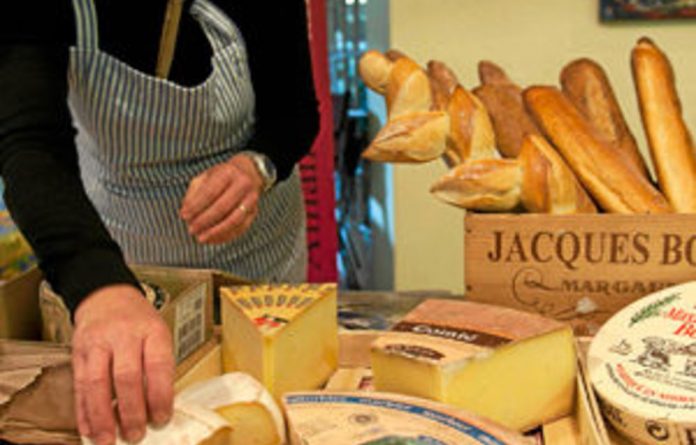 My Belgian father thought nothing of putting Roquefort cheese on his six-year-old child’s school sandwiches.

As a result I was ostracised at break time. My stinky sandwiches had kids scurrying for the outer boundaries of the courtyard. This was in the 1970s and South Africans by and large knew little of cheese other than sweet-milk and plastic Gouda.

My food education started early. Papa liked his steak blue (practically unheard of then, when braai was king), enjoyed calves liver with onions and red cabbage and ate raw herrings. On the rare occasion a schoolfriend visited for Sunday lunch, he thought my family was trying to poison him.

My good fortune, though I was ambivalent about it at the time, was thanks to the presence of a large contingent of the French, here to build the Koeberg nuclear power reactor. The local Pick n Pay flew in all their favourite Frenchy things, which didn’t stop my father attacking the manager.

“You are selling old vegetables!” he yelled, brandishing a witloof as if he were about to pistol-whip the poor man.

“Witloof starts out white and goes green, you sans-culotte,” said Papa in a thunderous voice. “This has expired.”

“If this was Greece,” chipped in our Cypriot neighbour, nodding in agreement with Papa, “we’d have you shot for selling such vegetables.”

A spirited renaissance
Today we actually grow witloof or Belgian endive on specialised hydroponic farms near Stikland, though it has become a fairly regular sight on Cape Town supermarket shelves only in the past four years or so. Cheese, too, has had a spirited renaissance, with fine local productions in any number of styles. Most supermarkets and many delis carry some imported French cheeses, but the crème de la crème is somewhat harder to find. At least I thought so, until I discovered the weekly French market at the ­Alliance Français.

The vivacious and enterprising Suzanne Himely imports directly (Icelandic volcanoes notwithstanding) and she has exquisite taste. The cheese is sold exactly ripe and there is a fair selection: camembert from Normandy; Pyrenean vache; unpasteurised brie de meaux; ewe’s milk Roquefort; Delice triple-cream cheese (it’s like butter!); Tomme de chevre, a soft goat cheese, and the harder Buche de chevre; Mobiere, with its distinctive line of decorative vegetable ash bisecting the rounds; and the most unusual-looking Langres from the Champagne region with orange-colour rinds and a creamy interior, ideally eaten with a dash of cognac dribbled over it.

Of course Himely also has heavenly pâté de foie gras, saucisson (cured sausage), sanglier (wild boar and Armagnac terrine), goose rillettes and a range of truffles and ­condiments no gourmand should be without.

The Alliance itself has a pleasant, relaxed café with free wifi and huge coffee cups. The bilingual menu offers salads, pies, quiches, sandwiches and a daily dish priced at R35 with chicken (à la king on Thursday and honey mustard on Saturday and Monday), and alternatives such as sausage “cake” on Friday or beef stroganoff on Wednesday. The service is laid-back, the food modest. On Friday afternoons, in good French form, most of the tables, I have noticed, have on them an open bottle of wine by midday.

Coming a long way
Not to do down the locals, if you wish to explore the awakening of South African artisanal cheese, stopping in at the Real Cheese Shop in Observatory is a must.

Here you can sample such scrumptious cheeses as mature, unpasteurised cheddar (as our supermarkets annoyingly keep running out of vintage cheddar) from the Buffeljags-rivier (incidentally, the cheesemaker is French trained); aged cheddars from Gay’s Guernsey dairy in Prince Albert; sheep’s pecorino from Ovis Angelica in the Free State, which has a delightful, slightly sour aftertaste; boerenkaas from the Eastern Cape; gorgonzola from Guateng; and local asiago and fontina. Among the 150 varieties or so the shop carries, there are also the weird and wonderful: pepper pecorino from Tulbagh and cumin, Mexican hot and pecan-nut cheese.