With space shuttle era over, Nasa prepares for Mars mission 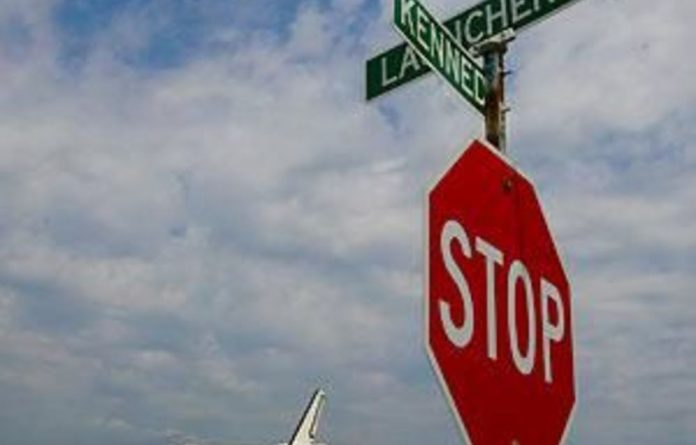 Nasa moved on to a new chapter in space exploration on Friday, a day after the end of its shuttle programme, by announcing details of plans to determine if Mars has or ever had the ingredients for life.

Atlantis has completed her final space voyage, marking the end of an era for Nasa’s 30-year shuttle program, which cost an average of $500-million per mission since it first launched in 1981. Take a journey with us through the past 50 years of spaceflight and exploration.

Managers at the US space agency said a robotic science laboratory, being prepared for a November 25 launch, will land in August 2012 near a mountain in a crater on the planet most like Earth in the solar system.

The announcement came after the final curtain fell on Nasa’s 30-year-old space shuttle programme with Thursday’s landing of shuttle Atlantis at the Kennedy Space Centre.

A detailed blueprint of Nasa’s follow-on space exploration strategy is still pending and many Americans fear the demise of the shuttle programme means the United States is relinquishing its leadership in space.

But US President Barack Obama has said the objective is to build new spaceships that can travel beyond the shuttle’s near-Earth orbit and eventually send astronauts to asteroids, Mars and other destinations in deep space.

At a Cape Canaveral briefing next Wednesday, Nasa officials will discuss preparations for the agency’s upcoming Juno mission to Jupiter. The unmanned spacecraft, set for launch in August, is expected to reach Jupiter’s orbit in July 2016 and should further understanding of the solar system’s beginnings by revealing the origin and evolution of its largest planet.

“A lot of attention has been given to the event that concluded yesterday with the landing of the space shuttle, marking really the turning of the page to a new chapter in human exploration of space,” said Nasa chief scientist Waleed Abdalati.

“Things change, things evolve, but what remains constant is the urge to explore, to reach out beyond where we are and understand our surroundings and our place in it,” Abdalati said at the National Air and Space Museum in Washington, DC, where the landing site for the Mars Science Laboratory was announced.

Nasa plans to turn over its three space shuttles to museums and regroup for development of the new manned exploration programme. This will be aimed at the inner solar system, which so far has only been explored by robots, albeit increasingly more capable ones.

Among the most sophisticated probes in the offing is the plutonium-powered roving Mars Science Lab, nicknamed Curiosity, which is being prepared for launch in November.

Twice as long and five times heavier than previous Mars rovers, Curiosity packs 10 science instruments, including two for on-site chemical analysis of pulverised rock. With it, scientists hope to learn if Mars has or ever had the organics necessary for life — at least life as it appears on Earth.

‘Stunning’ rock mountain
Scientists spent five years mulling 60 possible landing sites before narrowing the list to four: Eberwalde Crater, Mawrth Vallis, Holden Crater and — the winner — Gale Crater, which sports a stunning 5km-high mountain of rocks rising from the crater floor. That’s about twice the height of the stack of rocks exposed in the Grand Canyon.

Analysis from Mars-orbiting spacecraft shows the base of Gale Crater’s mountain includes both clays and sulfate salts, the only site among the four finalists with both types of materials available.

“Those are key classes of minerals that tell us about the environment on Mars and the interaction with water. Water is critical to habitability,” said geologist Dawn Sumner, with the University of California at Davis.

Scientists do not know how the mountain formed, but it may be the eroded remnant of sediment that once completely filled the crater.

“If you start at the bottom and you go to the top, it’s like reading a novel and we think that Gale Crater is going to be a great novel,” said lead mission scientist John Grotzinger, with the California Institute of Technology in Pasadena.

Though Curiosity’s mission is scheduled to last two years, scientists hope the rover will live past its warranty.

One of a pair of Mars rovers that arrived for concurrent three-month surveys in January 2004 is still working. Its twin succumbed to the harsh Martian environment only last year. They returned evidence that Mars was once far wetter and warmer than the dry, cold desert that exists today.

“Gale Crater is interesting to explore because it crosses what we think is a major time boundary on Mars recorded in its mineral history,” said Brown University geologist Jack Mustard.

“That boundary marks a change from an early wet, hospitable environment that would have been suitable for life to a middle period where conditions may have become more hostile. We believe that at Gale Crater, we have located that boundary where life may have sprung up and where it may have been extinguished. That’s why we’re going there,” he added.

Analysis of Nasa data shows that although SO₂ emissions around the world have fallen by about 6%, the levels are high enough to harm the health of billions of people.
Read more
World