If it makes you happy – 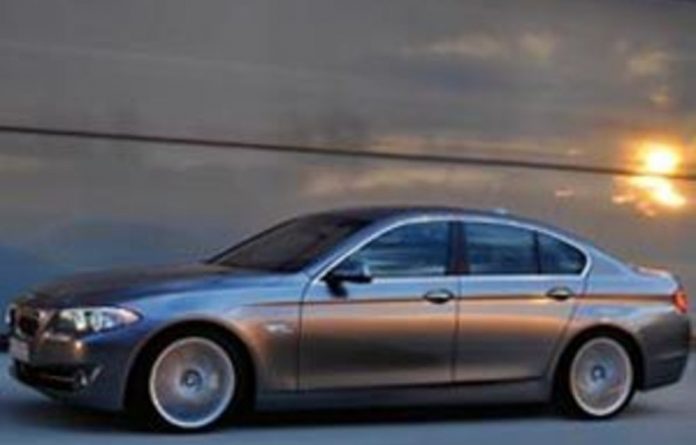 There was the slightest hint of controversy at the announcement of the South African Guild of Motoring Journalists’ Car of the Year (Coty) competition a few months ago.

There were two winners this year and this was understandably frowned upon, primarily because the winning carmaker usually makes a bit of a hullabaloo about winning the competition.

Because I didn’t have three days at my disposal to drive and assess the finalists I haven’t been closely involved with the competition but I do know that the guild recently revamped the scoring process to make it more transparent and that’s obviously laudable.

However, in making the scoring and testing process simpler, better, faster, the guild unwittingly forgot to prepare for two cars — the VW Polo 1.6 litre TDI (R213 100) and the BMW 530d (R673 100) — accumulating the same number of points. Thus a tie emerged and we ended up with two winners.

The scoring process has since been fine-tuned to avoid dual winners becoming a habit and in the interim both winners have been magnanimous in sharing the spoils.

It can’t be that bad
Sharing the trophy with a car less than one-third the price of the 530d doesn’t bother Kilfoil.

“They’re both really good cars and they both deserved to win,” he added.

Indeed. Having driven both cars, I have to agree that they are exceptional in their categories and while they could never be direct competitors, they are nonetheless accomplished cars.

I have spent a great deal of time now with the 530d, and not wanting to buy in to the hoopla of it being a Coty winner I have been trying very hard to find fault with this car.

Instead, I discovered that it’s so good at everything it does — so self-effacing in its power, so casual in what could easily have been a haughty disposition and so sumptuous in its refined interior — that it even cheered me up when I had to drive myself to the doctor recently with a raging fever that had me shaking like a junkie on a detox the whole way.

This season’s dreaded lurgee is particularly awful and after being given a prescription for the heaviest (and biggest) antibiotic pills I’ve ever come across, I thought it said a great deal about the 530d that it was able to cheer me up under such morose conditions. Then (pardon the pun) to drive the point home, Sheryl Crow’s cheesy If it makes you happy assaulted my brain and the airwaves as I drove home from the doctor.

But now with a thoroughly consummate package of dynamics, comfort and practicality, I’ll be surprised if it doesn’t jump into the best-seller position in this segment.

With a straight-six diesel engine pushing out a healthy 180kW of power and 540Nm of torque, the 530d has the sort of athleticism that ensures you have all the power you could possibly need.
BMW efficient dynamics technologies come into play with features such as brake energy regeneration and through the lightweight construction of certain compartments.

The eight-speed sport automatic transmission has paddles behind the steering wheel to manually change gears, but you won’t use it much as the gearbox does a much better, faster job of changing gears than you would.

Of course, the comfort is among the most impressive features — not just because of the plush interior but also because of the lengths to which various technologies interact to ensure a very smooth drive. Dynamic drive control allows for the suspension set-up to be configured in accordance with your driving style with everything from comfort to sport+, which depending on the option you’ve selected, will ensure that you feel a difference in the steering and accelerator pedal as the car adapts its systems to suit your needs.

The über-luxurious
Switch over to sport+ mode and the dynamic traction control kicks in together with the driving stability control to facilitate a smidgeon of slip, which would hopefully enable a little bit of drifting. Why you would want to drift a car like this I’m not entirely sure of but it seems determined to cater to all needs.

Part of the components combining to provide the dynamic drive we’ve come to expect from BMWs is a chassis management system, which relies on sensors to determine your driving behaviour and will then adjust the drive train and suspension to provide maximum stability. However, this is only available on cars with active steering and adaptive drive.

If you’re feeling a little lethargic you can pay for the parking assistant option, which will steer the car into a parking space while you control the pedals.

The 5-Series is built in the same plant as the 7-Series and the Gran Turismo 5-Series, and is therefore in a class of über-luxurious cars.

The 5-Series has been around for quite a few months now but we thought given its Coty status it was worth reviewing. Given that the 5-Series has sold about 5.5-million units since its debut in 1972, its accomplishments warrant a little attention, and this is why we’ll be putting it through the wringer in the months ahead.