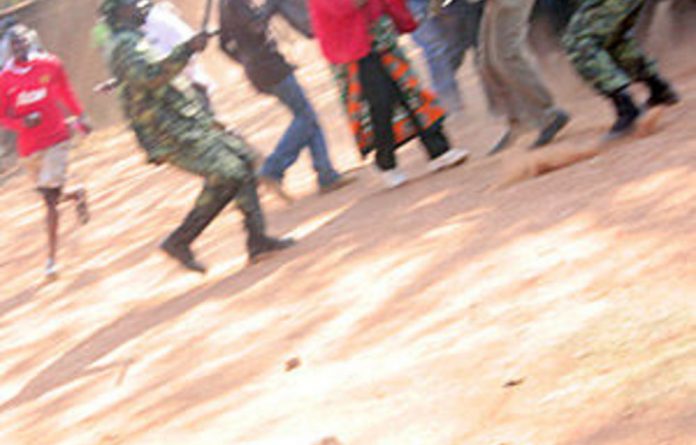 Malawi journalists were beaten by police in churches and hospitals in Lilongwe, and were blamed for the demonstrations that swept the country last week.

The country’s radio stations were also shut down in the “national interest”.

Meanwhile, Mutharika accused the protesters of being “led by Satan”, in an address to the nation.

Speaking by phone from hospital in Llilongwe, journalist Isaac Kambwiri from Capital FM told the Mail & Guardian that media workers were being blamed for the protests.

“Right now I’m in pain. I’ve been whacked on my head [by police],” said Kambwiri.

“I told them I’m a journalist. They said ‘you guys from the media are the ones promoting the unrest by writing articles’. The police hit me. I have a deep cut on my head. It has exposed my skull. I am in hospital bleeding.”

Kambwiri said protests — and police brutality — were rare in Malawi.

“Journalists are being harassed by police. I know of about six of us, four from radio and two from print, being severely beaten.

Kambwiri then cut short his call, saying armed police had arrived at the hospital.

Meanwhile, private media houses shut down last week after they heard that their buildings were about to be torched, said Kondwani Munthali, a journalist from Nation Publications.

“Staff left when they heard they were about to be torched. My camera was confiscated by police and they detained me for about an hour,” he said last week.

“We went to the Lilongwe Community Grounds where the demonstration was going to start and people had gathered. The police shot teargas at us.”

On July 20, the day Malawians were killed, the journalists moved in a group to the Lilongwe Presbyterian Church where they thought they would be safe. Within minutes, riot police surrounded the building beat the journalists.

Munthali said: “I have a swollen back and bruises. Police said we should get out of this place but then another policeman blocked the entrance, saying “Here are the troublemakers”.

They had sjamboks and sticks and beat us, he added, describing fellow journalist Amos Gumulira who now has 17 stitches from a wound inflicted by police officers.

A Joy Radio journalist, Chimjeka, told the M&G he had been in a crowd at the Lilongwe Community Ground, when a police officer jumped out of his vehicle “and hit me with a gun”.

“I fell on the ground and started bleeding in my ear.”

“We would like to appeal to the Malawi Police Service to respect journalists in their line of duty.

Journalists have a key responsibility to objectively report on proceedings of the demonstrations without fear or intimidation from any quarter,” said chairperson Anthony Kasunda.

“Journalists are citizens with full rights and they are free to cover the demonstrations as well as participate as the media is also aggrieved with the amendment of Section 46 of the Penal Code and the enactment of the infamous Injunctions Act,” he said.