Sharing, caring, and being inspired by Eve 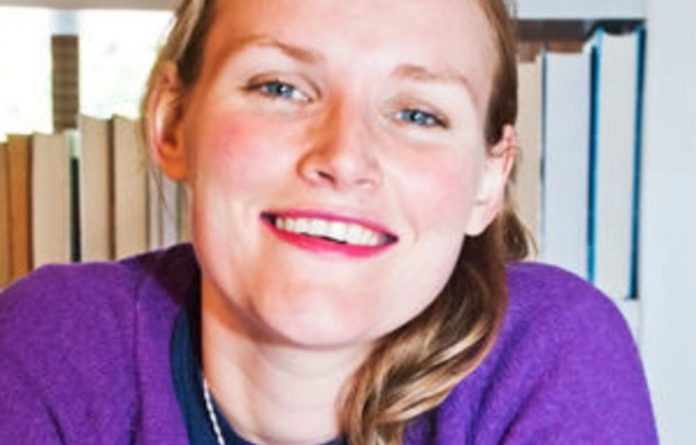 The first time I watched the Vagina Monologues it was on tape in a residence common room crowded by eager young women who were shocked, excited and delighted at the film.

Her performance, and her interviews with other women who wanted to talk about their vaginas, made it clear that women should not be afraid to talk about them, and should when possible, shout about them in all their glory from the rooftops. I was immediately convinced by her arguments, her prose and the stories that she told. Some in the room however, were not.

We talk to Vagina Monologues creator Eve Ensler about her new play I Am An Emotional Creature: The Secret Lives of Girls, featuring a young, mostly South African cast.

They were afraid to talk about their vaginas. Sometimes it was because they simply didn’t know where to start — it was sometimes their first time talking about it to anyone, and sometimes their first time saying the word out aloud. One of the pieces in the Vagina Monologues is about reclaiming the word ‘cunt’, and one young woman, for the first time in her life, shouted the word as she walked up the stairs. We all got goosebumps — it was an act of liberation.

But some of us remained trapped inside ourselves when it came to the scary stories we weren’t ready to share. There were stories that seemed too painful to speak, or too powerful to let out into the world.

The second time I watched the Vagina Monologues it was in a performance at Rhodes University. The stories came alive and a young woman shared her personal story of rape and sexual abuse. She had to smoke continuously throughout her tale to calm her nerves — or perhaps she just needed something to hold to keep her in the present when the past threatened to swallow her. She and her vagina had begun to talk. It wasn’t easy.

When I started the My First Time writing project in 2010, breaking the silence and creating a sense of solidarity amongst story sharers was my ultimate aim. In the tradition of feminists before me, I asked women to share a story of a significant first time, and to send it in to me via email. The ultimate aim was to create a book of stories for women to share amongst themselves, so that, if they couldn’t tell their story, they might at least be able to talk about the topic. I hoped it would start the conversations I believed we needed to have as women.

Incredible women from around the world shared like there was no tomorrow. Over 80 stories came in within one week. In order to allow others to benefit from the writing, I started a blog. I put up one story a day anonymously, in support of those women who needed to tell their story in a space without judgment.

First times for everything
I received one story called “(This is) My First Time talking about my vagina” where the writer describes her path to the discovery of pleasure in her body. In another story, “The first time I got my vagina waxed” the writer tells of the painful of succumbing to the pressure of the “beautiful vagina”, and how she wasn’t sure the pain was worth it. Many more stories allowed women to speak openly about their vaginas and all that went with them.

These stories reflect the lived experiences of the women who shared them. Some of them will make you smile until your face hurts, and others will stop just short of breaking your heart. They are honest and powerful, and none of them hold back.

My First Time has published over 200 stories online, and will be published by Modjaji Books in book form in 2012. The first book in the series will focus on sex and sexuality. Our aim now is to get well-established female public figures to write us stories that will feature in the book — women like Eve Ensler, who is producing her latest play I am an Emotional Creature in South Africa at the moment. I hope that they support those who might not be ready to tell their story yet, but who will feel better knowing someone else has been there.

Jen Thorpe is a feminist and the creator of the My First Time writing project, where women and girls have the freedom to share their experiences, and she hopes that women like Eve Ensler will share their stories with the project.

Cumtree boorish attitude as sexy as catching a virus