Sisters are doing it to themselves 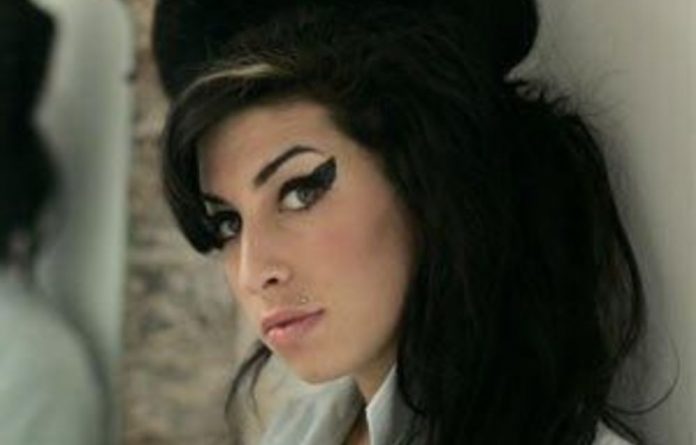 The death of Amy Winehouse at the age of 27 has led to the usual predictable comparisons to the rest of the “27 Club”, that group of musicians who died at the same age, and comparisons to other stars who ultimately lost their lives to rock ‘n roll excess. The list is far too long.

But there is another group that she has joined — women who, despite finding success in their careers and being lauded for their talent and beauty, are never able to overcome addictions that ultimately cost them their lives.

And unlike their male counterparts, who are sometimes celebrated for their ability to sustain their rock ‘n roll lifestyle or, even after their demise, become icons of Dionysian excess, women are often expected to live out their addictions privately and politely.

Deviation from this results in more sweeping moral judgments about character — no one is surprised when famous females who struggle with addiction have distractingly disastrous personal lives.

Winehouse’s increasingly emaciated frame was featured in trashy gossip magazines. The message? Addiction ruins your looks, and that isn’t what we want to see in a female pop star.

And as for the “little girl lost” allusions, pleas from her parents that drug dealers leave her alone, comments in the wake of her death that “we”, the public, all should have seen it coming and done more to protect her, alongside complaints that too much attention is being focused on a junkie who did it to herself — wherever the truth lies, she is not the first, and sadly, will not be the last.

Billie Holiday
The iconic and influential Billie Holiday was renowned for her graceful stage presence, which led to her nickname, “Lady Day”. Behind this persona, however, was a woman with a difficult past, including a brief stint as a prostitute, and whose addiction to heroin was spinning out of control. As soon as her career started to take off in the 1940s, she began to spend a large percentage of her earnings on her habit, and found herself serving time for possession at the height of her career. She was never able to overcome her addictions, despite legal intervention, and her voice and physical appearance began to suffer as a result. She was eventually hospitalised with advanced heart disease and cirrhosis of the liver, and was arrested for possession while on her deathbed. She died under police guard on July 17 1959, aged 44.

Judy Garland
There are many who had no idea that the bright-eyed young girl in The Wizard of Oz was already hooked on amphetamines, drugs provided by MGM Studios to help the starlet cope with a demanding, exhausting schedule. This was the beginning of a series of addictions that would eventually claim her life. Garland was known for a chaotic personal life, and suffered severe insecurities about her appearance, and turned to drugs and alcohol for comfort. It was her long-term abuse of prescription medication that led to her sudden death in 1969 at the age of 47.

Janis Joplin
A member of the “27 Club”, Joplin was known for a rock ‘n roll lifestyle that rivalled that of her male contemporaries. She started using LSD, amphetamines and heroin in her late teens, at the beginning of her musical career in the early 1960s. By her early twenties, her friends, noticing the physical damage she was causing herself, staged an intervention that saw her change her image and lifestyle. But this did not last long. After leaving university, and rebooting her musical career, she relapsed into heavy drug use. By the time of her Woodstock appearance in 1969, she was using heroin daily, even though she would occasionally claim that she drank alcohol, but did not touch drugs anymore. A number of attempts to get the singer treatment for her addiction failed, and, in 1970, she succumbed to an overdose.

Brenda Fassie
South Africa’s most famous diva was no stranger to the world of addiction, something that first came to public attention in 1995 when her lover, Poppie Sihlahla, died of a cocaine overdose in a hotel room they were sharing. Fassie received treatment after the incident, but would continue to struggle with the drug, with frequent visits to rehabilitation facilities and more than one hospitilisation following accidental overdoses. Her death in 2004 was initially reported to be the result of an asthma attack, and she was visited in hospital by Nelson Mandela and Thabo Mbeki, but post mortem results revealed the truth — a cocaine overdose had killed her.

Buyel’Ekhaya Mtase: This land of ours shrouded in song