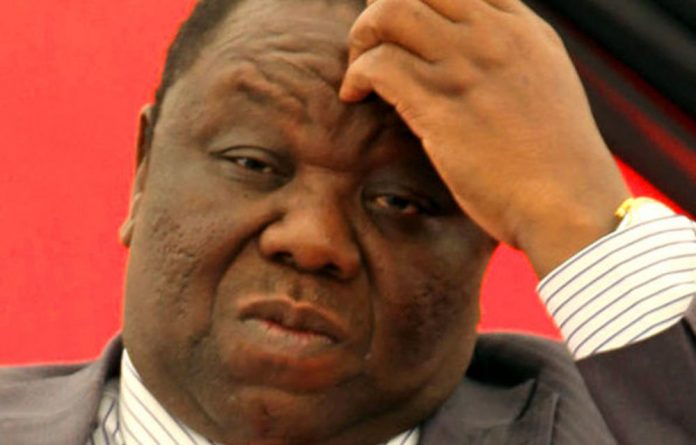 Zimbabwe’s Movement for Democratic Change (MDC) leader Morgan Tsvangirai has said his party would emulate protests that toppled governments in North Africa if it deemed it necessary, Zimbabwe’s Herald online reported on Monday.

Addressing his supporters in Chegutu on Sunday, Tsvangirai said some people blamed his party for not violently toppling the government.

“I want to tell foreigners who have been saying the MDC are this or that, they have to know that each struggle has its own milestones.

“Yes, those in Egypt might have gone to the city and toppled the government while those in Libya had to take weapons, in Malawi they are in the streets.

“The way we fight differs because the people and the conditions in that country define each revolution … another tactic can be employed … we don’t want violence.”

He urged Copac (Zimbabwe’s Constitution Select Committee) to expedite the constitution-making process so that the country could have a referendum in October or November this year.

“There must be an agreement that there is no violence as we go for elections and there should be a guarantee that whoever wins, will be respected,” he said.

‘Threat to elections’
Zanu-PF is demanding the resignation of the head of the Zimbabwe Electoral Commission, creating an early threat to newly agreed regulations that would bring far-reaching reforms of the way elections are run in the country.

If passed, the Zimbabwe electoral amendment Bill, a raft of electoral reforms agreed to by Zanu-PF and the MDC, will remove control of elections from an office run by a long-time ally of President Robert Mugabe and hand it to the commission.

But war veterans, the radical core of Zanu-PF, have put pressure on the head of the commission, retired Judge Simpson Mutambanengwe, to step down over alleged criticism of the war veterans’ behaviour and his insistence that Zimbabwe is not ready for elections.

According to the Bill, Mutambanengwe is mandated to run all elections, including a referendum on a new Constitution, expected by year-end, which would pave the way for new elections. The commission will also be responsible for printing and distributing ballot papers and the demarcation of constituencies, a task previously performed by a delimitation commission.

Under the new law the electoral commission will have to release the results of the presidential elections within five days, preventing a repeat of 2008 when it took five weeks before the results were announced.

‘Phantom voters’
Observers see the reforms as a major concession by Zanu-PF, which has had a tight hold on the electoral process. For decades elections have been run by the registrar general, Tobaiwa Mudede, a Mugabe supporter. He has also presided over a much-criticised voters’ roll.

Last month the South African Institute of Race Relations exposed the fact that an additional 2.6-million voters appeared on the roll. “Phantom voters” include more than 40 000 people over the age of 100, 17 000 of them born on the same date — January 1 1901.

Douglas Mwonzora, MDC spokesperson, said: “The electoral reforms are the first steps in the right direction and a clear respect of the people’s will.”

Those gains now seem to be linked to Mutambanengwe’s future. One of the founding leaders of Zanu-PF, he was described by the party as “a man of questionable moral standing in society”.

‘Matter of urgency’
Leaders of the war veterans said they wanted Mutambanengwe to step down because, at a summit in Europe, he had accused them of violence.

Such remarks, they said, were “synonymous with the regime change agenda proponents, hence the need for Justice Mutambanengwe to resign or be fired from the country’s electoral body as a matter of urgency”.

He denied making the comments and said the charges were “a complete falsehood”. But he has previously raised the question of whether Zimbabwe has dealt with its “culture of violence” adequately to allow for free elections.

Mutambanengwe also said that Zimbabwe did not have the money to hold elections, which would require $240-million. He said the commission was “barely surviving” with only $8.5-million allocated to it.

“It is provided for in the constitution that we have to be adequately funded. If our programmes are held back because the funds are not forthcoming, who should say something about it?” he said this week.

This has angered Zanu-PF, which is still insisting on holding elections despite opposition from rivals and regional leaders. — Sapa, staff reporter