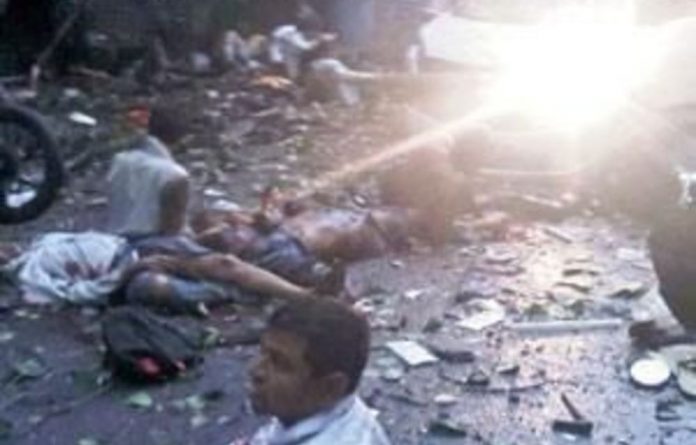 Nepalese police have detained an Indian man in connection with the triple bomb blasts in Mumbai on July 13 that killed 24 people, media reports said and a police source told Agence France-Presse on Tuesday.

The officer, who spoke on condition of anonymity, identified the man as a 43-year-old from the eastern Indian state of Bihar. Anti-terrorist police raided his apartment in Kathmandu on Saturday, he said.

“He was arrested on suspicion of his links with the Mumbai blasts,” he added, explaining that police were probing text messages and phone calls to someone in the Indian city.

It would be the first arrest anywhere in connection with the Mumbai explosions, the first attack on the city since the traumatic November 2008 assault by Islamist militants that left 166 dead and more than 300 injured.

Nepal police spokesperson Nawaraj Dhakal confirmed an Indian man had been detained but denied it was related to the Mumbai blasts.

Investigation kept under wraps
The police source, who said he took part in the operation to arrest the suspect, stood by his account and suggested senior officers wanted to downplay the detention while an investigation was underway.

The state-run Nepalese newspaper Gorkhapatra and Indian television channel CNN-IBN also reported Tuesday that an Indian man had been arrested on suspicion of being involved in the Mumbai blasts.

The development, if confirmed, would provide valuable clues to police in India’s commercial capital who have struggled with the case despite the deployment of forensic teams and top detectives.

Anti-terrorism squad officers fear that monsoon rains which lashed Mumbai on the night of the attacks and for days afterwards may have hindered the search for vital clues.

Police have said the three rush-hour bombs, targeting gold, jewellery and diamond trading hubs, and a residential area, contained ammonium nitrate and were set off by timer devices.

Mujahideen investigated
Teams of intelligence officers have fanned out around the country to interview members of the Indian Mujahideen, a home-grown Islamist miliant group suspected of being behind the explosions.

Two suspected members arrested in Mumbai earlier this month in connection with bombings in the western city of Ahmedabad in 2008 have been questioned, police have said, as have people with known links to the criminal underworld.

The Indian Mujahideen claimed responsiblility for the Ahmedabad attacks and a series of blasts across the country that year, including in the capital New Delhi.

Nepal and India share a 1 751km-long porous and open border, which wanted suspects have often used to flee from India. — AFP