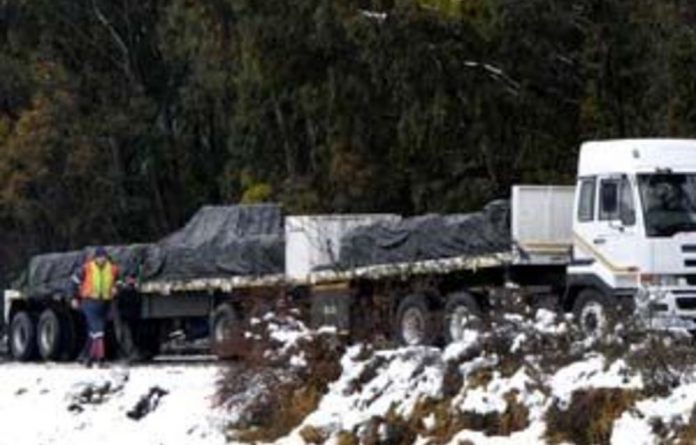 The N3 highway at Van Reenen’s Pass between the Free State and Kwazulu-Natal remained closed on Wednesday morning, the N3 Toll Concession said.

“At this stage it remains closed. We are still in the process of removing obstacles in that area,” spokesperson Andy Visser said.

The road was closed on Monday evening after heavy snowfalls in the area.

Visser said that the weather had “cleared-up” and that the road could be reopened later on Wednesday morning. There was “quite a serious traffic backlog” which needed to be cleared before other travellers could make use of the pass.

There were still about six trucks blocking Van Reenen’s Pass, she said.

The snowfall across the country is over and skies will start clearing soon, a forecaster said on Wednesday.

Mofokeng said some rainfall could be expected on the KwaZulu-Natal coast between Durban and Kosi Bay on Wednesday morning, but skies would start clearing from noon onwards.

“It is going to remain clear in most of the country.”

The Lesotho area would remain cold but no more snow was forecast.

A weaker cold front was expected to hit the country on Wednesday night.

“During the day tomorrow [Thursday], that cold front would be felt in the Western Cape and southern parts of the Northern Cape, but the cold front is not that strong,” said Mofokeng.

However, people should still prepare for a cold weekend countrywide.