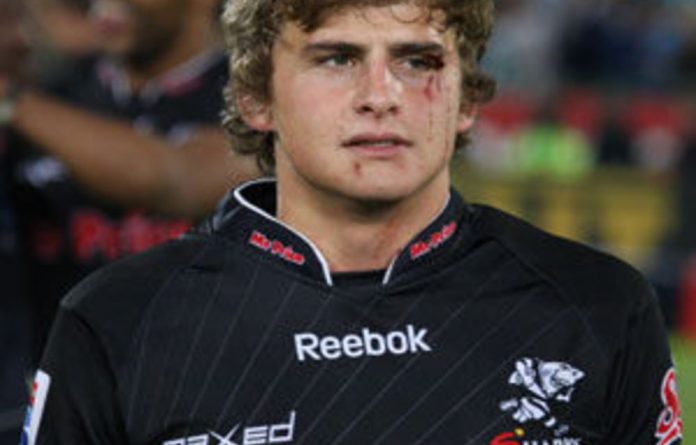 Lock Gerhard Mostert will play his first Test for injury-ravaged South Africa while young talent Patrick Lambie is set for his first start — at fullback — against the All Blacks in their Tri-Nations Test in Wellington on Saturday.

The 26-year-old Mostert replaces Flip van der Merwe who was sent home with a rib injury suffered in the Springboks’ 39-20 loss to Australia in the Tri-Nations opener while Lambie — who normally plays flyhalf for the Sharks — comes in for the injured Gio Aplon in the side named on Thursday.

Flanker Jean Deysel will also make his first start, with Danie Rossouw shifting to number eight and Ashley Johnson dropped to the bench for the Springboks who had left more than 20 of their frontline players home to rest for the World Cup in New Zealand starting on September 9.

Adi Jacobs starts at outside centre with Juan de Jongh moving to inside centre. Wynand Olivier has been dropped to the bench.

“We have had a few injury challenges on this tour and last week was not a good start but we have learnt from last week’s match,” coach Pieter de Villiers said in a statement.

“There have been some frank exchanges this week and the players know what is expected from them and that this is their opportunity.”

The team will be captained for a 78th time by John Smit in his 104th Test. — Reuters

The World Cup-winning coach has an impeccable CV, with an illustrious coaching career that has taken him all over the globe. But he has a reputation problem
Read more
Advertising
Continue to the category
Education