The hippest donkey in town 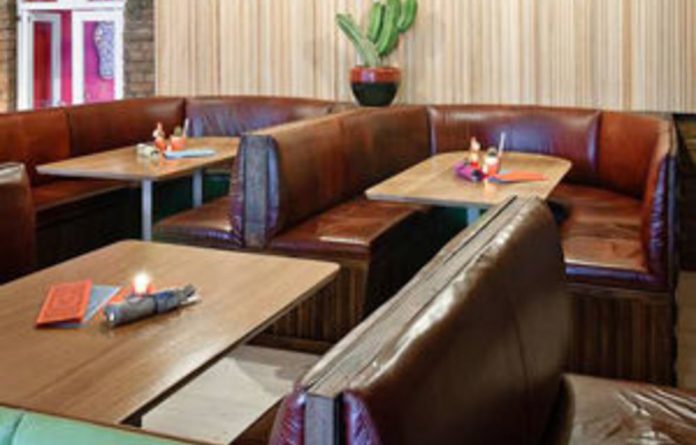 It’s a well-known fact that Capetonians hibernate during the winter. We don’t like to get our feet wet, or go out in temperatures below about 10 degrees. An acquaintance of mine recently cancelled a flat viewing at short notice, adding simply “it’s raining”, by way of explanation.(Though whether this was due to hibernation or a faulty roof, remains to be seen.)

So what is it about El Burro, that makes it impossible to get a table, even in mid-winter?

“It’s been like this since we opened in October,” says Nic Haarhoff, one of the joint owners of El Burro, when I quiz him about it. He sounds relieved, rather than triumphant. “We’re fully booked by 6pm on the night, I would say at least four nights of the week.”

Inspired
The restaurant, which offers diners a lighter form of Mexican food than many South Africans are used to, started out after one of Nic’s business partners visited Mexico 11 years ago.

“He came back and said, ‘I want to do a Mexican restaurant.'”

The four partners, Rene Jellis, brothers Sascha and Hugo Berolsky (who’re also behind Royale, and Assembly), and Nic, talked about it for years before the restaurant became a reality.

“We used to sit in Royale, and knock around names, and Mama [the iconic woman who Royale patrons will no doubt know] used to sit in the corner and say ‘El Burro, El Burro’ [the donkey, in Spanish]. After a while it stuck.”

Authentic and fresh
Instead of serving up rich food, drowned in melted cheese, the partners decided they wanted to do things a little lighter. “I wanted people to be able to order a starter and a main course and not feel ill at the end of it,” Nic tells me. “All our food is made fresh, we don’t buy in anything except our flour tortillas. Only three or four items on the menu actually include cheese.”

They’re still struggling to source ingredients — “some Mexican recipes call for seven different kinds of chillis; which we just don’t have” — says Nic, they are producing certain Mexican specialities, like corn tortillas which are made on the premises, with authentic Mexican corn flour, imported at astronomical prices. There is also goat, when available. “We serve the goat as a Taco. We make a paste from ground toasted almonds, ground walnuts, ground coriander seeds, cumin, cinnamon, garlic. The paste is then fried up with some onions and then we add lots of tomatillas to create a sauce in which the meat is slow braised for about 6 hours.”

Authentic ethnic food can certainly make for a popular haunt, but what else is it that makes for such popularity, though?

Nurturing the regulars
“I think our ‘success’ can be broken down into a few areas: fresh, consistent food (the consistency took us a while to achieve but I think we are there now), value for money, the fact that we are still owner run, except for about 3 nights a week, and the fact that we have tried to nurture regulars from the beginning… I would say about 50% of business or even more is now made up of regulars, for which we are eternally grateful.”

Sitting on the balcony overlooking the stadium, one unseasonably hot afternoon, I can see that Nic is right. Lunch service is certainly quieter than dinner, but the balcony is full, and a steady stream of regulars wander in. “Everyone’s here today!” says one man, greeting the other diners as he slides into a seat. The menu also seems to offer great value for money. At lunch time, during winter, many items on the menu are also half price. My tasty beef short rib taco, served with piping hot corn flour tortillas, is only R36, which is worth leaving the office for. Even in winter.