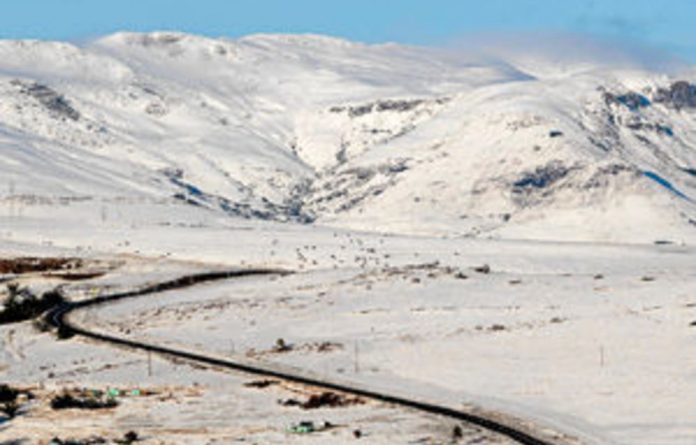 Opponents of the N2 toll road that will snake through the Wild Coast are ready to take their battle to the highest court following the controversial road’s approval by Environment Minister Edna Molewa this week.

The South African National Roads Agency Limited (Sanral) has fought tooth and nail to build the road from Durban to East London for the past 10 years but has faced fierce opposition from environmentalists, the local community and civil society.

Sanral argues that the Wild Coast community is one of the poorest in the country and would be well served by the development of a road system to encourage tourism and open up the region to economic opportunities.

“We are shocked by the decision, but not really surprised,” said Cormac Cullinan, lawyer for the local community opposing the road. “Considering the political support this project had, it was just a matter of time before the road was approved.”

Two years ago, before appeals were lodged against the road, Co-operative Governance Minister Sicelo Shiceka told the SABC: “The N2 road is going ahead. We will make sure that this thing goes ahead.”

Cullinan represents the Sigidi, Baleni and Mdatya communities, the Khimbili Property Association and residents in the amaDiba tribal authority living in the Wild Coast.

His firm was successful in getting the project canned in 2004 by then environment minister Marthinus van Schalkwyk, but Sanral reapplied in 2008.

Cullinan said the decision was flawed and his clients would in all likelihood turn to the high court if they could raise the funds for a lengthy court battle.

Effects of the toll road
The amaPondo had a proud history of resistance, he said. “There is no reason to believe that they would not be ready for a bitter fight if necessary. This road goes right through their ancestral land and will have a profound effect on their culture.

“Our first step would probably be to take the matter on review and seek an immediate interdict against the controversial Greenfields section through the Wild Coast.”

The contentious part of the toll road is 90km of new road to be built between Ndwalane and Ntafufu and between Lusikisiki and the Mthamvuna River. It would cut through the Pondoland Centre of Endemism and nine high-level bridges over river gorges would have to be built.

Molewa rejected 49 appeals against the road. The appellants argued that the public participation process was inadequate. But in motivating her decision the minister said she was satisfied that the process had gone beyond legal requirements. In considering the environmental impact assessment (EIA), however, Molewa said she was aware that there were communities along the Wild Coast who might be significantly affected by the construction of the road and who were not consulted. She ordered that their concerns be noted and agreement be reached between them and Sanral.

Opponents say this should have been handled during the public participation process. “This has put communities’ rights at risk,” said Cullinan.

Molewa said fears about biodiversity loss would be countered by the “wide-ranging” mitigation measures used. She dismissed an appeal to upgrade the existing road, saying that it was not viable.

The green light for the road also called up the ghost of mining in the region. Cullinan believed that miners would now apply for a new mining licence for the Xolobeni Mineral Sands Project. Mineral Resources Minister Susan Shabangu withdrew a mining licence granted to Australian company Mineral Commodities and its South African subsidiary, Transworld Energy and Minerals, in June. Cullinan said the road would make mining economically viable.

Regarding the mining, Molewa said: “It cannot be expected of the department of environmental affairs to base decisions on potential future developments on the information generated by the EIA for the proposed road.”

John Clarke, a development consultant on the Wild Coast, was flabbergasted by the decision, saying the mining project would now find renewed enthusiasm. “There is no doubt in my mind that the mining and the road are linked. This road is economically viable only if it is linked to the mine, and vice versa.”

Clarke said a lot of money would now have to be spent to fight the road in the high court. “This money was needed for building clinics and upgrading roads,” he said. Sanral could not be reached for comment this week.