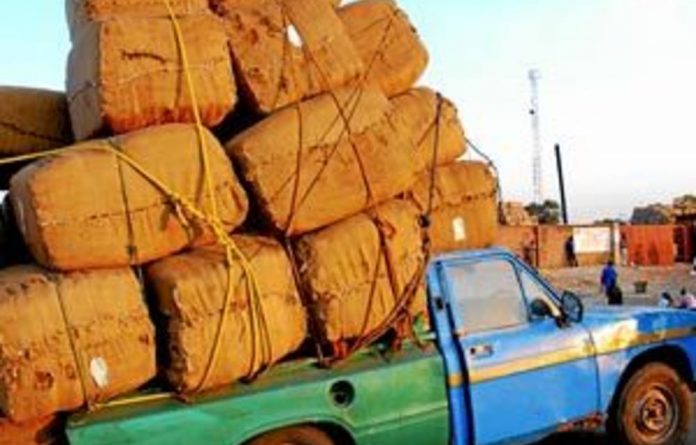 The collapse of the tobacco price in Malawi, the country’s main source of foreign exchange, helped to spark the protests last week that left 19 people dead.

Sales of tobacco have shrunk by 70% compared with last year, deepening a foreign currency vacuum that has led to persistent fuel shortages.

And it seems that a cartel of multinational tobacco buyers has for years colluded to keep prices low on Malawi’s centralised auction floors, leading to an epidemic of tobacco smuggling. In some cases the same companies have benefited from such unregulated sales.

In recent times prices have fallen so exponentially that farmers have had to resort to smuggling the “green gold” to neighbouring countries, where better prices can be sought.

This year the situation hit a new low, with about 300 farmers being arrested and charged with tobacco smuggling.

Caught up in the smoky haze of intrigue are international companies, the official auction house, the Malawian government and the police, as well as farmers and the Tobacco Control Commission.

But the only players who would speak on the record to the Mail & Guardian were the farmers, the commission and the police.

The deputy commissioner and head of community policing in the Malawi Police Service, George Kainja, admitted that something was wrong.

Evidence shows Malawi continues to lose millions of tonnes of raw tobacco to neighbouring countries through smuggling, he said. “For instance, research shows that about 15% of tobacco on the Zambian market originates from Malawi.”

He also indicated that in one season Malawi lost close to 90-million kilograms of tobacco through smuggling, with a resulting loss of foreign earnings and local taxes.

More than 60% of Malawi’s annual foreign exchange is accrued through tobacco exports and the government rakes in its main taxes and fees revenue from the crop. The green leaf also provides jobs for 75% of the population, directly and indirectly.

Farmer Haclin Banda told the M&G: “This year I planted 1 700kg of tobacco. This was more compared with last year but I did not manage to get enough proceeds to repay my bank loan and to pay my tenants and, in the end, to remain with something for my survival.”

Why are the prices low this year? Banda said: “When we inquired on low prices the buyers told us that they couldn’t manage to buy all the kilograms of tobacco due to oversupply. Therefore they were buying at a low price to finish off the tobacco on the market.”

‘We believe the buyers are making huge profits.”

Another small-scale producer, Ishmael Kazembe from Mangochi told the M&G: “Buyers have been offering low prices for the past three years, but this year is too much. Imagine a kilogram of burley tobacco being sold as low as 60 cents per kilogram?”

Growing the commodity is no longer rewarding, said Kazembe. “This year I have even failed to pay my tenants on time due to suspension of tobacco sales. As I am talking to you sales haven’t yet resumed, three weeks after they were suspended.”

The producer said that buyers are enjoying the fruits of his labour.

Farmers are also struggling to repay their bank loans. “When the growing season is starting we obtain loans from the banks with hopes that after selling we should repay the loan and find something for our survival, but it is proving to be difficult this year,” he said.

It is alleged that the two international companies at the centre of the storm, Alliance One Malawi and Limbe Leaf — majority owned by the giant Universal Corporation — have a history of co-operating to fix prices at a lower than normal rate and also of influencing the Malawian authorities.

According to a 2007 research paper by American academics Marty Otañez, Hadii Mamudu and Stanton Glantz, Universal Corporation and Alliance One “control policymaking advisory groups and operate a tobacco cartel to influence Malawi’s economic and trade sectors”.

The paper states that Limbe Leaf’s executives have sat on several policy-making committees that advise the Malawi government on tobacco-related trade policy. “The corporate representatives’ presence prevents other committee members from taking positions against the tobacco industry and ensures government policy that advances industry interests to obtain low-cost tobacco,” the paper notes.

Allegations of collusion between Limbe Leaf and Alliance One prompted Malawi President Bingu Mutharika in 2006 to warn the companies to end non-competitive practices or leave the country, but there was no meaningful follow-up action, the paper states.

The researchers claim that Malawi’s Tobacco Control Commission has been unable to end collusion between Limbe Leaf and Alliance One because the companies are powerful members of the commission’s board.

Mutharika, a former World Bank economist, has tried repeatedly to impose minimum prices, but the companies have simply responded with a buying freeze. With no major alternative purchasers the government was forced to relax controls.

In 2009 Malawi’s president revoked the temporary work permits of four foreign bosses of major tobacco-buying companies. He ordered them to leave the country immediately for persistently undermining his efforts to champion better tobacco prices.

As recently as May, Mutharika accused tobacco buyers of trying to sabotage Malawi’s economy by rejecting good-quality leaves and offering low prices.

Buyers have rejected more than half the leaves on offer since the selling season officially started on March 14, he said. “The crop is of national importance and if you reject 70% of the crop, what do you want to do?” he said. “Kill the economy? Do you want to sabotage this economy?”

According to the 2007 study a 2005 report by Malawi’s Anti-Corruption Bureau alleged that Limbe Leaf and Alliance One agree privately on the percentages of tobacco that each company will buy each day at auction, cautioning each other when either of them purchases more than the percentage allotted to them.

The study quotes another 2005 report to the Tobacco Association, which claimed “there is sustained, blatant and comprehensive collusion between the buyers”.

Historically, the Tobacco Exporters’ Association of Malawi, which represents the major buyers, has denied the existence of a cartel, arguing that global supply and demand determine prices.

The two main companies declined to answer the M&G‘s questions.

Limbe Leaf spokesperson Willie Zingani said: “It’s only the Tobacco Control Commission which is allowed to speak on behalf of buyers.”

Alliance One boss Hugh Saunders said: “Most of your questions are of a rather sensitive nature to both Malawi and the tobacco industry so I will have to discuss them with the Tobacco Control Commission who are the official body on issues of this nature.”

Mathews Chikaonda, who chairs the Limbe Leaf board, did not respond to the questions the M&G sent him, but he told Malawian media last week that the major contributing factor to the poor prices that tobacco leaves have fetched recently is “oversupply”.

Another player in the saga, Auction Holdings, which facilitates the sale of tobacco in Malawi, said: “All inquiries about tobacco should be directed to the Tobacco Control Commission, they are the ones mandated to talk about such issues.”

“The benefits producers are getting from tobacco are elusive, we have been engaging buyers on prices and we will continue to do that.”

On the surplus, Munthali said the Malawi government was yet to identify buyers.

This year’s tobacco earnings have dropped from the start of the selling season to July 1 compared with a year earlier, Munthali said.

“Malawi has sold 72-million kilograms of the leaf since March 14 compared with 130-million kilograms during the same period last year.” Asked whether the commission is aware of the profits the buyers are making, Munthali said: “We are just monitoring this transfer pricing issue and we will possibly find a way out.”

Low tobacco prices have forced some farmers to smuggle the “green gold” to neighbouring countries, where people believe the same buyers are offering better prices.

In reaction to the smuggling problem the Malawi Police Service, with the Tobacco Control Commission, embarked on an exercise to monitor and restrict smuggling.

According to the 2007 paper the buying companies are complicit in the illegal trade.

“Findings from interviews with small-scale tobacco traders in Malawi suggest that Universal and Alliance One International purchase smuggled raw tobacco from the neighbouring countries, Zambia and Mozambique, undermining growers’ efforts to benefit from tobacco farming in Malawi,” the study found.

These actions, the researchers warned, “restrict competition, depress tobacco prices for Malawi’s farmers and contribute to poverty in Malawi, while keeping the country dependent on tobacco-growing”.

Spy tapes: Can Hofmeyr keep Zuma off the hook?