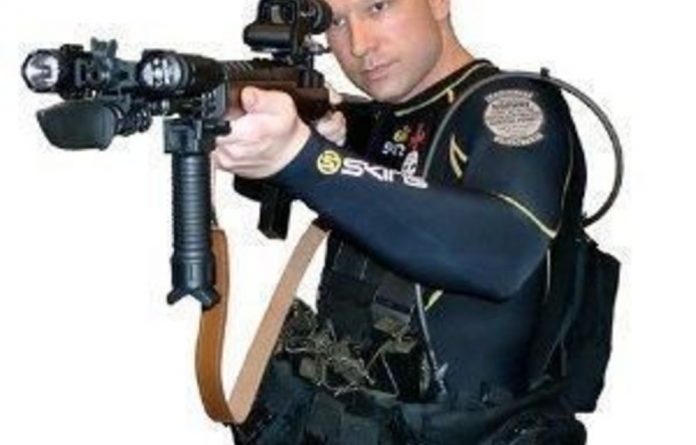 Record numbers of Young Liberals held Norway’s first summer youth camp since last week’s slaughter of 69 campers and the Oslo bomb that killed eight but police were posted to guard the gathering.

It is the first political party camp to start since Anders Behring Breivik opened fire on Utoeya Island last week as about 650 members of the youth wing of Norway’s Labour Party gathered there to debate left-leaning policies and have fun.

Seeking to halt Islamic immigration and restore what he saw as core European values abandoned by political parties, Breivik fired on many as they tried to swim away. The youngest were 14.

“The barbaric attack on the Labour Party youth summer camp was in many ways an attack on us all and by us I mean the youth political movement in Norway,” said Sveinung Rotevatn, leader of the Young Liberals.

Rotevatn, 23, said there was a “police presence” at the Young Liberals’ island camp off Norway’s south coast for the first time since the annual event began in 1926. The Labour youth group had encouraged them not to cancel, he said.

Campers wept
Some of the record-high 170 campers who turned up with tents and coolers wept or held one another as the camp opened with a tribute to those who died.

“We don’t want it to be just a mourning camp but it will be shorter than planned and will focus more on values than politics this year,” Rotevatn said.

All seven parties in Norway’s parliament have active youth wings, a robust tradition in Scandinavia, the Netherlands and Germany. Two postponed their camps after the attack while the Young Conservatives cancelled a “summer debate camp” altogether.

Questions over political camps
Norwegians have been surprised by comments outside the country questioning the suitability of political camps, where potential future leaders are groomed for office.

“In the English-speaking world the idea of these youth camps may convey images of totalitarian regimes and indoctrination of children but that is far from the reality,” said Frank Aarebrot, a University of Bergen political scientist.

“These youngsters are not sitting around admiring the party leadership. They’re promoting their own politics and mounting serious challenges to the mother party. There’s also the usual boy-meets-girl thing at camp.”

“Those kids last week were killed because they liked politics,” said Odd Einar Doerum, a former Liberal justice minister. “Politically active youths are not that large in number so we have to stand up for them.”

Several said they would try to keep parliament from authorising more hi-tech surveillance, saying that would be an “over reaction” to last week’s tragedy.

“I don’t want a society where everyone is walking around suspicious of each other,” said 21-year-old Hanne Kvilhaugsvik, who is studying to be a teacher. — Reuters
For more news and multimedia on the Norway shooting click here: