US counterparts missing their mark in debt crisis 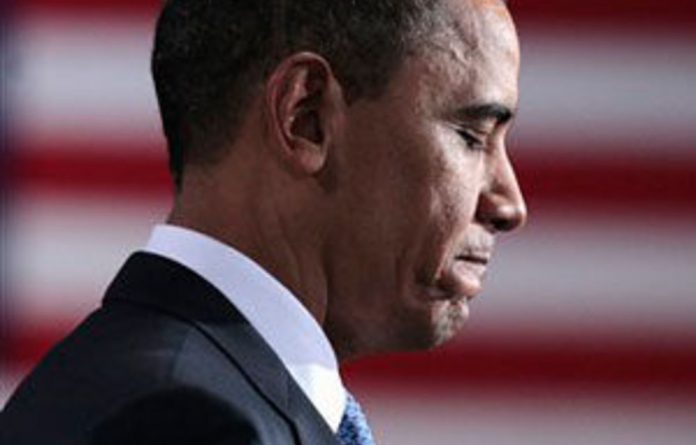 The United States (US) should improve coordination among its more than two dozen government departments to promote coherence in its multibillion dollar foreign aid programme and avoid duplication, a peer review said on Thursday.

The report card from the development assistance committee (DAC) of the Organisation for Economic Cooperation and Development (OECD) also recommended that the US — the world’s biggest aid donor — reinforce the role of USAid, the US agency for international development, in the national security council and better reflect the goals and strategies of developing countries.

The US provides a quarter of global development assistance and remains by far the largest DAC donor. US aid reached record levels of $30-billion in 2010, backed by both Republican and Democratic administrations over the last decade. It has doubled aid to sub-Saharan Africa since 2005 as promised at the G8 summit at Gleneagles.

US aid has also doubled in relation to the size of the economy, from 0.1% of gross national income (GNI) in 2001 to 0.21% in 2010. However, the US has not committed to the UN target of allocating 0.7% of its GNI to aid and its aid level remains well below the DAC country average of 0.32%. Private contributions exceed the US government’s contribution.

Difficulty translating US vision
The peer review notes the problem of developing a coherent approach to aid with a plethora of agencies and directives.

“The US foreign assistance act — which provides the legal foundation for the US aid programme — now includes 140 broad priorities and 400 specific directives for implementing the priorities,” it said. “This proliferation makes it difficult to translate the US vision into a coherent set of strategies. It also leads to supply-driven approaches. Many of these problems could be addressed through a strategic framework agreed between the administration and the congress.”

In 2006, the US launched reforms to strengthen cooperation between the state department and USAid. However, the review notes, the reform did not apply to the other 25 US agencies involved in US aid and development — including key players such as defence, treasury, health and the Millennium Challenge Corporation.

“The institutional fragmentation of the US development cooperation system is hampering a more strategic and consolidated approach to policy coordination and programming,” the review finds.

At a time when the administration is embroiled with Republicans in the House of Representatives over a row to raise America’s debt ceiling, the review said the US needs to strengthen public support for its aid programme through more targeted efforts to convey results. It said the administration would gain from engaging more strategically with NGOs, foundations and the private sector to advocate and raise public awareness for development.

Concern within the aid community
In other key recommendations, the review called on the US to make more use of country systems where possible, to cooperate better with other donors and to implement the OECD’s recommendation of untying aid. The US ties almost a third of its aid to the delivery of US goods and services — the sixth-highest share in the DAC.

The biggest recipients of USAid money are Afghanistan, Pakistan, Haiti, Israel and the West Bank/Gaza.

On a passage relevant to the crisis in the Horn of Africa, the review said the 2001 Patriot Act, which prohibits material support to terrorists, continued to arouse concern within the aid community.

“These fears have potential to affect the access, security and scope of humanitarian operations by reducing the pool of humanitarian actors willing to partner with the US,” the review said.

USAid welcomed the year-long review. “We find the 2011 DAC review of the US government’s global development efforts to be fair, objective and rigorous,” it said.

Each DAC member is reviewed by its peers every four years; the US as a member receives reviews and conducts them. — Guardian.co.uk

Street traders are central to food security in Johannesburg. But since being declared an essential service under lockdown, street trade in South Africa’s biggest city has returned to uneven ground
Read more
Advertising
Continue to the category
Africa