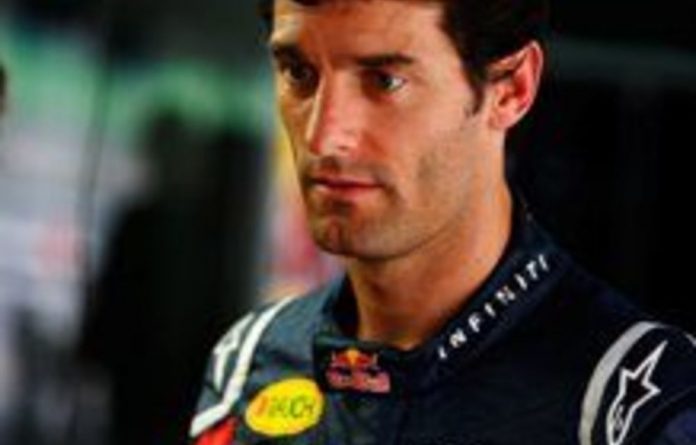 The 34-year-old Australian, who took pole at the two previous Grand Prix’s, wound up sixth fastest and over half a second slower than his team mate German Sebastian Vettel who secured the British team’s 11th consecutive pole position.

Initially Webber was bemused and could not understand why he could not match Vettel’s time.

“It’s bizarre really,” he said, “There’s no way I could do that lap time, absolutely no way.”

“We had a few KERS issues in the middle of the session but we had it back for the last run in but in the end the one minute 19s is a different zone to me so … It’s strange, really bizarre.”

Webber later said he had been held up by McLaren driver Jenson Button and was unable to get his tyres to the optimum temperature.

“The problem really started on the out-lap because the McLaren’s were too slow,” he said.

“We need more pace than that and I couldn’t go any quicker because Jenson wouldn’t let me pass, which is fair enough. It’s all fair game and I would do the same thing.”

Webber also said there had been an error with his car’s DRS, which improves straight line speed and suggested that had he not suffered these problems, he would have been able to compete for pole.

He said, “It looks like I tried to activate the DRS a bit early and it didn’t respond, so I did the whole straight without the DRS and I didn’t notice because I used the KERS.

“That, in combination with Jenson, meant my first sector was a complete disaster. And from Turn 5 until the end of the lap it was identical to Sebastian.” – AFP