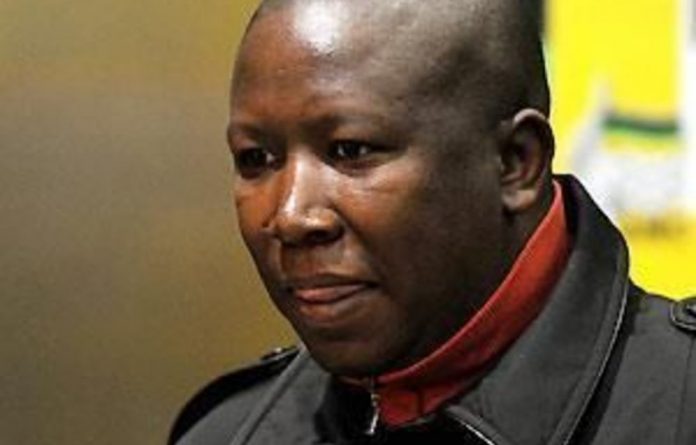 In the wake of the ANC Youth League’s defiant response to corruption allegations concerning Julius Malema’s “secret” trust fund, we speak to M&G politics reporter Matuma Letsoalo for insight into what this scandal means for the youth league president’s future.

Malema has had the house demolished and now plans to build one costing millions more.

The previous owner, Ken Hollingsworth, told the paper Malema originally rented the house for R18 000 a month. He asked if he could improve the security, to which Hollingsworth agreed. In mid-2009 he indicated he wanted to buy the house and then paid a cash deposit of R360 000.

“He had an Absa bond for R1.5-million. The balance was paid in cash deposits into my account,” Hollingsworth was quoted as saying.

According to an unnamed actuary quoted in the report, Malema would need to earn R123 000 a month to support his lifestyle. His only official source of income however is his ANC salary, apparently about R50 000 a month.

Last week the paper reported Malema was using the Ratanang Family Trust to receive money from politicians, businessmen, mayors and others, allegedly in exchange for facilitating government contracts. The league’s officials have however denied this and said the trust was used to support charities.

Speaking in Queenstown in the Eastern Cape, Malema reportedly warned that the name of the “ape” who was quoted in reports as saying he had paid R200 000 into the trust would be exposed by court action against the newspaper.

Malema said he wouldn’t have taken bribes “knowing that my enemies are out to destroy me”.

He said many business people had deposited money into the trust’s account because he had approached them to fund charitable causes.

He wouldn’t put the names of his son and grandmother on the trust fund if it was meant to carry out illegal activities.

“How many leaders and public figures have got trusts and community trusts? In South Africa there is not what we call secret trusts, there is nothing like that,” he said, objecting to the description of a “secret trust” in the report. – Sapa and Staff reporter

The most-reported crimes range from extortion and abuse of authority to Covid-19 related graft, according to a new report by Corruption Watch
Advertising