Somali women preyed on by rapists amid famine 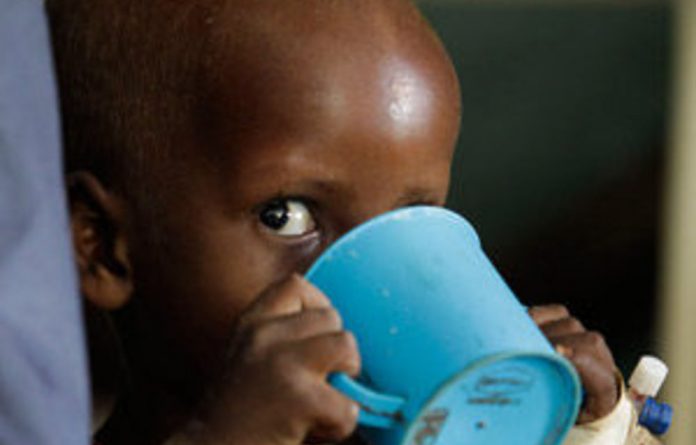 Refugee Barwago Mohamud huddles silently beneath a few blankets stretched over sticks at night, fearing for her life after a neighbour was raped while another naked woman, who had been kidnapped and gang-raped for three days in front of her terrified children, was delivered to the medical tent next door.

Only a few hundred metres away stands a newly-built camp with a police station, toilet blocks and schools. Neat thorn bush fences in the camp separate residential areas for families to move in to but all the facilities are empty. The Kenyan government is refusing to open the new Ifo 2 facility as part of the world’s biggest refugee camp, Dadaab, saying the desperate Somali refugees flowing into the country are a security risk.

For the women and children who fled war and famine and are now forced to build their shelters farther and farther away from the centre of the camps, the extension would be a refuge from the armed men who prowl the bush at night. Some may be deserters from Somali forces across the border — others are Kenyan bandits who rob and gang-rape the stream of refugees fleeing the famine in Somalia.

The contrast between the squalid, insecure outskirts of the sprawling camp and the empty, silent facilities shows how regional politics can interfere with aid efforts, causing millions of dollars to be wasted and leaving women and children vulnerable to attack.

“What can we do?” Mohamud asked. “Our neighbours have been raped at night. We are afraid. Some boys are helping watch at night in case of trouble but they work during the day.”

Famine
Mohamud and eight other women and girls share their rickety shelter on the outskirts of Dadaab, a camp designed for 90 000 people which now houses around 440 000 refugees. Almost all are from war-ravaged Somalia. Some have been here for more than 20 years, when the country first collapsed into anarchy. But now more than 1 000 are arriving daily, fleeing fighting or hunger.

The United Nation (UN) said this month that at least two regions in Somalia were suffering from famine and 11,3-million people in the Horn of Africa needed aid.

To help ease the overcrowding, international donors including the United States (US) and European Union spent $16-million building the Ifo 2 extension, which could house 40 000 people. But it is still unclear when or if the Kenyan government will open it.

Research shows that women are often attacked when they leave their families to go to the bathroom or gather firewood. When Mohamud’s three young daughters need to relieve themselves, she insists on going with them, and takes the only torch the nine women share between them. She has no shoes, so she walks barefoot over the thorny ground.

“Women express a lot of fear about going to the bush. They say there are men with guns there,” said Sinead Murray, an aid worker with the International Rescue Committee. Her organisation has recorded a spike in rapes and attempted rape. Since the beginning of June, they have had double the number of attacks reported from January to May.

“More and more women are coming forward who have been raped,” said Murray, who said consultations with communities show the vast majority of rapes went unreported. Women may not know where to seek help or fear ostracism by their community.

They are women like Sahan, who was on a bus coming over from Somalia when four gunmen stopped the vehicle. The women were ordered off and raped in the bush for three hours. She has not reported the rape because she was living far away from any medical services on the outskirts of the camp and did not want to leave her family. She asked her last name not be used to protect her privacy.

Facilities padlocked shut
A reporter for the Associated Press drove around the newly-constructed area in Dadaab and found rows of new toilet blocks standing amid the rows of empty lots, where women could more safely go to the bathroom and easily walk to police or medical services if they were attacked.

The Ifo 2 camp also houses a freshly-painted primary and secondary school, police station and headquarters for aid organisations ranging from Handicap International to the Norwegian Refugee Council padlocked shut. A medical facility for Médecins Sans Frontierès lay half built after aid workers said they were told to stop building early this year. The group now treats people in nearby tents instead.

More than two weeks ago, Kenyan Prime Minister Raila Odinga visited Dadaab and said the Ifo 2 extension would open in 10 days. On Saturday, Kenyan government spokesman Alfred Mutua said that no decision had yet been reached.

Kenyan officials have said that they consider the influx of Somalis a security risk because part of the country is held by al-Qaeda linked rebels. They also fear that if they provide the schools and medical care lacking in Somalia, families will simply move to Kenya to get better services. The Kenyans want aid agencies to deliver food in Somalia instead but charities face attack by bandits and harassment by Kenyan officials at the border.

Somalis say they have no other choice than to flee their homes because they will be killed by gunmen or starve to death if they stay at home.

Full to bursting
In the meantime, the refugees keep coming as the hunger crisis worsens but there is nowhere for them to go. The camps are full to bursting, and medical staff is setting up tents to treat new arrivals. Women and their children are being forced farther out, away from services and security. Aid agencies are appealing for more donations, unable to use the facilities they built. And Mohamud, whose door is only a blanket draped on a stick, keeps her daughters close and dreads each sunset.

“We are afraid,” she said again, as her 13-year-old daughter played in the dirt in front of her. “Maybe they will come back. But we have nowhere else to go.” — Sapa,AP

Covid resources: Developing countries at the mercy of their wealthier counterparts