New beginnings for Kirsten and Proteas 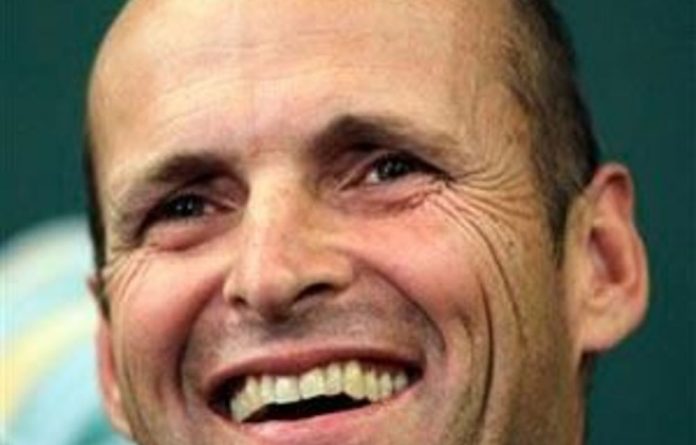 With a new coach, a new captain and new processes in place, the Proteas head coach Gary Kirsten believes the South African cricket team will thrive in a rebuilding phase.

Kirsten, who led India to World Cup glory earlier this year, began his new contract with his home country’s national side on Monday.

“Hopefully we can continue to perform as well as the team has performed in recent years,” Kirsten said.

Cricket South Africa (CSA) announced in June that the 43-year-old, a former top order batsman who has played 101 Tests, would be joined in his new role by assistant coach Russell Domingo and bowling coach Allan Donald.

In other changes to the national setup, CSA said AB de Villiers would take over as skipper of the ODI and T20 teams, with Hashim Amla filling the vice-captain’s role.

Graeme Smith would retain the captaincy of the Test team.

Kirsten warned it would take some time for the players and staff to get used to the new structures, but he was confident they would be ready for a tough 2011/12 season which includes home tours against Australia and Sri Lanka.

“There are some internal processes that we need to follow, with new team management and coaching staff, so everybody will need to get used to the new setup,” he said.

Kirsten, who is based in Cape Town, said he would meet with the Proteas as a group for the first time at the end of August. “We have a camp planned at the end of this month, but I’ve already had one-on-ones with some of the players,” he said.

“I’ve also been to Johannesburg just about every week to meet with people involved in cricket structures.”

Kirsten’s approach would not differ much the one he took as India coach, but there would be some changes. “It’s about understanding the environment,” he said.

“My methods won’t change a huge amount, but it’s about a collaborative approach.

“I had some success with the last team I coached, but we need to work out how we can ensure the continued success of this team. It’s a new process.”

South Africa have lost only one of their last 15 Test series, going down 2-1 to Australia at home in March 2009.

They have also won nine of their last 11 ODI series at home and away.

However, the team’s failure to win ICC trophies has become a bugbear for South African fans.

The tag of choker was reinforced by the squad’s exit in the quarter-finals of the World Cup on the sub-continent in March.

While Kirsten acknowledged that the trophy drought had become an increasingly popular talking point, he said they would continue to aim for the elusive global title. “We’ll do everything we can to succeed in every tournament we play,” he said.

“The World Cup is obviously a high profile tournament and there have been questions raised about South Africa’s performances in the past, but we’ll do everything in our power to succeed.

“There are no guarantees in this life, and to be successful you need a bit of luck and a few things to go your way, but we’ll do everything we can to achieve continued success.” — Sapa