Spirit of cricket brings Bell back to the field 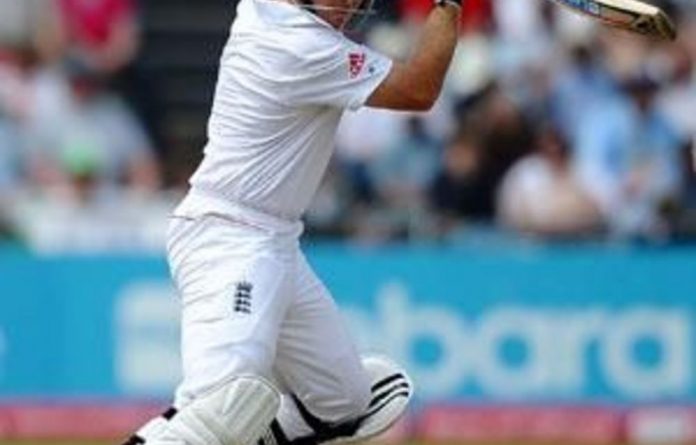 Bell had compiled a brilliant 137 on the third day at Trent Bridge when he wrongly assumed Eoin Morgan had hit Ishant Sharma for four on the final delivery before tea.

Bell and Morgan completed three runs after Praveen Kumar misfielded on the boundary line, with the Indian briefly stopping before throwing the ball back. Unaware that Kumar had actually prevented the ball from reaching the boundary, Bell stopped running for a fourth run and walked off the field for tea.

India removed the bails at Bell’s end and third umpire Billy Bowden gave him out on appeal by India.

“Dhoni led a team meeting in which the issue was discussed and there was unanimity that we should reinstate Bell,” India batsman Rahul Dravid said. “I think if the tables had been turned I don’t think our guys would have felt nice about it, and that was one of the things we discussed.”

In great spirit
The umpires walked out to cries of “Cheat! Cheat! Cheat!” which quickly turned to cheers when fans saw Bell return.

“While the initial appeal and umpire decision may have been acceptable to the letter of the law, the decision by India captain MS Dhoni and his team – as well as the Team India coaching staff – to withdraw the appeal shows great maturity,” ICC chief executive Haroon Lorgat said in a statement. “To see players and officials uphold the great spirit of cricket, which has underpinned the game for more than a century, is very special.”

Bell went on to make 159, from 206 balls, and shook hands with every Indian player when he was caught at first slip by VVS Laxman off Yuvraj Singh.

Under the laws of the game, Bowden was correct to rule that Bell was out as the ball was not officially dead.

Bell accepted the blame for the incident.

“It was probably the right decision for the spirit of the game but it was naive on my part to assume the ball was dead,” he said. “I certainly wasn’t attempting a run or anything. We thought it had gone for four. His [Praveen’s] body language certainly suggested it had.”

Given a lead
Dravid was less sympathetic on that point.

“We can accept that he wasn’t attempting a run but you can’t blame Praveen for walking slowly,” Dravid said.

“I hope they would have done the same thing. Obviously, if you look at the laws of the game and interpret them strictly then probably he was out. But in the spirit of the game it didn’t feel right, and Dhoni and the team felt at tea time that the right thing to do was to ask him to bat again.”

It was a sporting and generous decision by Dhoni to agree to recall Bell, as his innings had helped to swing the game away from India, giving England a lead of over 200.

In a similar incident back in 1974 West Indies batsman Alvin Kallicharan was run out by England captain Tony Greig in Port-of-Spain.

Not as accommodating
Kallicharan was walking back to the dressing room thinking the first day was over when Greig removed the bails.

A furious Kallicharan broke his bat in two and the crowd’s reaction was so heated that he was reinstated the following morning after government intervention.

The Trent Bridge crowd’s reaction was altogether more docile and Dhoni was given an ovation when the public address announcer revealed his role in the affair.

In a one day international with New Zealand in 2008, England’s then captain Paul Collingwood attracted severe criticism for refusing to reinstate Grant Elliott.

Elliott had been run out by Kevin Pietersen after a collision with Ryan Sidebottom and Collingwood chose not to withdraw his appeal, even after the umpire Mark Benson asked him to reconsider. — Sapa-AP