Swaziland loan a ‘handout from a sugar daddy’ 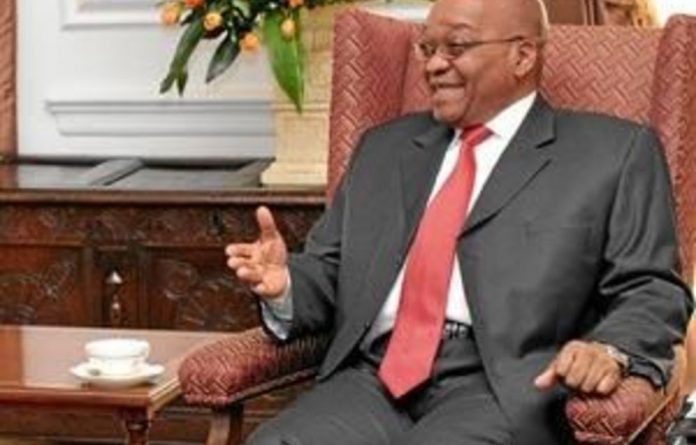 President Jacob Zuma and the African National Congress (ANC) appear to be conflicted over personal and business ties in relation to the controversial R2.4-billion bailout offered to Swaziland’s King Mswati III, which was announced this week.

It is well known that the ANC’s investment vehicle, Chancellor House Holdings (CHH), holds a 75% stake in the Maloma Colliery, an anthracite mine in the poverty-stricken country.

A Chancellor House-led consortium paid a reported R25-million for the stake, which was purchased from Xstrata in May 2010.

Now the Mail & Guardian has established that:

The Maloma transaction had a number of odd features. The mine, which supplies anthracite to Xstrata’s ferrochrome operations and Richards Bay Minerals, appeared to be making losses. The seller, Xstrata, disclosed Maloma had an assessed tax loss of R198-million and a “non-interest-bearing loan account liability” to Xstrata of R192-million.

Despite this, it appears the buyers were talking of raising loans that wildly overvalued the purchase. One document states: “The parties — have to raise the amount of R500-million or such other amount as represents the fair enterprise value of the target company.”

ANC treasurer general Mathews Phosa has also served as a special adviser to the Swazi government on the country’s Millennium Project. This is highly controversial, given that its centrepiece was the construction of the Sikhupe International Airport, which critics say Swaziland does not need and cannot afford.

As for Zuma’s Swazi connections, in 2002 he was officially engaged to Sebentile Dlamini, one of Mswati’s nieces. He paid a part of the lobola, the negotiations for which were handled by KwaZulu-Natal Premier Zweli Mkhize, who was the provincial health minister at the time. Zuma was reportedly introduced to Sebentile by his former financial adviser, Schabir Shaik.

Sebentile is a daughter of the late Swazi prince Phiwokwakhe Dlamini, who served as both health and labour minister and sat on Mswati’s panel of advisers. He died in January 2004 in Durban.

The engagement seems to have been soured politically by Shaik’s arrest and trial, although the Swazi press reported that Sebentile was distressed when Zuma married again in 2008 and 2010 despite her long engagement to him.

Zuma was in and out of Swaziland in the 1980s, when the country was a key frontline state. His mentor, Moses Mabhida, was close to Mswati’s father, Sobhuza. And, during his rape trial senior Swazi prince Mfanasibili Dlamini spoke out publicly in support of him.

More broadly, there are close ties between the Swazi royal family and the Zulu monarchy, to which Zuma is now close. Princess Mantfombi, Mswati’s sister, is Zulu king Goodwill Zwelithini’s first wife.

The negotiations around South Africa’s loan to Swaziland have been conducted in great secrecy, with direct talks between Zuma and Mswati playing a central role.

Presidential spokesperson Mac Maharaj has repeatedly referred questions about the meeting to South Africa’s international relations department, which, in turn, has referred reporters to Maharaj.

The department of treasury and finance failed to respond to specific questions about whether Finance Minister Pravin Gordhan was involved in or consulted about such meetings. Mswati announced on Tuesday that the loan had been concluded, clearly catching Gordhan by surprise. He was forced to convene a press conference to explain the terms of the R2.4-billion package.

Strikingly, there are limited requirements for democratic reforms attached to the loan, something Swazi activists have been demanding because Mswati is effectively still an absolute monarch.

Swaziland Solidarity Network spokesperson Lucky Lukhele slammed Zuma, saying: “He has decided to postpone the democratisation of Swaziland. This is not a bailout, it is a handout from a sugar daddy.”

Controversial property tycoon Roux Shabangu, who first claimed and then denied a relationship with Zuma, emerged as a significant player in Swaziland in 2009. In October that year the Swazi Observer, which is owned by Tibyo Taka Ngwane, announced that Shabangu’s consortium would invest R1.5-billion in a shopping and office park development in the capital, Mbabane.

It later emerged that Shabangu would be given three pieces of state-owned land for the development; in exchange he would construct a new office building for the municipality.

Shabangu also emerged that year as the buyer of 50% of Swaziland’s dormant Dvokolwako diamond mine, in which Mswati’s trust holds the remaining 50%. This set off a flurry of efforts by Swaziland to secure the Kimberley Process certification for Swazi diamonds, which was granted earlier this year.

In a statement Maharaj referred to the “urban legend” that Zuma removed Geoff Doidge as public works minister in October last year and appointed Gwen Mahlangu-Nkabinde to replace him “for the sole purpose of getting her to approve the leases, which Doidge had apparently dodged”.

“This is all based on a rumour that Roux Shabangu, owner of the buildings, is supposedly a friend of the president. The rumours are without foundation … The president barely knows Shabangu and any statement to the contrary is false.

“There is also no link between the release of Doidge and the appointment of Mahlangu-Nkabinde to the public works portfolio.”

Meanwhile, Shabangu also has an indirect connection with Phosa, who is a director of the controversial LagoonBay Lifestyle Estate project near George. On his website Shabangu claims the LagoonBay development as one of his projects.

While the ANC had controlled the Western Cape, the provincial government did its best to push through approval for the project, despite significant environmental concerns and opposition.

The decision was reversed when the Democratic Alliance took over and the project is still in limbo.

Once they were comrades, now Cele arrests Zuma, who fired him as police commissioner