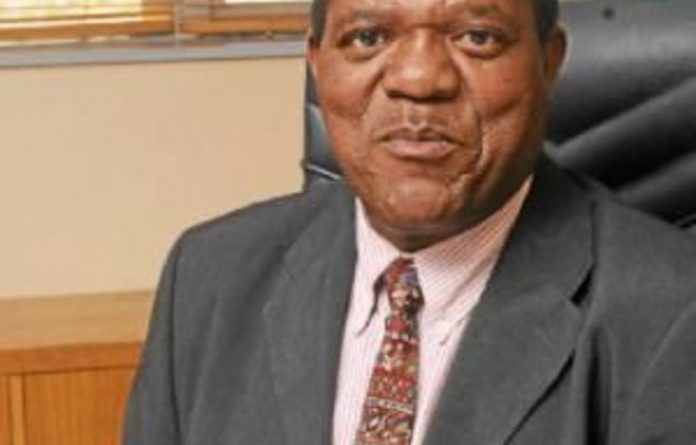 Johnny Molefe, who was controversially appointed vice-chancellor of Tshwane University of Technology (TUT) last Friday, knew four years ago that South Africa’s statutory qualifications authority would not recognise his doctorate, according to the authority.

Speaking to the press for the first time since claims that his doctorate is bogus became public a month ago, Molefe told the Mail & Guardian that he never received the registered letter the South African Qualifications Authority (Saqa) said it sent him in May 2007.

“I never got it,” he said. “When these claims were made recently, and when Saqa contacted me again in June this year, I tried to search, even at home. It came as a shock to see the letter addressed to me, in the package [of documents] Saqa sent me recently.”

TUT council, which appointed him, backs Molefe, saying it knew nothing about any questions about his qualifications until March this year “on the eve of making the appointment”, council spokesperson Robert Matlhare said.

That was when Higher Education Minister Blade Nzimande “put a spanner in the works again”, Matlhare told the M&G — the first ministerial spanner being Nzimande’s appointment last year of an assessor to investigate severe council and executive management dysfunction at TUT and repeated student protests.

“This time he wrote to us saying wait before making that appointment,” Matlhare said, because Nzimande had received complaints that Molefe’s doctorate was bogus.

Given the public relations disaster TUT now faces, with the council itself no longer seriously denying Molefe obtained his doctorate of business administration from a highly questionable “degree mill” (see “The disappearing university” below), there is some irony in the title of the dissertation Molefe submitted to St George University International, a shadowy online outfit seemingly based in the Caribbean: “Improving the marketing plan is a strategic defence for Technikon North West”.

He said that, at the time he researched this subject, he was the technikon’s executive director of marketing, and went on to become its vice-chancellor in 2003/2004. When the technikon merged with its Pretoria and Northern Gauteng counterparts in 2004 to form TUT, Molefe became the new institution’s deputy vice-chancellor. With about 60 000 students, TUT is the country’s largest contact-tuition university.

Mistaken qualification
Technikon North West funded Molefe’s doctoral study: the two-year online degree cost “about R7 000 in total, I think”, he said, stressing that he would need to check the exact figure because exchange rates were involved. But he did recall that the technikon “rewarded me for successful completion. It was policy to pay staff a small amount by way of saying thank you.”

Saqa admitted it erred when, in 2007, it certified that the degree was the equivalent of a local doctorate. “It was a genuine mistake we immediately set about rectifying,” deputy executive officer Joe Samuels said.

The error arose because of a confusion of names, said Samuels. There was a university in the West Indies, St George’s University, that offered mainly medical degrees. Just one “s” less and with the addition of the word “International” was the name of the institution that awarded Molefe his doctorate: St George University International — also apparently registered at the time in the Caribbean, Samuels said.

“But one month after we issued the first erroneous certificate we realised our mistake. We wrote to him by registered mail on May 15 2007 asking him to return the certificate we’d issued.”

The M&G has seen the erroneous Saqa certificate — which Molefe lodged with his employer, by then TUT, in 2005 and again in 2010 when the vice-chancellor post was advertised, a source familiar with the university’s document recording said. “A doctoral qualification is a prerequisite,” the advertisement stipulated.

Molefe confirmed he lodged the Saqa certificate with TUT in both those years, but not the degree certificate itself from the dubious “university”. This, he said, he lodged with Technikon North West in 2002, when he was awarded the degree.

“I don’t know what’s in my file [at TUT]. When I give them something, I assume they keep it,” he said.

“Why wouldn’t I have made it available when it enhanced my chances of getting this position?”

When the M&G told him how easily it had found material from United States and West Indian education authorities stating that his doctoral alma mater had never been accredited anywhere in the world, Molefe conceded he “didn’t have any knowledge about their accreditation when he chose this university, and it didn’t worry me”.

“I was comfortable with the accreditation certificates they had in their brochures,” he said.

His thesis was 400 pages long and he completed the degree in two years, he said. “I spent no time on any St George campus, and I suppose you could say it was an online degree.” Asked whether this controversy would affect TUT’s credibility as a qualification-awarding institution, he said: “No, but it’s for the council to make that call. I’m glad I’ve been appointed.”

Matlhare said five other universities had, since March, assessed Molefe’s dissertation as being “of PhD standard”. These were Tongji, Changsha and South East universities in China, Covenant University in Nigeria — and TUT itself.

The disappearing university
Degree mills are unaccredited “universities” or “colleges” that are usually found online. They offer fraudulent or virtually worthless degrees in exchange for payment alone or for payment and minimal work, according to information the United States government publishes to warn the gullible.

In correspondence with the South African Qualifications Authority (Saqa), the American Association of Collegiate Registrars and Admissions Officers refers to the Bears’ Guide to Earning Degrees by Distance Learning as being among the “sources we know as trusted colleagues in higher education fraud research who have investigated this entity [St George University International]”.

“SGUI has changed both its location and its language about accreditation since it first appeared [in 1997],” the Bears guide stated in 2003.