MTN8 divided by one 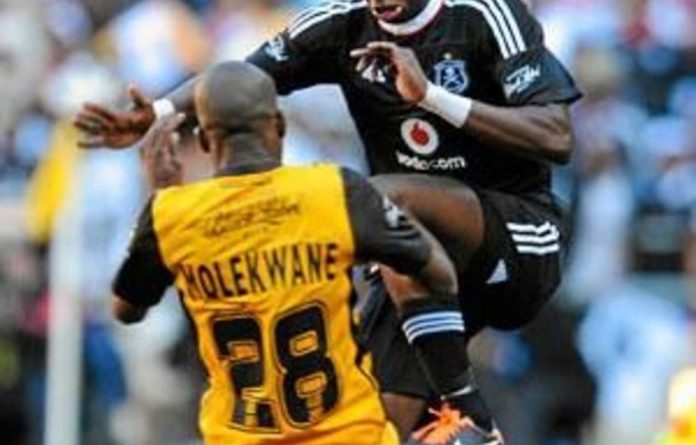 It is considered a unique concept across the continent, but the 2011/12 participants in the MTN8 Cup feel perhaps the time has come for the organisers to make slight changes that will create an even more attractive competition.

On the eve of the start of a tournament that features the teams that finished in the top eight positions in the previous league championship, the clubs have expressed frustration about the prize money in particular — the winner pockets R8-million whereas the other seven participants get R800 000 for their participation, regardless of whether they reach the semifinals or finals.

And whereas in the past a draw was used to determine the team that would enjoy home-ground advantage, this year the rule was changed and the top four teams were simply given that advantage.

“I certainly have no problem with the organisers changing the rules,” said Bloemfontein Celtic head coach Clinton Larsen. “I think they are simply trying to find ways of effecting excitement within the competition. But a draw for the venues gives ­everybody a fair crack of the whip.

“Although this might sound too radical, why not draw the teams and conduct another draw to determine the venues, which I think should make it more exciting.”

As things stand, the league champion is drawn against the team that finished eighth, league runners-up square off against the seventh ­finisher and so on.

Larson’s sentiments were echoed by SuperSport United’s chief operations officer, Jose Ferreira. He felt the organisers should stick to the old set of rules for the sake of consistency and to present the same kind of equity and fairness.

“I am not in any way implying there is no fairness,” said Ferreira. “I am just saying that we need to stick with the same kind of rules and go with it. Chopping and changing the rules doesn’t make it transparent.

“If we are to make amendments to the rules we should effect the changes at the start of the season because effecting changes when you already know the final log position standings is fundamentally flawed. We should make changes before clubs know their final log positions of the previous season.”

Ferreira was, however, full of praise for the overall concept of the competition, particularly the two-leg semifinals played on a home and away basis. He believes it makes for exciting football and gives both teams and spectators something to shout about.

The concept of the competition is based on the premise of the last man standing — the winners take home the R8-million and the rest get nothing.

“I honestly feel to fight all the way, only to lose in the final was slightly unfair and perhaps we should consider implementing a prize structure that could see teams compensated slightly differently than the present setup,” said Santos coach Boebie Solomons.

Larsen concurred, adding that although the all-or-nothing element could inspire teams to work extra hard to become the last man standing, a review of the prize structure might not be a bad idea after all.

The teams have engaged in pre-season friendly warm-up games as well as high-profile tournaments that have given spectators an indication of who to watch in the MTN8.

Orlando Pirates, the defending champions, continued where they left off last season by also adding the inaugural Carling Black Label Cup to their trophy cabinet.

The Buccaneers sent shivers down the spines of their opponents when they signed Bafana Bafana’s all-time highest goal scorer, Benni McCarthy, who will be available for their opening match against Santos at Orlando Stadium on Saturday night.

“They do enjoy home-ground advantage,” said Solomons. “But we went to Orlando Stadium last season and snatched a credible draw out of their so-called stronghold. We are going there to give them the fight of their lives.”

Santos signed former AmaZulu defender Pere Ariweriyai during the off-season, as well as another former Amazulu defender Warren Bishop. Solomons believes the duo has given a foundation on which to rebuild his team, whereas Jonathan Armogam has given him that extra edge up front.

Celtic has welcomed back star defender Eric Mathoho, who has just returned from trials with Netherlands Eredivisie side FC Twente and will be thrown straight into the starting line-up against Mamelodi Sundowns at the Lucas Moripe Stadium in Atteridgeville on Saturday afternoon.

“In his professional debut two years ago, while he was still only 19 years old, Mathoho played the dangerous Katlego Mphela out of the game and was voted man of the match. I hope he will replicate that form and help shut out the Sundowns forwards,” said Larsen.

“We are aware that we are going into the so-called lion’s den, but I think the pressure will be more on them as the home side than us. They are expected to beat us, but they never really outplayed us last year and I don’t think they can do that this time around.”

But Larsen has threatened to unleash a secret weapon in the form of a mysterious Ghanaian striker.

“He is physically strong,” said Larsen. “He reminds me of Tony Yeboah. We do not have the budget to buy the likes of Mabhuti Khenyeza, Siphelele Mthembu or Nathan Paulse, but I think we have uncovered a real gem. And with the youngsters we have promoted we should be able to compete.”

capturing McCarthy, Kaizer Chiefs certainly set the cat among the pigeons when they signed Bernard Parker, who has already made his debut during the Carling Black Label Cup.

Yes, Chiefs lost to Pirates in the final, but they were by no means outplayed and looked like the real deal. But how they shape up against Bidvest Wits on Sunday afternoon will be interesting to watch, especially because Roger de Sa’s team derives pleasure from putting one over their famous opponents.

How to deal with a hangover: A guide by SuperSport and City

The defiance of Luc Eymael

In defence of an attacking plan