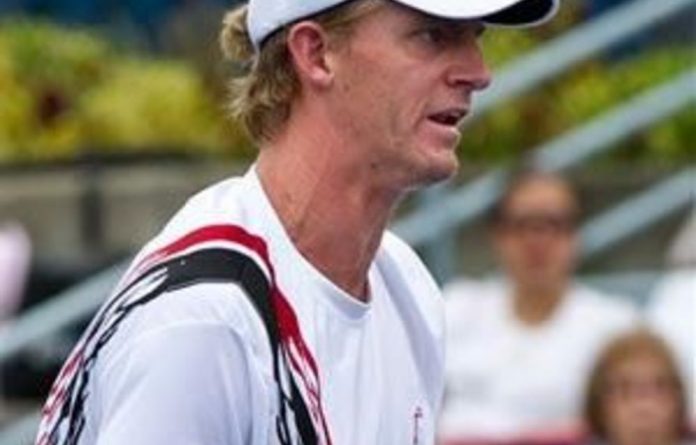 Andy Murray’s title defence at the ATP Montreal Masters collapsed on Tuesday as the off-form Scot was crushed 6-3, 6-1 in his opening match by South African Kevin Anderson.

The two-time defending champion was bundled out in 69 minutes in his second-round start.

While Murray’s Montreal campaign ended abruptly, top-seeded Novak Djokovic couldn’t even get his going as rain rolled into the city in the early evening and eventually forced the postponement of Djokovic’s scheduled second-round opener against Russian Nikolay Davydenko.

More poor weather was predicted for the area on Wednesday, when second seed Rafael Nadal and two-time Canadian winner Roger Federer are both due on court for their first matches in the US Open tuneup.

When he does get on court — now scheduled for Wednesday — Djokovic will be playing his first match as a reigning world number one.

He has ascended the rankings summit with a stellar season in which he boasts a 48-1 win-loss record with eight titles.

He and former top-five regular Davydenko have not played since 2009.

Djokovic won the Canadian trophy in 2007 and has never lost in Canada prior to the quarter-finals with a 12- record in the country.

Before the storms rolled in, Frenchman Richard Gasquet produced a repeat of his July Davis Cup victory over Florian Mayer as he defeated the German 6-3, 6-2.

A month ago, the 10th-seeded Gasquet won their Davis Cup encounter in Stuttgart after the 23rd-ranked Mayer served for the match at 5-4 in the fifth set.

Murray, who had hoped to kick-start his summer after several weeks of gruelling preparation in Miami, remained baffled by his failure to fire when it mattered against Anderson.

“I just felt very slow, the game seemed to be going so fast,” he said. “It’s happened to me already once this year.

“I’ve trained really hard to get ready for the tournament. I’ve always played very well here. Today I couldn’t get anything going. I started both sets really, really badly which doesn’t help against someone that serves like Kevin.

“I was down a break early. I didn’t get anything going at all. It’s normal to be a little bit, sort of like nervous and not play your best when you haven’t played for four or five weeks,” he said.

“But I hoped to be playing better than that, especially with the amount I’ve been practicing.”

Serena strolls
Former world number one Serena Williams wasn’t letting the lack of a seeding slow her down Tuesday as she crushed Alona Bondarenko to reach the second round of the WTA Toronto hardcourt tournament.

Second-seeded Kim Clijsters had put herself on the path to a victory as well but retired injured from her second-round match against China’s Zheng Jie.

It was another setback for the Australian Open champion from Belgium, who injured her right ankle in April and then pulled out of tournaments in Rome and Madrid with right shoulder and wrist injuries.

Clijsters, the defending women’s champion at the upcoming US Open, also opted not to play in either of the recent California hardcourt tournaments that began the build-up to the last Grand Slam of the year.

Clijsters had won the first set 6-3, but with Zheng up 2-1 in the second, Clijsters hit a forehand, shook her head and departed the court.

Meanwhile, Williams’ comeback continued to fire on all cylinders.

The American lost just four points as she won the first set in 16 minutes and after Bondarenko kept it on serve to 3-3 in the second Williams again hit high gear, winning three games to secure the victory.

The match was so quick, it was almost as good as having the first-round bye enjoyed by the top eight seeds.

Williams isn’t among them as she rebuilds a ranking that plummeted after she was sidelined by injury and illness for 11 months.

The American has already shown she’ll be a force to be reckoned with now that she’s back, capturing the hardcourt title in Stanford a fortnight ago.

Top-seeded Carolina Wozniacki of Denmark was to open her campaign on Wednesday with a second-round match against Italy’s Roberta Vinci, a 6-4, 6-2 winner over Belgian Yanina Wickmayer.

In other first-round matches, 11th-seeded Andrea Petkovic advanced with a 6-2, 6-2 victory over Canadian Eugenie Bouchard.

Poland’s 13th-seeded Agnieszka Radwanska defeated Russian Elena Vesnina 6-4, 6-1, but 16th-seeded Slovakian Dominika Cibulkova had to retire against Czech qualifier Iveta Benesova while leading 3-1 in the third set due to a left abdominal strain.