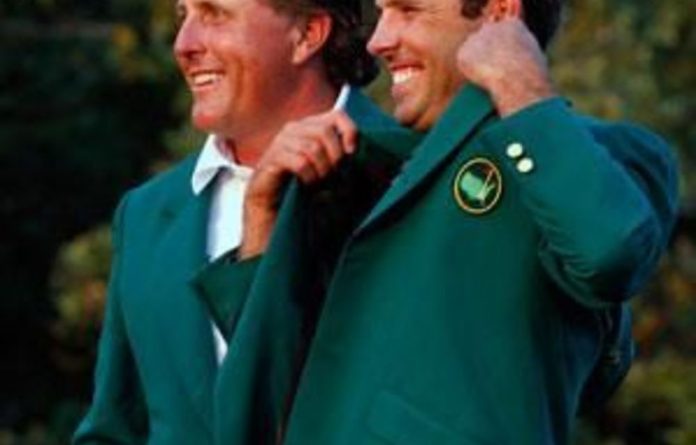 South Africa’s challenge at the final Major of the year will be headed by Charl Schwartzel, who will be looking to pick up his second Major of the season.

The 93rd PGA Championship at Atlanta Athletic Club begins on Thursday, and Schwartzel, who won the Masters in April, is paired with the two other Major winners this year — Rory McIlroy (US Open) and Darren Clarke (British Open) — both from Northern Ireland.

“Master Charl” comes off an average finish last week at the World Golf Championship event — the Bridgestone Invitational — where he ended in a tie for 53rd.

Schwartzel however feels after his maiden Major victory he has a new kind of confidence in the Majors.

“After the win at the Masters, I just feel like every time I enter one of these Major championships that I can compete in them, and get a win out of them. I’ve played much better,” Schwartzel said.

‘Beast of a hole’
The 26-year-old has not won since the Masters, but has had good finishes in both the US Open, where he finished ninth, and the British Open, where he came 16th.

He has been competing amongst the professionals for eight years since he turned pro at 18 in 2002, and with the course in Atlanta set to play very long, it will suit the South African with his length off the tee and precision on his long irons.

The world number 12 highlighted the long par three 15th hole as particularly challenging after playing it in a practice round.

“What can you say? It’s just a beast of a hole. It’s long. It’s actually quite a small green from that sort of distance.

“We played off the back. The flag was in the front. I hit a three-iron out of my shoes and it just flew to the front edge,” he said.

More SA hopes
Two time US Open winner Retief Goosen was the top South African at the Bridgestone invitational with a share of 23rd, and will be looking to continue his good play this week.

Much like veteran compatriot Ernie Els, he could be a contender come the weekend if his putter behaves. Goosen had a good tournament of ball striking last week, but averaged 34.5 putt per round. His putting was a feature in both his Major victories, and he will hope to find something on the greens if he is to add to his Major tally. Goosen is paired with Americans Mark Wilson and Tom Gillis.

Els will be in the group of American Anthony Kim and Venezuelan Jhonattan Vegas.

Rory Sabbatini may just have a more complete game for the PGA, as he has had a solid season on the PGA tour this year. Sabbatini is currently 20th on the FedExCup points standings and has earned over $2-million with three top 10s, including a win at the Honda Classic in March. He is playing with Dane Anders Handsen and American Johnson Wagner.

Playing in his first PGA Championship is Thomas Aiken who has had a good season on the European tour this season, including his maiden victory in the Open de España. Aiken, who has seven victories on the Sunshine tour, played in the British Open this year, but missed the cut. He is paired with DA Points of the US and Swede Fredrik Jacobson.

British Open champion for 2010 Louis Oosthuizen will be part of the trio including Englishman Justin Rose and American Hunter Mahan.

Masters champion of 2008 Trevor Immelman has seen some return to form this season and will aim to improve his current world ranking of 154th. He is grouped with Englishman Simon Dyson and American Bryce Molder. — Sapa