Man United kick off with new legs at West Brom 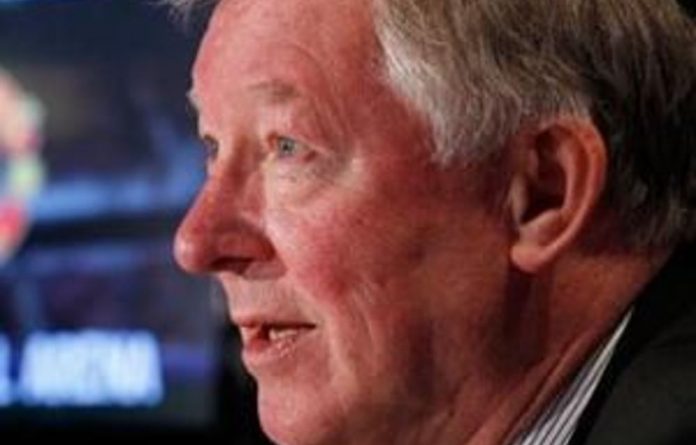 Manchester United’s sparkling performance in the Community Shield should put them in good heart for the start of their Premier League title defence at West Bromwich Albion on Sunday.

Tom Cleverley, Danny Welbeck, Phil Jones and Ashley Young inspired the fightback that sank Manchester City at Wembley and Alex Ferguson will keep faith with his vibrant young players as they set out in pursuit of a 20th league title.

Ferguson’s men won just five league games away from home last season — one of them at West Brom — and they will face a tougher challenge at The Hawthorns this time around as the midlands side continue to improve under manager Roy Hodgson and have signed livewire striker Shane Long.

Young was United’s standout performer against City, the pacey, versatile England forward looking instantly at home and setting up a goal with a trademark free kick.

Elsewhere, Chelsea’s new Portuguese coach Andre Villas-Boas will begin his spell in England on Sunday with a tough trip to a Stoke City side whose season has already started with Europa League qualifying wins.

How to lose a good player
Last season’s league runners-up have agreed to a deal to add Anderlecht’s Belgian striker Romelu Lukaku to their squad, although yet-to-be completed paperwork may mean he misses out on Sunday. Influential midfielder Frank Lampard could be fit after returning to training this week following a throat infection.

On Saturday, Arsenal travel north to Newcastle United with manager Arsene Wenger hoping that new forwards Gervinho and Alex Oxlade-Chamberlain will appease the club’s restless fans who have called for extra recruits to boost their title challenge.

Arsenal, who host Italian side Udinese in a Champions League playoff first leg on Tuesday, managed just one point against Newcastle last season, losing at home and drawing 4-4 away after being 4-0 up in one of the standout games of the season.

In contrast, Liverpool manager Kenny Dalglish has splashed the cash on a raft of midfielders and will also be able to call on fully fit striker Andy Carroll for Saturday’s visit of Sunderland to Anfield.

Winger Stewart Downing has joined for £20-million, along with Charlie Adam and highly-rated England international Jordan Henderson, who is set to face his former employers.

“Obviously Jordan is one they’ve lost. He’s a good player who they would have been understandably reluctant to let go,” Dalglish told the club website.

“But sometimes as a manager you’ve got to be philosophical and say if a player wants to go we should let him leave. I don’t think [Sunderland fans] will have any animosity towards Jordan.”

London games
Tottenham Hotspur, Fulham and newly promoted Queens Park Rangers — all based in London where the capital has been subjected to days of rioting and looting — host Everton, Aston Villa and Bolton Wanderers respectively.

Manchester City, who will have to balance a league schedule with Champions League commitments for the first time this season do not play until Monday, giving manager Roberto Mancini a little longer to decide which combination of his forwards to use against promoted Swansea City.

This season’s other promoted side Norwich City travel to Wigan Athletic on Saturday, while Blackburn Rovers host Wolverhampton Wanderers. — Reuters