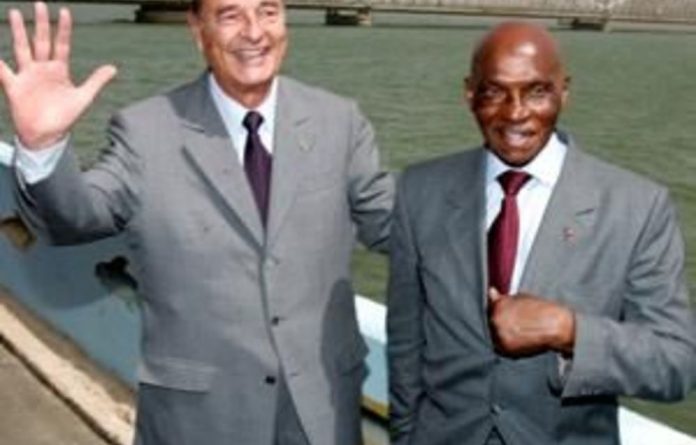 The Faidherbe bridge, a century-old emblem of Senegal’s former colonial riverside capital Saint-Louis, is being fully restored after threatening to collapse into the Senegal River.

Its seven majestic arches once again firmly straddle the river, providing a key link between the mainland and the island city which was founded in 1659 and became the first French settlement in sub-Saharan Africa.

The bridge, which measures 511m long and just over six metres wide carries up to 22 000 vehicles and 80 000 people daily back and forth from Saint-Louis, the capital of the colony until independence in 1960 which has been declared a world heritage site by the United Nations Educational, Scientific and Cultural Organisation (Unesco).

“Saint-Louis doesn’t exist without its bridge, which is its emblem and its jewel. This restoration marks a second life for the town,” Mayor Cheikh Bamba Dieye told Agence France-Presse.

Barges carrying materials ply their way to and fro as workers put the finishing touches on the renovated bridge, nearly three years after work began in November 2008.

“We are busy finishing the rehabilitation of the bridge which had become very old and was at risk of collapse,” said Mor Gueye Gaye, the engineer supervising work on the structure.

The bridge was named after the former French governor of Senegal, Louis Faidherbe, and inaugurated on October 19 1897, making military interventions and traffic to the mainland a lot simpler.

“There would be attacks against the colony’s positions and Moor raids to find slaves, but the garrisons were situated on the island of Saint Louis and the Langue de Barbarie,” a strip of earth between the sea and the Senegal River, said Fatima Fall, director of the Senegal Research and Documentation Centre.

This meant it could take a while for soldiers to respond to attack.

“The Spahis [mounted] regiment couldn’t cross the river in less than two hours which was bothersome in case of attack,” historian Abdoul Haidir Aidara writes in a book on the town.

Veiled in mystery
In 1893, the French company Nouguier, Kessler et Cie won a bid to build the metal bridge at a cost of 2.2-million francs, a staggering sum at the time, according to historian Guy Thilmans, writing in a book on Saint-Louis’ bridges.

At the inauguration, one of the leaders of the colony of Senegal, Louis D’Erneville, said the bridge was built “exclusively from the local budget” which came mostly from taxes paid by the indigenous population.

The history of the bridge has been veiled in mystery and what Thilmans refers to as “inaccurate tales” about its origin.

These include it being “designed by Gustave Eiffel; initially built for the Danube or even the Mekong; destined for Austria who didn’t like it and sent it to Senegal”.

Over 100 years later the bridge is being renovated for nearly €27.5-million ($40-million) financed by the French Development Agency and Senegalese government.

The seven spans of the bridge have been entirely replaced with new versions built in France. One of the spans rotates, which will again allow boats to pass through after years of being blocked after the old system broke down.

“The new bridge, whose pedestrian walkways are built of Azobe wood, will last 100 years,” said Gaye, referring to a tropical African hardwood.

Watching the building work with admiration, Saint-Louis citizen Mamadou Lamine Bara Thiam, in his sixties says: “Everyone is happy with the restoration of the bridge, which is the symbol of Saint-Louis.” – AFP

Guinea-Bissau's junta has vowed to defend itself from interference as the international community condemns a two-year transition government.
Read more
Africa

The Guinea-Bissau army and opposition parties have agreed to set up a transitional body to run the country ahead of talks with regional powers.
Read more
Africa

Senegal’s Sall: The protege who toppled his mentor

Macky Sall has his first shot at Senegal's presidency this weekend after falling out with his mentor and now opponent, President Abdoulaye Wade.
Read more
National

Senegal turns to Islam to stop child ‘disciples’ from begging

Senegal is turning to Islamic texts and the powerful sway of religious leaders to prevent children from being sent to beg by their Koranic teachers.
Read more
National

Guinea's first free election since independence was met with praise and relief on Tuesday, but observers warned the days to come were crucial.
Read more
Advertising