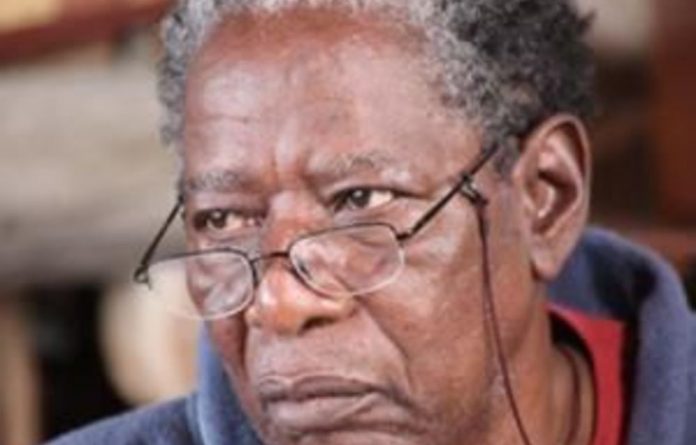 Joe Mafela was brought up in Johannesburg and began acting in the early 1960s, making his feature film debut in 1965’s Tokoloshe, when he joined the South African film company SA Films.

Over the next few years he worked with some of the industry’s great stars including Lee Marvin and Roger Moore in Wilbur Smith’s Shout at the Devil (1976) and Richard Harris and Richard Rowntree in Game for Vultures (1979). He then branched into the fields of producer and director, managing the cultural dance troupes Mzumba and Sangoma. The two dance groups toured extensively, garnering awards and international acclaim.

With the advent of television in South Africa in 1976, Mafela worked almost continuously, from the South African classic series U’Deliwe, and in 1986 he was cast as the unemployed lodger S’dumo in the Zulu language comedy series ‘Sgudi ‘Snaysi. The success of ‘Sgudi ‘Snaysi — which ran to 78 episodes on SABC — led to roles in other series such as Going Up and the television adaptation of the cartoon strip Madam and Eve, often produced by Mafela’s own production company Penguin Films.

It also encouraged Mafela to enter the advertising industry, working as Creative Director of Black Communications at BBDO South Africa, conceptualizing more than 12 spots for the Chicken Licken brand and, since 1992, as a director of Sharrer Advertising in Johannesburg.

The highlight of his commercials career came when he was the first black man to win a Loerie
Award for his Smoothies TV Mint commercial for Dorsay Ice Mints.

Since 1995 Mafela has recorded and released a number of albums of Zulu-language songs notably Shebeleza Fela’s which sold 50 000 copies and No 4 which earned him a South African Music Award nomination for Best Accappella Album.

As a public speaker and Master of Ceremonies, Joe has hosted many events and campaigns such as the 1994 Presidential Inauguration and is also spokesperson for the South African Traditional Awards. He has won over 16 awards from best actor/producer awards to life time achievement awards.