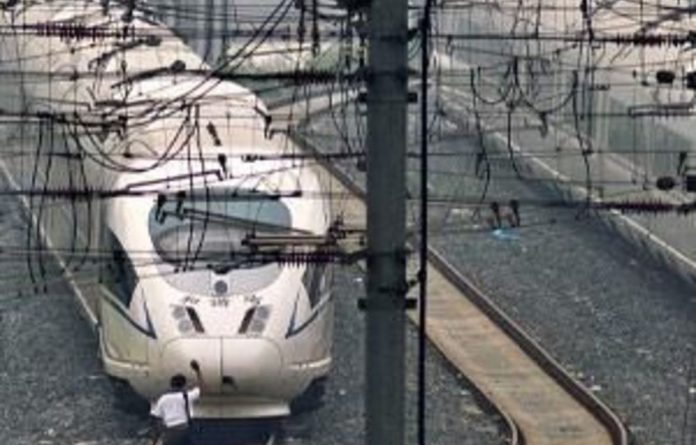 The recall of the trains by China CNR comes three weeks after 40 people were killed in a high-speed rail crash, which triggered public fury, unusually bold media coverage and a freeze on approvals for new railway projects.

China’s high-speed rail drive was until recently held up by senior government officials as a trophy of the nation’s technological prowess. Now it has become a political albatross, drawing scorn from many citizens long frustrated with the hulking railways ministry.

“Wasn’t this locomotive the most advanced type, and put into use only after many tests? So how come the problems were discovered after they were put into operation? What a miracle,” wrote one Weibo user.

“Can we also recall the Ministry of Railways?,” asked another.

Officials blamed July’s crash first on a lightning strike and then on faulty signals technology. But on Friday, Chinese media quoted a senior investigator as saying the crash also exposed management failings and could have been avoided.

“There were serious flaws in the system design that led to an equipment failure,” said Luo Lin, the minister of China’s State Administration of Work Safety, who is leading the probe.

“At the same time, this exposed problems in emergency response and safety management after the failure occurred,” the Beijing Times cited Luo as saying.

“This was a major accident involving culpability that could have been totally avoided,” he said.

“A Great Leap Forward-style movement in China’s high-speed railway is changing abruptly to a period of silence, and that could last a few years,” he said.

The Great Leap Forward was Mao Zedong’s disastrous effort in the late 1950s to catapult China into communist prosperity.

But China could not afford to curtail train investment in the longer-term, said Luo.

“After all, China’s railway system can’t go back to the old days of shabby green cars,” he said.

Recall could hit steel, cement demand
The recall and a decision to cut the top speeds of bullet trains nonetheless reflected a rethink by government leaders jolted into considering the risks of high-speed rail growth, said Zhao Jian, an expert on rail at Beijing Jiaotong University who has long criticised the bullet train expansion.

China has been working for years to develop a high-speed rail network to rival Japan’s famed bullet trains, and last year investment on the sector hit a record high of 749.5-billion yuan ($117.2-billion).

Japanese bullet trains have not had any accidents involving injuries or deaths since they started running in 1964, according to a Transport Ministry official in Tokyo.

Even before last month’s crash and resulting furore, China’s railways sector was under a cloud. The railways minister, Liu Zhijun, a key figure behind the boom in the sector, was dismissed in February over corruption charges that have not yet been tried in court.

As well as the embarrassment for the ruling Communist Party, the slowdown in high-speed rail building could bite into demand for steel, said UOB Kay Hian commodities analyst Helen Lau.

Passengers waiting to board bullet trains from Beijing to Shanghai said they were not worried by news of the recall.

“The risk of an accident is definitely greater on these fast trains, but flying isn’t any safer,” said Zhang Kelong, a building materials salesman who said he was taking the Beijing-Shanghai high-speed service for the first time.

The government is stepping up safety demands, he noted.

“So the likelihood of another accident happening is small,” he said. “Let’s just say I would have to be very unlucky for that to happen.”

Train maker CNR’s President Cui Dianguo said the CRH380B-trains had “experienced a number of quality failings”, and the recall would lead to a cut in services on the 1 318km Beijing-Shanghai route, which takes about five hours.

In an earlier statement, the state-owned company said it found faults in signalling systems, sensors and communications components on the trains, which it blamed for delays in service.

Cui did not say how many services would be cut. But the rail ministry said it would reduce the number of trains using the high-speed line by a quarter, the official Xinhua news agency said on Friday.

CNR’s rival, China South Locomotive, built both of the trains involved in the crash last month.

The worries over high-speed rail are likely to force central government leaders to drastically reform the Ministry of Railways, possibly merging it into a transport super-ministry, said Zhao, the Beijing professor.

The ministry thwarted an effort to do that a few years ago.

“Now, it’s going to happen sooner or later,” said Zhao, referring to the merger. “That’s the whole direction of reform, and it won’t change. But I don’t know when it will happen.” – Reuters