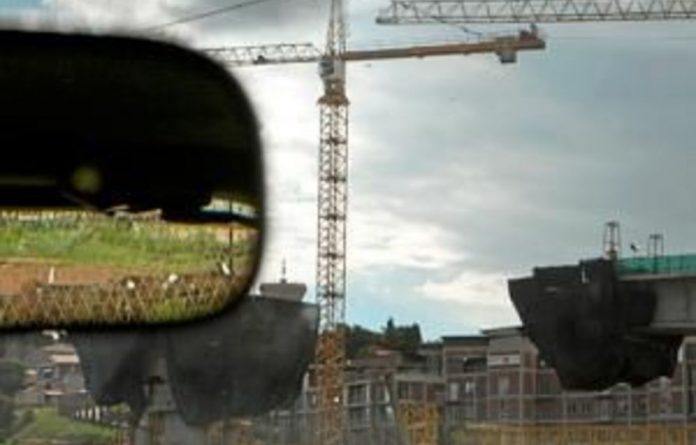 The market turmoil of the past week has been a boon for 24-hour business channels — talking heads and market gurus have all had an opportunity to analyse, debate and intellectualise endlessly on the state of the markets. But what does it mean for South Africa’s economy and our investments?

Commenting during the presentation of the South African Reserve Bank’s Annual Economic Report to Parliament, the bank’s deputy chief economist, Johan van den Heever, appeared unfazed by recent events. He said South Africa would continue to muddle along with average growth rates, although consumer and business confidence could be shaken, which might have a short-term effect on the economy. But overall we could expect more of the same.

On the positive side, according to Stanlib economist Kevin Lings, the market crisis, precipitated by debt concerns in the developed economies, had heightened the argument that the world economy was moving away from developed to emerging markets as the engine of growth.

Investment opportunities were lying with those countries with low debt levels — they could develop infrastructure and create employment. “Future growth has to come from employment, not credit bubbles,” Lings said.

Although South Africa was an emerging economy, had low levels of debt and a government that was increasing spending on infrastructure, the country was not creating the jobs needed to generate the growth offshore investors are looking for.

But over the past year only 64 000 new jobs had been created and, according to the Adcorp employment index for July, the South African economy is predicted to shed a massive 468 192 jobs in the remaining months of 2011 and in 2012 — half as many again as were shed during the recent recession.

The global crisis aside, South Africa has its own problems, which have seen it struggle to take advantage of the uptick in global growth since 2010, and has lagged behind in terms of export volumes compared with both other emerging economies and advanced economies.

Confidence crisis
South African companies are facing a serious confidence crisis. Coming out of strike season and straight into another global financial crisis, they are not about to start spending their cash piles.

Lings said companies were waiting out the turmoil by just managing their day-to-day business, keeping costs under control and focusing on retaining clients. That did not create jobs.

From an investment point of view, SA Inc is showing fair value. Given the growth outlook, there is not a great deal of upside but companies are not overvalued. In fact, the fall in share prices over the past week offered a buying opportunity for investors who are prepared to wait it out. But a strong performance from the equity market on the back of above-average earnings isn’t about to happen anytime soon.

In fact, the announcement by the United States Federal Reserve that it would keep rates low until 2013 is a clear indication that the global economy will remain weak for some time and this is not good news for South African exports, which have been heavily geared to the European Union rather than other emerging markets. South Africa has to develop other export markets but that is difficult under the current economic conditions and will take time.

The upside of the global fall-out, for borrowers at least, is that any hike in interest rates is likely to be postponed and already analysts are forecasting a rate hike only in the second half of next year.

In his report to Parliament, Van den Heever said that, unlike the Asian financial crisis in 1997/1998, South Africa had a far lower inflation environment and there was more scope to keep rates low for longer. Globally interest rates looked set to remain at historic lows, with the US Fed confirming that rates would remain low until 2013 and many emerging economies holding rates steady.

Van den Heever said that currently economic growth was being driven by responsible consumer demand and not by the production side of the economy. Consumer consumption was in line with an increase in real disposable income and not credit.

Although consumer debt is still relatively high at 76% of income, debt-servicing costs have fallen dramatically to about 6.8% of household income. So consumers could take on more debt but appear reluctant to do so. Growth in mortgage advances to households is extremely low and grew at only 3.1% during the past year. House prices remain flat and an Absa property report expects real house prices to go negative later this year as inflation increases.

Absa property economist Jacques du Toit said over indebtedness was a major factor preventing people from obtaining home loans. “There will be no interest-rate cuts to help stimulate the property market and debt is a serious problem. We will not see a property boom in the near future.”

The market turmoil hit the rand hard, which fell 3% in one day. This may be good news to exporters but it also raises concerns that higher inflation will force the Reserve Bank to increase interest rates.

But Lings said it was far too early to make any forecasts. For the rand to impact negatively, inflation would have to be lower for a sustained period. A 12% devaluation in the rand would increase the inflation rate by 100 basis points, which would push the inflation rate out of the 3% to 6% target range. But that would require the rand to remain around the R7.80 to the US dollar mark for at least six months, Lings said.

Even if that were to happen, there was usually a three-month lag before the impact on prices would be seen. Lings said he did not believe the Reserve Bank would be quick to hike rates.

And the rand going south was not a given. With US interest rates to remain low, South Africa could see portfolio inflows from foreign investors looking for higher yields, which would support to the rand.

Gold bug heaven or bubble bust?
The gold bug has taken a firm hold of investors as the price of the precious metal briefly surpassed the dollar-per-ounce price of platinum, exceeding $1 800 on Wednesday.

The gold price has been steadily climbing over the past five years, but just this week its momentum has been fuelled by further global uncertainty, especially with rating agency Standard & Poor’s downgrading of United States debt for the first time in history.

Gold sailed past $1 700 to break the $1 800 per ounce level. It has effectively become the currency of choice — after all, where else do you invest when the world’s trading currency is downgraded and London town is burning down?

As retail investors pile into physical bullion, gold analysts from major banks such as Goldman Sachs and UBS predict that the precious metal will shortly reach $1 850.

Absa Capital told the Mail & Guardian that purchases of their gold exchange-traded fund Absa NewGold have increased three-fold over the past few weeks. FNB chief executive Michael Jordaan said that the bank had sold its usual monthly volume of Krugerrands in just one day, with one client buying over 300 ounces at once.

Others, however, are warning of a gold bubble, especially as bubbles usually reach their peak when retail investors start buying. The gold price has become extremely volatile, moving $50 at a time, which some traders believe is dangerous territory. Gold is also driven entirely by sentiment, so it is difficult to predict future movements.

The rise in the gold price has benefitted South African gold miners, with the general mining index opening 6% higher on Wednesday after the public holiday. The Resource 40 and gold index were up about 4% and 1.95% respectively.

However, although the jump is good for the JSE, the impact on the economy will be limited. Gold makes up less than 10% of South Africa’s exports and is declining. Figures released this week show that South Africa’s gold output fell 5.7% in volume terms in June.

Some people in the Democratic Alliance apparently have a narrow view of what sustainability means, but voters are concerned about the climate crisis
Read more
Opinion

The state must prioritise a residential housing construction programme

This will help boost the economy, create jobs and give people decent housing, which is a basic right
Read more
Opinion

Motosport’s top competition is dropping hints of coming back, but would we want this to happen?
Read more
Education

Preparing graduates for the workplace