Make time for yourself 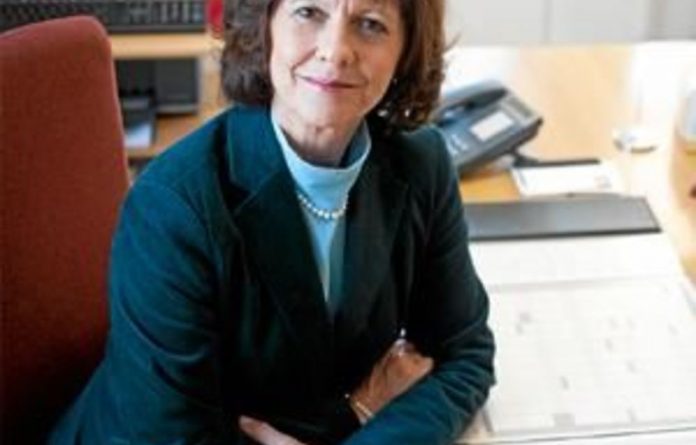 As the first child in her extended family who had the privilege of attending university, Dr Jane Hofmeyr’s appreciation for the possibilities that an education can unlock runs deep.

This could also explain the passionate contribution that Hofmeyr, the national executive director of the Independent Schools Association of Southern Africa (Isasa), has made to education during the past three decades.

Until Hofmeyr took up her current position in 1999, she participated in several large-scale policy task teams for the government, particularly in the areas of teacher training and further education.

She believes that the discipline of history, which she ­studied and taught, and her work as a policy analyst in the 1980s and 1990s, when fierce debates raged in education, taught her to argue and defend a position.

But so did her parents: her father debated issues with her and her mother worked at a time when it was unusual for women to have a career.

Working life
Hofmeyr began her working life as a history and English teacher at Jeppe Boys’ High School in Johannesburg, and the directness and fun of teenage boys remains a lasting memory for her.

Today she wishes she had taught for more than the two years before she was seconded to the Johannesburg College of Education as a lecturer.

Her fascination for education and policy studies drew her into post-graduate studies in these areas and work as a public policy analyst for the Urban Foundation and the National Business Initiative.

Her understanding of corporate social responsibility resulted in consulting for companies, and her policy expertise led to her research on government task teams.

As a teacher, researcher, consultant, lecturer and policy adviser, her work was initially focused on the public sector. Hofmeyr is unequivocal that it is the quality of the public school system that is the key to economic growth, national development and the reduction of poverty and inequality.

But this does not mean a dynamic and diverse independent school sector does not and cannot make a contribution.

On the contrary, with the huge growth of low-fee independent schools that serve poor black communities, the sector now provides a real choice in education to a wide range of communities.

For instance, Isasa has 680 member schools, but 73 of them charge R9 000 or less a year in school fees. Such fees are more affordable than those of most suburban public schools and the low-fee schools deserve guaranteed payment of adequate and equitable subsidies from the provinces to enable them to serve poor pupils.

She is proud of the world-class schools in the Isasa stable and the contribution they make to South African education through their schools and their significant development programmes.

The Isasa brand stands for quality and schools are quality-assured for membership. “We terminate membership if schools no longer meet our quality requirements,” she says.

Before Hofmeyr retires at the end of 2013, she is keen to see the growing acceptance by the education authorities of independent schools as a complementary sector formalised through “a real partnership with the department of basic education or a provincial education department”.

This will be the result of tireless advocacy work by Hofmeyr and her team.

Black learners
She also wants to expand Isasa’s mathematics and English programme in member schools. She aims to increase the number and improve the achievement of black learners and teachers in mathematics, science and English through merit bursaries and school-based internships.

The list of tasks Hofmeyr wants to tick off while leading Isasa and driving its 2012 to 2014 strategic plan is long. Her time frame is short.

Fortunately, while raising two children during her demanding career, she has learned to multitask, but she admits that balancing work and life is “always difficult” and involves compromises.

Although she has not always succeeded at this, Hofmeyr is adamant that you should not neglect yourself. “You need rest, relaxation, time for your interests and hobbies and, in fact, just time for you.”

This is something Hofmeyr learned through a string of health setbacks, including breast cancer. In those trying times it was her interest in and passion for her work that carried her through. Her message to other women is: “Don’t worry about being seen as a strong, assertive woman — you need to be.”