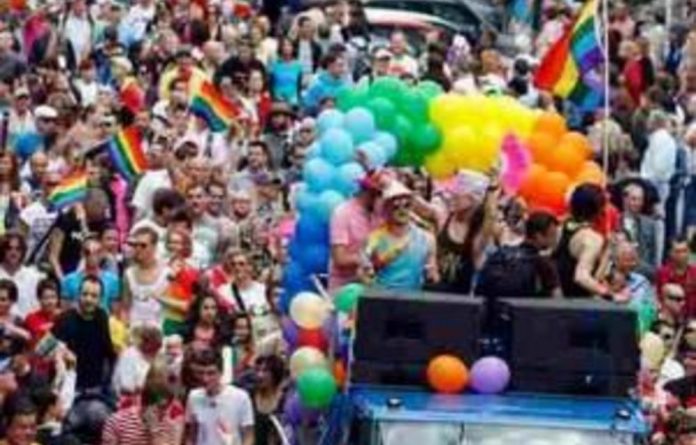 Thousands marched in Prague on Saturday at the climax of the first gay pride festival in the Czech capital, defying a fine drizzle and counter demonstrations by conservative groups.

With many in fancy dress, blowing whistles and waving flags they gathered in the centre of the city before setting off along the main avenues to the sound of music from loudspeakers mounted on vans.

Attracting participants from other parts of Europe as well as the Czech Republic, the parade was to end on an island in the Vltava River for a series of concerts and shows.

Some 300 police were on duty to prevent the sort of clashes that marred a gay march in Brno, the country’s second city, in 2008.

Controversy
The five-day festival, which began Wednesday, sparked controversy long before it started as a top aide to conservative President Vaclav Klaus labelled gays as deviants.

Klaus then backed Hajek, saying the parade was a manifestation of “homosexualism,” not homosexuality, and that he perceived “deviant” as a “neutral word in terms of value.”

This prompted a joint statement from the ambassadors of Austria, Belgium, Britain, Canada, Denmark, Estonia, Germany, the Netherlands, Norway, Spain, Sweden, Switzerland and the United States, who voiced support for the festival.

“It is counter-productive and unnecessary to express support for rights which no one in the Czech Republic denies,” he said in a statement.

“Unfortunately it seems President Klaus just doesn’t get it,” she said, adding, “Come on Mr. President, join the parade and see what we are all about.”

The head of the organising committee, Czeslaw Walek, told AFP, “We are quite surprised by this politicising … We just wanted to have a carnival parade.”

The festival offered about 80 events at over 30 locations in and near Prague, including concerts, films, seminars, exhibitions and parties.