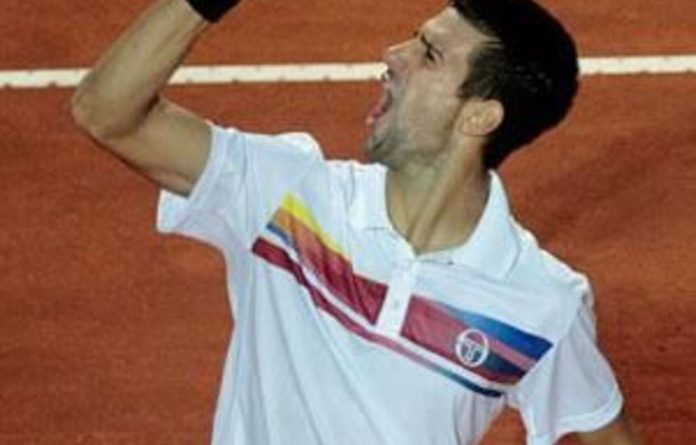 Novak Djokovic says a small shoulder niggle which bothered him en route to a 6-2, 3-6, 6-4 defeat of Mardy Fish to win the Montréal Masters won’t be a problem in next week’s final tune-up before the US Open.

The world No. 1 Djokovic, winner of his ninth ATP title this season, admitted he had a small physical worry in Sunday’s final.

“Throughout this tournament I carried little problems with the shoulder. But it’s okay. Nothing major,” he said.

The Serb confirmed the world number one ranking which which he claimed after winning Wimbledon as he beat Fish for the seventh time without a loss.

Djokovic has now won nine titles in 2011 in nine attempts. He stands a phenomenal 53-1 this season, with his only loss coming against Roger Federer in the French Open semifinals.

“It was a close match, for sure,” Djokovic said. “A couple of points, one good return game in the third set, decided the winner.

“But it’s a final. You can somehow expect that the players are evenly matched and they both want to win the title badly.

“I knew that I had to fight for it. Up to the last moment, you didn’t really know who is going to win, but I believed I could do it. This was a big satisfaction.”

The 24-year-old is the first player to win an ATP title in his debut as number one since Pete Sampras in Hong Kong in April 1993.

Djokovic now stands 27-13 in career finals while Fish, winner of the Atlanta title in July, was competing in his third straight final of the pre-US Open summer.

“Today I started off really well, I played a first set and couple of games better,” said Djokovic. “I did get tight in the end.

“It was an even match, he served well and he was moving well. I played one good return game in the third set, and it was enough.” Fish saved three match points in the final game from Djokovic errors before the Serb triumphed on his fourth opportunity with a service winner after two hours, 23 minutes.

‘It hurts’
“This loss is really hard to take, just so much energy mentally and physically goes into going that far. I wanted it so badly — it hurts,” said Fish.

“I put myself in a lot of positions to have chances, I just didn’t execute on the big points.

“There’s a reason why he’s won so many matches this year. He’s got to be leading the tour in break points saved, I’m sure, among other things. Those are huge.”

Djokovic blew through the opening set in 38 minutes as he broke the last two Fish serves. But the dangerous American found his range in the second, finally earning a break on his ninth opportunity of the afternoon and taking a 3-2 lead.

That margin was enough to give Fish hope as he levelled the match at a set each.

But Djokovic showed the class that has characterised his season, breaking for a 3-2 lead to love and then producing a love game on serve for a 5-3 margin.

Fish made life tough until the end as he saved three match points from Djokovic errors. With Djokovic firing an unreturnable serve to clinch the victory in front of a crowd sprinkled with flag-waving Serbs. — AFP