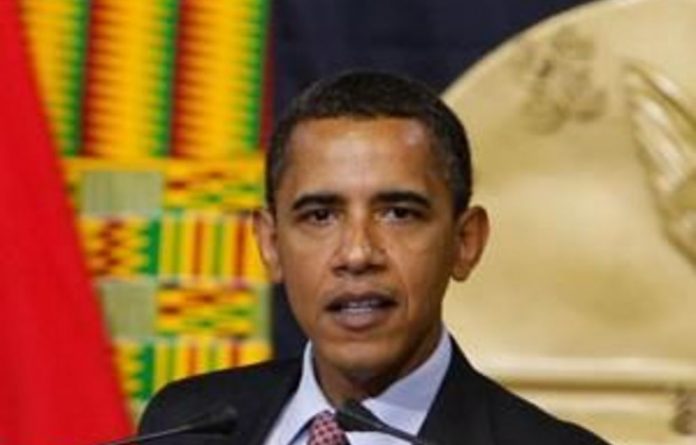 President Barack Obama began a bus tour of the US Midwest focused on jobs and the economy on Monday, aiming to leave behind doubts about his leadership that could dent his 2012 re-election prospects.

The three-day trip takes him to Minnesota, Iowa and Illinois, states he won in the 2008 presidential election, but could expose Obama to voters who, polls suggest, are furious about political gridlock in Washington as he begins serious campaigning for his 2012 re-election bid.

The White House says Obama is on a listening tour to hear from Americans about the economy and talk about how to boost jobs and hiring. There are no plans announced for a major policy speech to roll out initiatives for economic growth.

With US unemployment mired at just above 9%, jobs are expected to be the central issue for voters in next year’s presidential and congressional elections.

Even some of Obama’s fellow Democrats have expressed frustration that the president has not promoted plans to boost jobs growth more aggressively. Republicans blasted the trip as a taxpayer-funded “debt end” bus tour and hammered Obama over high unemployment, record national debt and the flagging economy.

Obama was distracted for much of the summer by a divisive debate over the debt and deficits that triggered a downgrade in the US credit rating and undermined the public’s faith in Washington.

With his own poll numbers flagging, Obama will use the tour to tout his job-growth agenda, which includes extending a payroll tax cut, finalising free-trade pacts and authorising infrastructure projects to create positions for construction workers.

He will also try to channel citizens’ anger about the bad economy against Republicans in Congress. Obama’s job approval rating dipped below 40% — to 39% — on Monday in the Gallup daily tracking poll.

Campaign-style trip
Obama will speak at a town hall style meeting on Monday in Cannon Falls before heading to Decorah, Iowa. He then holds a rural economic forum in Peosta, Iowa, on Tuesday and town hall meetings in Atkinson and Alpha, Illinois, on Wednesday before returning to Washington.

The unmistakable campaign style of the trip will help the Democratic president test his organization and grassroots support as the field of Republican presidential candidates takes clearer shape.

Texas Governor Rick Perry entered the race for the Republican nomination on Saturday and immediately joined early front-runner Mitt Romney and Michele Bachmann in the top tier of candidates in the field.

Iowa, which launched Obama’s journey to the White House in 2008, has recently been playing host to Republican presidential hopefuls who have been criticizing his record as they crisscrossed the state.

Bachmann on Saturday won the Iowa straw poll, an early test of strength among the Republican candidates.

Former Minnesota Governor Tim Pawlenty became the first major casualty of the 2012 campaign when he dropped out of the race for the Republican nomination on Sunday after a disappointing showing in the Iowa straw poll.

Obama’s departure followed a spate of bad news that has dented confidence in his leadership, particularly after weeks of bitter debate over raising the US debt limit that exposed deep partisanship verging on government dysfunction.

The leading ratings agency Standard & Poor’s downgraded the country’s AAA credit rating and fears of another US recession have grown, adding to investor concerns about Europe’s ongoing debt crisis. Stock markets whipsawed over the past week, producing one of the most volatile periods of Obama’s presidency. — Reuters