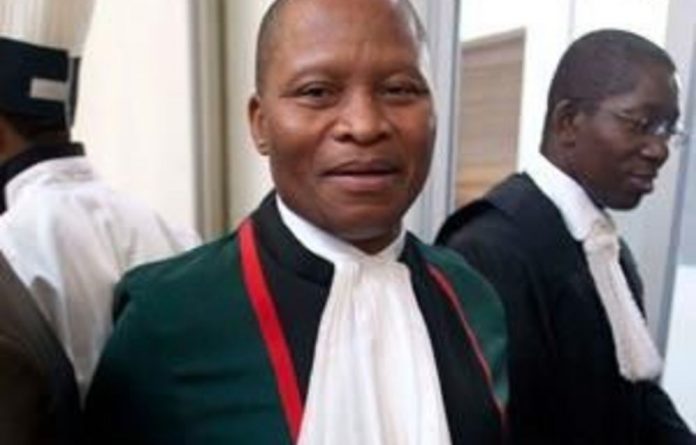 Only the ANC has so far come out in support of President Jacob Zuma’s surprise nomination on Tuesday of Constitutional Court Judge Mogoeng Mogoeng as new chief justice.

Opposition parties mostly reserved comment on the wisdom of the move.

But acknowledging receipt of Zuma’s letter on Tuesday regarding the appointment of a new chief justice, United Democratic Movement leader Bantu Holomisa said it was difficult to give views on a candidate who had “already been chosen” by Zuma, because of not being acquainted with the selection criteria used.

However, after a brief background check he discovered Mogoeng, 50, seemed to lack Constitutional Court experience and “appears controversial to say the least”.

“The only positive that I could casually pick up about the nominee is his age … I would strongly recommend that the experience of the candidate for the position of chief justice be accorded due regard in the selection method used,” Holomisa said.

“However, as it is clear that president Zuma has already made up his mind and that the consultation process is a mere formality, it is a foregone conclusion that Judge Mogoeng Mogoeng will be appointed the next chief justice,” Van der Merwe said.

DA leader Helen Zille confirmed receiving a letter from Zuma asking for the DA’s comments on Mogoeng’s suitability for the position by August 24.

The party would carefully consider Mogoeng’s track record, jurisprudence, and past commitment to the independence of the judiciary. In addition, given the proposed expanded functions and office of the chief justice within the new legislative framework of the courts, any nominee for the position would need to have clearly displayed superior administrative and financial skills.

It was in South Africa’s interest that a new chief justice would defend the independence of the legal system and the Constitution in an impartial manner.

“As the president has given us time until August 24 2011 to submit comments, I will be discussing the issue with party members and the decision-making structures of the Freedom Front Plus before we give any comments,” Mulder said.

The Pan Africanist Congress (PAC) of Azania spokesperson Apa Pooe said Deputy Chief Justice Dikgang Moseneke should have been nominated instead. It was a vote of no confidence in Moseneke who had served no fewer than two different chief justices.

However, the PAC’s disappointment did not in any way reflect on Mogoeng’s capacity or reflect non-support thereof, he said.

‘Full confidence’
The ANC, on the other hand, welcomed the nomination and said it had “full confidence” in him.

“Not only do we welcome progress in the process of filling the void left by retired chief justice Ngcobo, we firmly believe that this will now create certainty and stability in the highest court in the country — the Constitutional Court,” said spokesperson Jackson Mthembu.

In terms of the Constitution, Zuma has to appoint the chief justice after consultation with the Judicial Service Commission and leaders of parties represented in the National Assembly.

On Tuesday Zuma sent letters to parties and the commission advising them of his nomination of Mogoeng as his preferred candidate for chief justice.

He was born in Goo-Mokgatha (Koffiekraal) village, north-east of Zeerust, on January 14 1961.

In 1989, he completed his studies at the University of South Africa, where he studied an LLM concentrating on labour law, the law of property, the law of insurance, the law of evidence, and the law of criminal procedure. — Sapa

Mandela back home after weekend in hospital