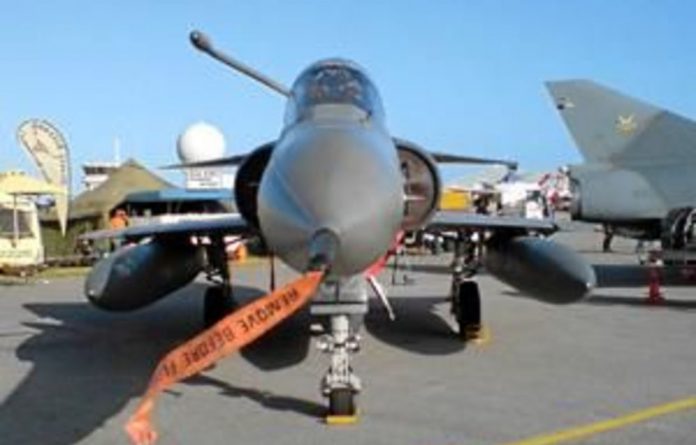 One of 12 former South African Air Force (SAAF) fighter aircraft, sold to Ecuador for more than R550-million, has been quarantined following an unspecified “in-flight” incident in the South American country.

“Denel Aviation confirms that one of the 12 Cheetah supersonic fighter aircraft sold to the Air Force of Ecuador in 2010 experienced an in-flight incident on Monday in Taura,” said Phochana.

“The FAE Ecuadorian pilot, Major Galo Álvarez, suffered light injuries and was taken to the naval hospital, where he is recovering.”

She was unable to confirm Ecuadorian news reports that the pilot suffered facial injuries due to decompression in the cockpit.

Phochana said Denel test pilot Mike Weingartz, who was seated in the rear cockpit of the aircraft was, however, able to bring the aircraft safely back to Ecuador’s Taura air base.

“Denel’s thoughts are with Major Álvarez and his family and the company wishes him a prompt and full recovery,” she said.

Denel’s aviation chief executive, Mike Kgobe, has dispatched a team of investigators to probe the incident. Phochana said the team was expected to arrive in Ecuador on Thursday.

Denel Aviation had sold the 12 Cheetah C supersonic fighter aircraft to Ecuador as part of an agreement signed by Kgobe in Ecuador’s capital, Quito, in December last year, said Phochana.

The $78-million package was sold to the country by Denel Aviation, the SAAF and Armscor.

“Denel Aviation [formerly Atlas Aircraft Corporation] is the design authority of the single-seat fighter that was locally developed as a variant of the [Dassault] Mirage lll in the 1980s,” Phochana said.

“In terms of the agreement with the Ecuadorian Air Force Denel Aviation will continue to provide a comprehensive maintenance and support service for at least five years following the sale, with an option for renewal.”

Kgobe stated that the ongoing maintenance contract involved the provision of repairs and overhaul work to a wide range of aircraft models.

“Our offer met the needs of FAE, which was looking to modernise its fighter fleet,” said Kgobe, adding that talks between Denel Aviation, Armscor and the FAE had begun in 2009.

The Denel Cheetahs had been in storage since they were retired from active duty in 2008.

“The aircraft have been made available for sale through Armscor, the state agency responsible for the sale of surplus military products and equipment,” said Kgobe.

Denel Aviation and the South African Cheetah Support industry, in conjunction with the SAAF, was directly involved in the decommissioning and packaging for storage of the aircraft and support infrastructure.