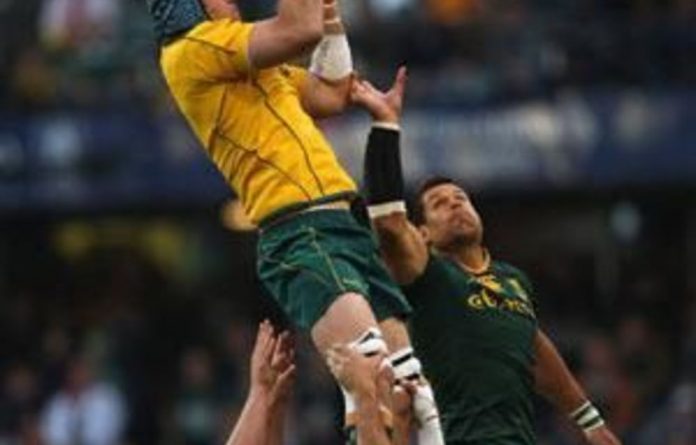 Lock Horwill, who led the Queensland Reds to the Super Rugby title this year, will become Australia’s 77th captain when he leads the Wallabies out against the All Blacks in Brisbane on August 27 13 days before the start of the World Cup.

Flanker Elsom captained the side for the 24th time in last weekend’s 14-9 Tri-Nations victory over South Africa in Durban, only his fifth match of a season heavily disrupted by injury.

“You got to do what you believe is right,” Deans told reporters at the squad announcement at Sydney airport.

“Critically we believe it’s not just in the team’s interests but in Rocky’s best interests as well.

“He’s working hard to get back to full fitness but this frees him up to concentrate on that. He’s clearly a really important member of not only the team but the leadership team.”

In the team’s best interest
The New Zealander has also gambled on a string of players returning from injury for his World Cup squad but there was no place for 92-cap back Matt Giteau, who would have been considered indispensable two years ago.

Deans said the loss of the captaincy would not have been Elsom’s choice but the decision had been made easier by the 28-year-old’s reaction to the news.

“It was an impressive, spontaneous response, he just said ‘whatever is in the best interest of the team’,” Deans added.

“I think you’ll see an impressive Rocky Elsom in the next few weeks.”

Giteau (28) was dropped for the Tri-Nations after playing in the Wallabies’ 32-23 loss to Samoa in July — their first defeat to the Pacific island nation.

‘Tough calls’
Deans was keen to emphasise that the twice world player of the year nominee would remain part of the “shadow squad” of players who would remain in training in case of injuries.

“There’re tough calls every time and there’s a number of good players have been unlucky but it’s a long road. There’s a long way to go,” Deans said.

“The likelihood of us needing someone beyond the existing group is high so obviously it’s a tough pill to swallow for players like Matt … but the wheel turns.”

Berrick Barnes, who offers similar options to Giteau at flyhalf and inside centre and can also play at fullback, was included in the squad despite taking a break from rugby in June after suffering a series of concussions.

“You can see it in his eyes; he’s back out there again. Not only is he thriving in the game, just his whole demeanour,” Deans said of the 25-year-old, who has played four club games since his return.

‘A dream come true’
The absence of Giteau, who can also cover halfback, meant a place among the 13 backs for Nick Phipps as a third scrumhalf behind Will Genia and Will Burgess with Barnes likely to be second in line to Quade Cooper at flyhalf.

Hooker Tatafu Polota-Nau, prop James Slipper, number eight Wycliffe Paul, centre Rob Horner and winger Drew Mitchell all came through fitness tests on Wednesday to take their places in the squad but there was no spot for prop Ben Daley.

Among the 17 forwards was number eight Radike Samo, who played his first Test for Australia in seven years last week in Durban after having his career resurrected at the Queensland Reds.

“It’s like a dream come true,” said the Fijian-born 35-year-old. “I’m so proud of myself for making the squad. If I hadn’t made this, it would have been it for me as I won’t be around for the next World Cup.”

Samoa’s pride was matched by his Queensland skipper Horwill, who had played just one Test before Deans took over in 2008 but has become an automatic choice when not injured.

“It came as a surprise but I feel very privileged to captain my country,” the 26-year-old told reporters. — Reuters

Amla steers Proteas to 411 against Ireland in world cup