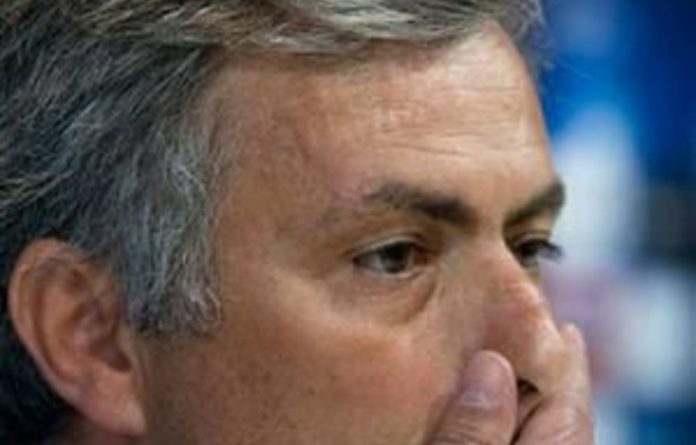 While Real Madrid may trust in José Mourinho to bring trophies to the club, players from arch rival Barcelona believe the Portuguese coach is ruining Spanish soccer with his abrasive attitude and tactics.

Barcelona secured a 10th Spanish Super Cup with a 3-2 victory over Real Madrid on Wednesday in a tension-filled match that spilled over into a brawl and three red cards in the closing moments.

Mourinho jumped into the melee and seemed to put a finger into Tito Vilanova’s eye, then made a derogatory reference to the Barcelona assistant coach in the post-match news conference.

“Mourinho is destroying Spanish football,” Piqué said after Barcelona clinched its 10th Super Cup with a 5-4 aggregate victory in the home-and-away series.

“It’s not the first time and it’s always a number of players and the same ones, so there has to be some way of stopping them. I hope they adopt the necessary sanctions.”

‘Damaging’ image
While tensions are always high in the matchup between the Spanish giants, on a hot, humid night it spilled out onto the field after Marcelo’s brash tackle on new Barcelona signing Cesc Fabregas, which drew the first of three red cards during injury time.

Even the diminutive Lionel Messi, who scored two goals after setting up Andrés Iniesta’s opener, mixed it up with Mourinho, Pepe and Marcelo in the heated exchanges.

“Real Madrid should be concerned about the image it is giving, it’s very damaging,” Xavi said. “Marcelo’s tackle has no place in football. Totally shameless, a real shame for football in general this image generated by Real Madrid.”

Before the ugly finish, Madrid twice rallied to equalise before Messi’s dramatic winner in the 87th, mostly by playing up-tempo, attacking soccer.

But the lasting memory will be the same as in April when four meetings in 18 days produced more spectacle off the field than on it.

A bad ending
Mourinho has clashed with Barcelona ever since his time as coach at Chelsea, although since his arrival at Madrid the animosity has increased against the club where he once worked as an assistant coach. Mourinho was sanctioned for five matches in April after alleging Barcelona received favourable treatment from referees and Uefa after a 2-0 defeat to Barcelona, when Pepe was red carded.

But he was unimpressed with the way the match finished.

“The images speak for themselves,” said Guardiola, who equalled Johan Cruyff as the most successful coach in Barcelona history with his 11th major trophy. “If this doesn’t stop it’s going to end badly.” — Sapa-AP