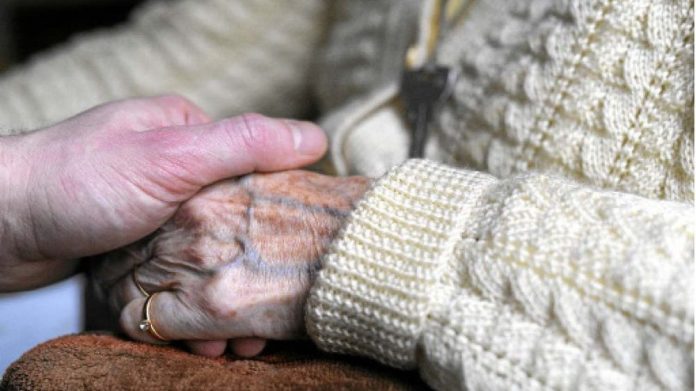 It has been a myth for generations that growing old is accompanied by forgetting things, struggling with routine tasks, having mood swings and undergoing a personality change. But Alzheimer’s disease is not a natural part of growing old.

It is a disease that knows no social, economic, ethnic or geographical boundaries, which shatters another myth entrenched in South Africa — that Alzheimer’s affects only white people and has little impact on the lives of blacks.

So what exactly is Alzheimer’s disease? It is often described as the most common form of dementia, a mental condition that leads to the serious loss of cognitive ability in a previously unimpaired person. But Alzheimer’s is actually degenerative, progressive, incurable and, over a period of several years, terminal.

This unrelenting condition extracts a heavy toll, not only on sufferers but also on loved ones who care for them. Over time people witness their mothers, fathers or grandparents slide into an increasingly unresponsive world of their own, characterised first by short-term memory loss. This is followed by disturbances in reasoning, judgment, language and perception.

What causes Alzheimer’s is still not fully understood, but scientists are seeing evidence of the production of a specific protein called beta-amyloid, which leads to the death of nerve cells in the brain.

Although quite rare, there are early-onset Alzheimer’s cases that are diagnosed before people reach the age of 65, but this form of the disease affects only 5% to 10% of all Alzheimer’s sufferers. It is nearly always people older than 65 who are affected and the likelihood of having Alzheimer’s disease increases after the age of 70. Statistically, by the time a person reaches the age of 85, he or she will have a 50% chance of being affected by Alzheimer’s.

It is estimated that up to 36-million people worldwide are affected by Alzheimer’s, a figure that is expected to quadruple by 2050. The reason for this rapid growth is obvious: people generally are living much longer than they used to do. It is striking to view a map of the world that highlights the nations most affected by Alzheimer’s and compare it with a map of the world that illustrates the wealth of individual nations, because there is a perfect match.

According to Alzheimer’s South Africa, a leading advocacy group, the disease is largely underdiagnosed and subsequently not adequately reported throughout Africa.

It is thus hard to say exactly how many people suffer from the disease in South Africa, but the group estimates that there are as many as 250 000 people who suffer from dementia.

Alzheimer’s South Africa funded a pilot study into dementia, of which Alzheimer’s is only one of the causes. Conducted by researchers from the University of the Free State, the study discovered that the prevalence of dementia among the urban black population was three times higher than previously estimated.

In black communities, it seemed, people accepted the symptoms of Alzheimer’s as a normal part of ageing. To date, little has been done to dispel this myth.

The study also found that healthcare workers were often not trained to look for the symptoms of dementia. The government’s primary healthcare facilities are all under extreme pressure and Alzheimer’s is just not a priority.

With a growing elderly population, as well as rising urbanisation, there is no doubt that Alzheimer’s will be the fate of more South Africans in the future.

Caring for sufferers becomes a major challenge because there is so little awareness or understanding of the disease. In addition there are few residential care facilities that cater for sufferers in the latter stages of Alzheimer’s.

Although footballers had higher risk of death from neurodegenerative disease, they were less likely to die of other common diseases
Read more
Environment

Diminishing levels of an omega-3 fatty acid may have health consequences, including a higher risk for depression, ADHD and early dementia
Read more
Health

Could companies’ wooing of social media influencers be just a clever ploy to get around the country’s tobacco advertising ban?
Read more
Health

When kids at risk of suicide can talk to trained friends & family, they're seven times less likely to die, says one of the world's largest studies.
Read more
Health