Nollywood and the net: A love story 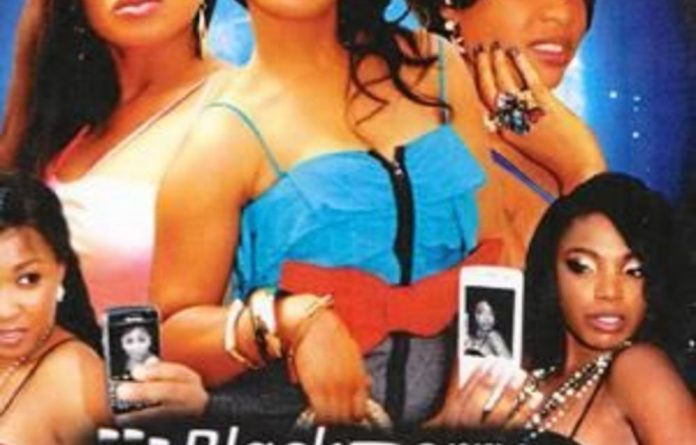 It’s a story that has all the makings of a Nollywood production. In the Sixties a young Nigerian woman falls in love and leaves Africa to follow her sweetheart to London. Her marriage is blessed with a baby boy called Jason but soon after his birth there is heartbreak.

The beloveds break up, leaving young Jason Njoku and his mother in the government housing projects of southeast London. Life is a struggle in this inner-city ghetto where many youngsters lose their way.

“I guess in Western terms one would say we were poor,” Njoku said. “The aspirations of most people tend to be very low on council estates. The crime rate is high, a lot of the girls I knew are now single mothers and many boys land up in jail. I saw that life was very hard for my mother.”

But Njoku was one of the fortunate ones. His mother saved enough money for him to further his ­studies. In 2005 he studied chemistry at the University of Manchester before embarking on a series of failed ­businesses, including ventures in publishing and new media.

As with many Nigerian expats, his mother maintained strong relationships with her family back home. When Njoku was older and visited his mother at her London home, she would watch Nollywood movies that she got from Nigeria.

“My mom stopped watching British and Western programming after discovering Nollywood and I would sit with her and watch movie after movie,” said Njoku.

Familiar features
He remembers being mesmerised as the small screen showed African villages or cities as the backdrop to stories filled with intrigue and drama.

The characters spoke a dialect he could understand and Njoku instantly identified with these films, which had recognisable hallmarks of the tales his mother had told him over the years.

“She would tell me stories about the war, about my family and the community, stories about my grandparents. So when I saw my first Nollywood movie, everything was familiar.”

But Njoku and his mother were not the only people obsessed with ­Nollywood films. Everyone Njoku knew was obsessed. It seemed that, almost overnight, the entire Nigerian expat community in London was hooked on the movies.

The Nigerian video industry exploded on the scene about 10 years ago. As movie producers were bemoaning the prohibitive cost of ­creating cinema, the digital revolution made producing movies for video suddenly far more affordable and accessible.

Successful from the start
In its December edition last year The Economist noted that the first Nollywood movie was conceived on the back of an ill-advised business venture. The way the magazine tells it, a trader named Kenneth Nnebue in 1992 “ordered a large consignment of blank videotapes from Taiwan. Finding them hard to sell, he hired a theatre director to make a cheap film and copied it to the tapes to boost their appeal.”

The disaster turned into a profitable success. Living in Bondage — a dark thriller that combines black magic with the story of new wealth in Nigeria — was not only a blockbuster that sold more than half a million copies but also spawned a lucrative industry.

Today Nollywood is to Nigeria what Starbucks is to the United States. You cannot walk down a Lagos street without seeing a Nollywood video for sale.

Productions are fast and cheap compared with Hollywood or Bollywood budgets. And unlike Hollywood, which is beset with powerful studios and temperamental stars who demand luxury trailers, the purse strings in Nigeria are often pulled by distributors or financiers wanting a slice of the action. Movies can be made — and often are — in a week for as little as $15?000.

Still, it is estimated to be a $500-million industry. In 2006 Nollywood overtook Hollywood to become the world’s second-largest producer of films; Bollywood is the biggest. Fuelled by the growing demand from other African territories and expats such as Njoku’s mother, Nollywood is believed to produce more than 200 flicks a month.

But Nollywood faces some of the same problems as Hollywood: the mass production of counterfeit DVD copies has eaten into revenues and online piracy has hit the industry hard.

Missing tricks
Until Njoku came along, movies were being shown online in fragments; at the same time there was a ­complete dearth of information that could usefully ­market the industry. When Njoku’s mother implored him to source more Nollywood ­videos for her online, he realised the industry was missing a trick that could prove to be a huge opportunity for him.

That was when Njoku bought as many Nollywood movies as he could lay his hands on and “drowned in them” for six months. “I was working from home and ­literally spent 18 hours a day ­becoming a ­Nollywood expert,” he said.

In April last year Njoku ­convinced his best friend to provide funds and the Londoner jumped on a plane to Lagos. He waded into the Nollywood market in Nigeria and sold the idea of a YouTube-type distribution model to producers who could hardly understand his English accent.

Njoku was initially greeted with scepticism, but he was unrelenting. “They are filmmakers by nature, so if there is no money on the table they’re simply not ­interested in speaking to you. There’s a real ­economic struggle for the heart of ­Nollywood and, despite the ­pressures that the producers face, there’s a ­viable movie industry.

“Nothing compares with Nollywood — with its producers and marketers who innovate and still make a profit in an environment that has no respect for intellectual property.”

Njoku was selling the dream of ­creating an internet-based distribution channel for Nollywood at about the same time that Google was expanding its YouTube partner ­programme.

An enormous new audience
Introduced to the world in beta in 2005, YouTube was officially launched that December. More than eight million videos were watched on the channel daily; six months later YouTube was acquired by Google for $1.65-billion and by May last year it was exceeding two billion views a day.

The YouTube partner programme enables people like Njoku to make money on advertising that is shown through their content. The programme expanded to Africa this past year, which meant that anyone with a cellphone, free editing software and a big idea could start carving a lucrative career as an internet film director. In local currency top channel owners on the continent make about R60?000 a month.

“I created a marketplace that ­valued Nollywood content at a price that was acceptable to producers, but for Nollywood Love to succeed I needed a huge catalogue.”

Njoku initially bought older movies that were no longer sold to the local market, but that proved hugely ­popular when uploaded in their entirety on YouTube.

Late last year he moved back to Lagos so that he could be in direct contact with the people who make the movies. By the end of the year he had acquired the rights to 200 ­movies in a partnership with his financier and friend from university, ­Bastian Gotter.

The Nollywood dream
Still an emerging business that is only seven months old, in June Nollywood Love got about nine million views from 1.2-million unique visitors in 231 countries. “The traffic comes primarily from countries that are broadband rich and our biggest market is in the US, which makes sense if you consider the ­African diaspora and broadband ­penetration,” Njoku said.

Thanks to him and YouTube, Nollywood is undergoing a rebirth.

“Nollywood is a national treasure that needs to be nurtured. Nigerians can often be glib about their local film industry, but if they truly understood the power, resilience and staying ­factor of Nollywood they would treasure it a whole lot more.”

Jason Njoku will speak at Mobile Entertainment Africa in Cape Town on August 23 and 24. For more information visit www.entertainment-africa.com