South Africa: The good and the ugly 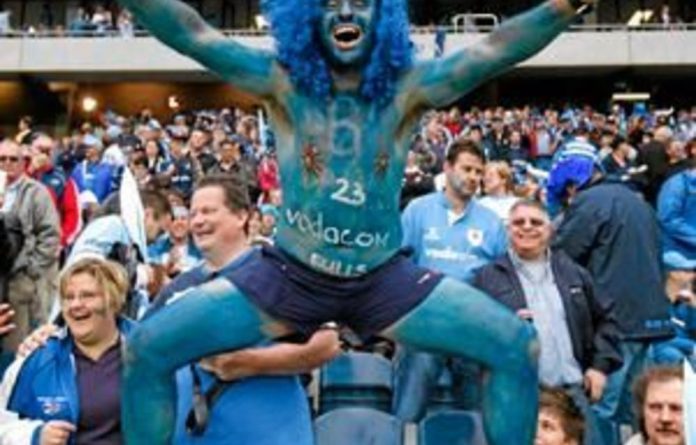 This is an edited extract from the opinion piece titled Of Jacob, Julius, Jimmy and the dancing monkey by Max du Preez.

South Africa’s “Tunisia Day”, when the masses rise up against the government, could happen within a decade, says political analyst Moeletsi Mbeki. The escalating public protests, already a “ring of fire” around Johannesburg, are the beginning of a national uprising, says Cosatu head Zwelinzima Vavi. In fact, “we are sitting on a powder keg”, says Archbishop Desmond Tutu.

Wait, there’s more bad news. Racism has infiltrated the “highest echelons of government”, says senior Cabinet minister Trevor Manuel; white South Africans are “criminals” and “should be treated like that”, says the leader of the ANC Youth League, Julius Malema; the “corrupt political elite” has turned the country into a “full-blown predator state”, says Vavi.

Enough to make even Pollyanna weep. If you want to push her over the edge and reach for the Rescue Remedy, tell her about the ruling party’s campaign to limit the free flow of information to citizens; about the assault on the judicial system; about the neglect of the education system; about top police officers turning out to be gangsters; about police brutality that is back to the level of the darkest apartheid days.

There is no denying that Patient South Africa is sick, but the diagnosis right now should be that it is far from terminal.

Cast your mind back to February and March 2010. Young Julius Malema of the ANC Youth League was rampant. “Kill the boer!” he started singing from public platforms. He travelled to Zimbabwe, embraced Robert Mugabe, praised his so-called land redistribution ­programme as a good example to South Africa and predicted the nationalisation of mines.

White South Africans went into shock. Malema was pushing every one of their panic buttons. All the old pre-Mandela fears came rushing back and many turned on FW de Klerk and Roelf Meyer for “selling us out” in 1994.

In the wake of the Malema blitz Eugene Terre’Blanche of the Afrikaner Weerstandsbeweging was murdered on his farm on April 3 2010. Newspapers carried big, black headlines screaming “Race anger” and “Revenge threats” on their front pages and images of khaki-clad men with guns and swastikas reappeared all over our television screens.

Was this the racial war the right wing had been promising us for so long, many South Africans wondered; many checking their bank accounts just in case it was time for Plan P — P for Perth.

Terre’Blanche’s death unleashed an outpouring of naked white racism not seen for decades. Rock stars attended his funeral, where armed men made dark threats of blood that was going to be spilled. Afrikaans daily newspapers held snap polls among their readers, asking the question: Would you prefer to live in a volkstaat, a white homeland, a Boerestan? To everyone’s shock, two-thirds of the respondents said yes, they would.
South Africa looked fractured beyond cure.

Fast forward a few weeks to the last two games of the Super 14 rugby tournament. They had to be staged at Soweto’s Orlando Stadium because the rugby stadiums had soccer commitments. It was an extraordinary sight. Hardened Pretoria Afrikaners with beer boeps and horns on their heads were partying with ordinary Soweto residents, having a braai next to the road, chatting like old neighbours. The favourite joke in the stands was that the last time so many white men in blue were in Soweto, they came in armoured personnel carriers.

A week later the 2010 Soccer World Cup started and the whole country united behind Bafana Bafana — even the Free State agricultural union issued a statement asking their members to support the national team. South Africans blew their vuvuzelas together, they did the Fan Walks together and they were all deeply proud that they could host one of the biggest international events without a hitch and to great applause from the rest of the world.

South Africa was united as it had never been since 1994 and the 1995 rugby World Cup, and loving every minute of it. South Africa’s future looked harmonious, sweet and very nonracial.

Patient South Africa was looking hale and hearty — in the pink, so to speak.

But the last vuvuzela had hardly sounded at OR Tambo International Airport when the sweetness turned sour very quickly. The former commissioner of police was found guilty of corruption and turned out to be buddies with some of the biggest criminal gangsters in town.

The front pages were suddenly dominated by one huge government or ANC scandal after the other and by stories of massive wealth being accumulated by ANC dynasties, especially the Zuma clan.

The ANC started pushing a Bill through Parliament that would give thousands of politicians and civil servants the power to declare virtually any information a state secret and journalists caught with this information would go straight to jail. The ANC promised a media appeals tribunal that would severely limit press freedom. Malema demonstrated the ANC’s new hostility to the media with a public, on-camera confrontation with a BBC correspondent, calling him a “bloody agent” and a “bastard” with “white tendencies”.

As more local governments imploded, service delivery protests became more frequent and more violent. Teachers belonging to the South African Democratic Teachers’ Union started a national strike just as matric pupils were preparing for their final exams. South Africans were told that R300-million of their tax money had been used to pay off chief executives of parastatals who had made a mess of their jobs. Julius Malema’s campaign to have the mines and banks nationalised gained enough momentum to be put on the official ANC agenda.

The national mood was officially back to ugly. Patient South Africa once again looked like he needed to go into intensive care …

Of Jacob, Julius, Jimmy and the dancing monkey appears in Opinion Pieces by South African Thought Leaders. It is edited by Max du Preez and published by Penguin