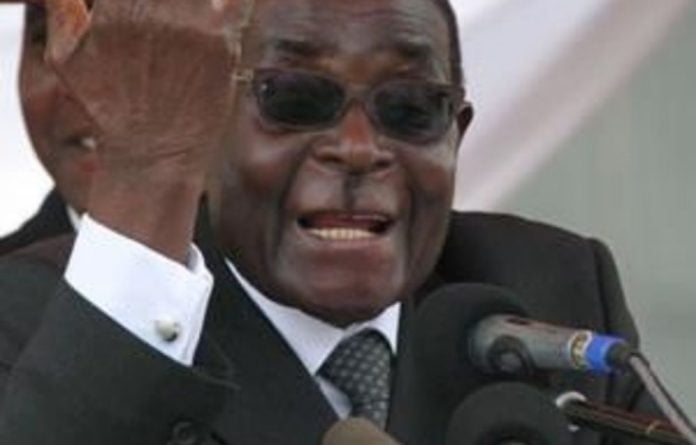 Zimbabwean President Robert Mugabe on Saturday urged the country’s political rivals to desist from violence ahead of elections whose date leaders have yet to agree upon.

“Let’s urge our people,” Mugabe said at the burial of close aide Solomon Mujuru, 62, in a blaze early Tuesday. He was the country’s first defence chief and the husband of Vice-President Joyce Mujuru.

Mugabe also used the funeral, attended by thousands at a shrine for liberation war heroes, to lash out at his familiar targets of Western countries.

“We are very happy that over the past months, there has been some remarkable peace in our country,” he said.

“We all agree. Prime Minister Tsvangirai agrees and Deputy Prime Minister Mutambara. Let it be like that till elections. If you want me, I am there, I won’t refuse.”

Unity undermined by bickering
Mugabe and opposition leader Morgan Tsvangirai set up a unity government after a bloody presidential 2008 run-off, which has stemmed an economic nose-dive but has been hampered by bickering and not ended reports of political abuses.

Amnesty International has accused security forces, firmly in Mugabe’s grip, of complicity in the wave of violence against supporters of Tsvangirai’s Movement for Democratic Change (MDC) earlier this year.

The pair has also disagreed on a date for new polls, with Mugabe insisting on this year while Tsvangirai wants reforms first.

“That is why we continue to say to the British and their allies, the Americans: leave us alone. Get away from us. We are an independent people. We are a sovereign people.”

Personal attacks
He also reiterated his views on gays, calling them worse than animals.

“If you don’t know that a man cannot be a woman then you are worse than my dog and my pig,” he said.

“Because pigs and dogs know their mates naturally.”