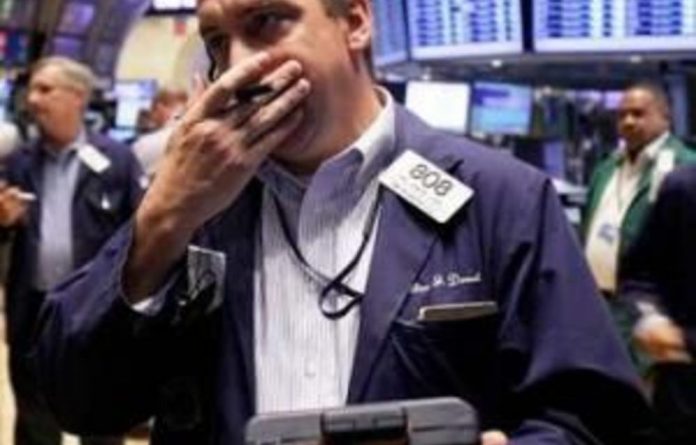 In early summer, before layoffs began sweeping across Wall Street, billboard-sized photos of employees were plastered on the walls, pillars and elevator banks of Credit Suisse Group AG’s offices in the United States (US) and abroad.

The museum-quality prints, depicting workers from administrative assistants to senior executives, were emblazoned with motivational words like “Proactive” and “Partner”. By mid-July, however, the photos disappeared and the Swiss banking giant began laying off 2 000 employees.

Security guards prevented employees from taking cell phone pictures as the posters were stripped away, according to one employee who was present.

“It sent an entirely wrong message,” said an employee, who was not authorised to speak publicly. “Management literally threw away that kind of money on something so trivial while planning to cut thousands of jobs”.

A bank spokesperson declined to comment on the internal campaign or the employee’s comments.

Credit Suisse’s timing illustrates the unanticipated dangers of rampant job-cutting, which tends to run in cycles on Wall Street. Employee morale often plummets at a time when survivors are asked to pick up more responsibility and customer relations can suffer as services and relationships deteriorate.

Cutting ‘muscle and bone’
What’s more, layoffs — inartfully constructed — can come across to shareholders as Band Aid solutions that at best temporarily cut expenses and at worst pare away reserves of talented people.

“They finished cutting the fat and now they’re into the muscle and bone,” said Tim White, a managing partner who specialises in wealth management at the recruiting firm Kaye/Bassman International in Dallas.

The planned cuts at the Bank of America have pushed the number of financial sector layoffs this year to 18 252 — 6% higher than in the comparable period in 2010, according to Challenger, Gray & Christmas, an outplacement firm that keeps a daily tab on layoff announcements.

Some companies began the culling earlier this year — HSBC has already axed about 5 000 employees, with 25 000 more set to get pink slips by the end of 2012 — and others, such as Goldman Sachs, said that cuts will come by year’s end.

That is not good for morale.

Biting into client service
Hours have become longer, trading floors have more open seats and fresh young faces are taking over offices where high-level personnel once sat. The highest paid people can be easy targets for layoffs now, given the cost of keeping them employed and the eagerness of younger workers to take on their roles, even at less pay, executive recruiters said.

Changes in pay structures, mandated in part by the Dodd-Frank financial reform laws, have exacerbated the problem.

Banks that used to pay modest base salaries supplemented by opulent stock-and-option packages that encouraged meeting short-term performance goals now are weighting compensation toward base salary.

Managing directors at investment banks have seen a typical base salary double to $400 000, said Paul Sorbera, president of Alliance Consulting. Meanwhile, 2011 bonuses are expected to fall by up to 30% for top earners, according to pay consulting firm Johnson Associates.

The danger is that client service suffers.

Investors, for their part, tend to view cost-cutting as a short-term solution that fails to address fundamental issues relating to capital, strategy and the ability to endure through hard economic times.

Forced into early retirement
At Credit Suisse, some senior jobs have been consolidated as executives have been escorted toward early retirement with offers of bonus bridges and other payments, sources familiar with the matter say.

Managing directors in businesses that have missed revenue targets have been told to reduce millions of dollars’ worth of head count expenses, according to a managing director who received such a request. In some areas, including operations, legal and technology, more work is being outsourced and mid-level employees are being replaced by consultants.

“People are leaving resumes on the printers, hoping someone picks it up,” the Credit Suisse employee said.

Some sources believe that banks are repeating their typical hiring strategy: Cutting staff levels too deeply in bad times only to rush out with open cheque books when markets recover.

“When people are getting hired, fired, hired, fired, every two years, it’s very difficult to run a business,” said Conrad Ciccotello, a finance professor at Georgia State University who has studied the issue. “There is precious human capital destroyed in vicious boom-and-bust cycles that is costly to replace”. — Reuters