Exploited and abused in the Western Cape 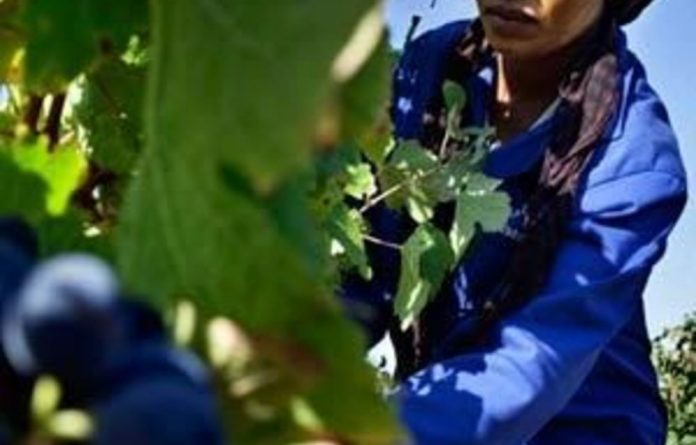 A report into the working conditions of farmworkers in the Western Cape fruit and wine industries released on Tuesday has revealed shocking details of human rights abuses in the sector.

The Human Rights Watch (HRW) report entitled Ripe with Abuse details the daily experience of many of the province's 121 000 farmworkers who face harsh treatment from employers, exposure to toxic pesticides and often no access to drinking water or toilets.

Despite working in one of South Africa's most profitable industries, the workers earn among the lowest wages in the country.

In addition to the shocking working conditions, also described in the report is how most workers in the sector who live on the farms where they work face the constant threat of eviction, due to unfavourable land tenure rights.

Inhumane conditions
The report is based on the testimonies of current or former farmworkers, as well as farm dwellers.

One of the respondents, a farmworker referred to as Isaak S, described how for over a decade he and his family have lived in a hovel with no amenities such as electricity or running water. The former pig pen does not even have appropriate shelter and coverage to protect his wife and children from the elements.

According to the report, when Isaak requested alternative accommodation he was told by his employer that other farm workers had to "be gotten rid of" before his needs could be addressed. Ten years later, he and his family still reside in the same pig stall.

In a separate case, Dino M, who works with pesticides every day, told how he had been given inadequate protective clothing to wear while working with the toxic chemicals. According to his testimony, he received only gloves and overalls which did not completely shield him from the harmful pesticides. In attempts to block the spray of chemicals he, along with other workers, covered their faces with their caps.

Sinah B endured forced eviction. She spoke of her harassment at the hands of employers who tried to evict her from the farm she worked on. Cutting the electricity and running water in the middle of winter, farm security guards harassed Sinah and her two children day and night in their efforts to get her to leave the premises.

Attempts by workers to form unions to improve their conditions have failed, by and large, with the report showing how labourers are in many cases denied their right to freedom of association, and threatened with dismissal.

Government to blame
The report details how many of the instances of abuse and rough working conditions are as a result of government shirking its duty in implementing rules and regulations meant to protect the rights of farmworkers.

On many accounts in the report, local government authorities have been slow to assist farmworkers, as there is no clear legislation on which government department or organ of state is tasked with overseeing workers' conditions.

In addition, routine checks by the Department of Labour on farms in the province are often not carried out, and yield little to no results in improving working conditions when they are conducted.

Municipal governments are generally unprepared to assist evicted farm dwellers, and there is no clear agreement on which government entity is responsible for doing so.

This has resulted in gross violations of the country's Health and Safety Act, along with the Basic Conditions of Employment Act, the report noted.

Immediate action
As part of its recommendations, the HRW has called for action from several roleplayers in the sector.

The Department of Labour has been requested to enforce compliance with existing labour laws and impose sanction on violators, while the Department of Rural Development and Land Reform should ensure the land rights of workers and eliminate illegal evictions.

The HRW has also demanded farm owners take an active role in ensuring incorrect labour practices cease in the province by creating a system to implement and monitor the Agri Wes-Cape Code of Conduct.

Additionally, the report encourages consumers and retailers of products in the sector to scrutinise the willingness of suppliers to ensure the conditions of farmworkers improve.