Fruit of a poisoned vine 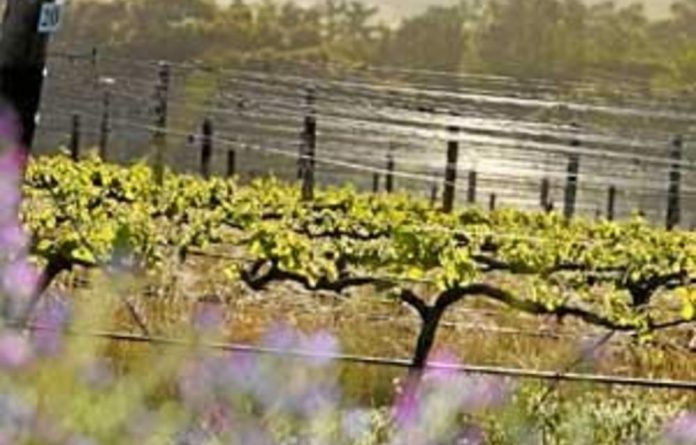 These issues have been an open secret in the industry for many years, but have seldom been raised in mainstream discussions and reviews of the world of wine. Consumers seem to be largely unaware or apathetic about the social problems at the heart of the industry.

We spoke to Tim James, the Mail & Guardian‘s regular wine columnist, about the issues raised in the report, and the effect will have on the industry and its consumers, if any.

Are the issues that the HRW report spoke about be of concern to those on the “receiving end” of the industry — restaurateurs, wine tasters and reviewers? Or is it something that most try not to get involved in?

Judging by what is written about these things (almost nothing — agricultural workers are pretty invisible), there’s extremely little interest in social issues. I don’t know of any particular success or failure attached to either good practices or bad practices when they come to light.

Solms Delta, for example, has actually had a fair bit of coverage about its social efforts, but I’m not aware that it’s made a whole lot of difference — maybe a little. But there are no “exposés” that lead to any sustained interest. There’s general silence; no investigative journalism into the issues; no indication from restaurants or retailers that it matters in the least.

And consumers? One would imagine that most wine drinkers do not think about this sort of thing.

There’s little I can say about that: as a wine writer, rather than an expert on the market, I can only guess. What the local industry will be concerned with is the international, not local, market.

It is easy to identify the national origins of wine — unlike footwear and clothes made in a China sweatshop, for example. So it’s more vulnerable to moral boycotts — and there are plenty of alternatives in a crowded market. The pre-1994 boycott was pretty successful in its impact. But unless there is a really big stink — who knows? Things like Fair Trade have had some success and big buyers like Tesco have so-called criteria; but on the whole, as you’re suggesting, most customers don’t really care much — unless it’s very easy to change what you buy — and it is easier and cheaper to switch to a different brand of wine than it is to get new running shoes. That’s the worry.

Locally, I wouldn’t imagine there’d be much outrage. After all, everything here is pretty much this sort of thing. The wine and fruit industries are no worse, I’m sure, than other agricultural industries — probably better, in fact, because of the international exposure.

How open have the estates been? Are there estates that advertise their ethical approach in the area of treatment of workers, as they sometimes do with environmental concerns?

Very little. Sometimes they mention Fair Trade accreditation. But very few have been bothered to even become members of Wieta (the Wine Industry Ethical Trade Association) — and all that is required there for a successful audit, basically, is to obey the laws and regulations! Clearly they don’t see any mileage in it. Certainly some wineries are better at these things than others, and it might be mentioned now and then. But again, the fact that it’s not made a big thing of — unlike the environmental stuff — suggests that, surprise surprise, most people don’t care.

You have mentioned the need for transformation in the industry in your wine columns before.

Any “official” talk about transformation tends to be about ownership, land, etcetera — the top end of things. Very little lip service is paid to the needs of labour. The need for transformation is, in my opinion, at the level of working and social conditions for the workforce — housing, wages, social services, super-exploitation, etcetera. If one accepts the truths in this report and doesn’t like the situation, it’s an indication of the need for transformation. There are a great many bad things happening which need to stop. It’s important to note that if I talk of transformation it’s not specifically a racial category. It’s a transformation of conditions that’s needed, not a transformation of how well or badly things get allocated along racial lines. As far as I can see from my quick glance, this report is — welcomingly — not about race, but about the fundamental divisions in the industry.

Why do you think these issues exist? Is it a case of most people in a “luxury” industry turning a blind eye to the issues? The wine industry is surely only one of many luxury industries that are guilty of practices that are ethically questionable.

Agriculture is a particularly difficult industry to unionise because of isolation, workers’ dependence on bosses, etcetera. The report makes it clear that there is a woeful lack of investigation by the Department of Labour, an insufficient number of inspectors and no real attempt to ensure that laws and regulations are being observed.

Can the issues raised by the report be excused in any way by the “culture” of the industry?

Well, bad wages, etcetera are part of the “culture” of all industries. Western Cape agriculture does have some unique features, such as the exposure to alcohol. Not enough has been done by the industry or society as a whole to transform the appalling situation of endemic alcoholism. Having workers living on farms — hence the problem of evictions, as well as total dependency on the owners — is another real part of history. Some farmers have honestly tried to grapple with this issue. There’s a history of paternalism which is usually as far as it gets. But any cultural aspect that is bad is not an excuse, surely.

The industry is, to an extent, suffering from international low prices, strength of the rand, and so on. It’ll probably claim it can’t afford to improve wages. So what’s new? I’m not sure there was much sign, when things were going better, that greater income was being channelled into improving farmworkers’ conditions.

What do you think the solution is? And what sort of impact do you think these changes would have on the industry? One imagines it might have an effect on prices. Is that too simplistic a view?

Personally, I think the answer is genuine socialism! Within current systems, the first need is to have enforcement of the law by the Department of Labour, if the industry itself is unwilling to do it. It’s the same lack of government interest that governs all of agriculture.

What sort of effect do you think the HRW report, and the media attention that is bound to follow it, will have on consumers?
Who knows? If it blows over quickly, not much. Again, it must be stressed that the wine industry will be concerned about an international boycott, not about local consumers who have little alternative. Of course there’s an element of hypocrisy about it all — agricultural workers, including wine workers, don’t have much fun anywhere in the world.

Human Rights Watch has released a report which reveals flawed working and living conditions for those who produce South Africa’s renowned wines and fruit in the Western Cape. For more click here.