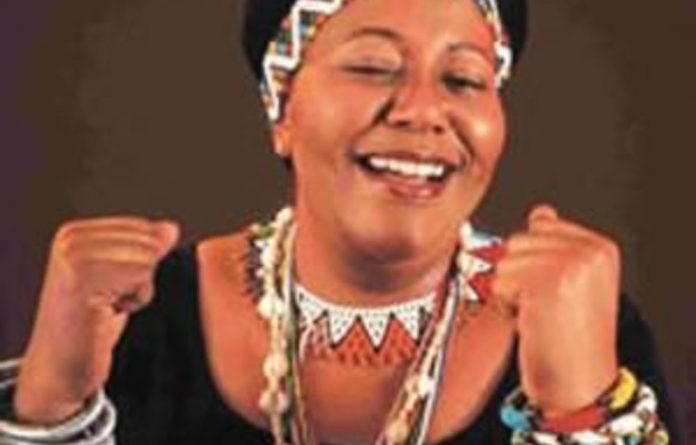 It’s called Spirit Ascending and was first performed in its experimental stage at the Joburg Theatre. It was so well received that the Standard Bank Joy of Jazz organisers persuaded Khumalo to re-stage the concert in similar vein.

Her unbridled enthusiasm bursts forth as she describes what jazz lovers will witness on the night. “The name itself is open to different interpretations. It’s a love song that Bheki Mseleku composed and I wrote the words. In the show we explore all matters of love. We talk about spiritual love, love for nations, love of self, love for others, romantic love and love for children. These aspects are explored through a variety of songs. We have our own band and I will also be showcasing a young singer I discovered, Sifiso Khanyile, who worked as a backing singer for many years with different people.

“He is now stepping out. We have just finished making a record with him and its beautiful, beautiful stuff,” she says.

The new generations
Part of her plan at Standard Bank Joy of Jazz is to introduce audiences to new talent, something she is passionate about.

“Because I do not do much teaching formally, I feel that the least I can do is give young singers an opportunity to be heard. It was done for me many years ago, and I just feel it’s the right thing for me to do now.”

She is overjoyed to be performing at Joy of Jazz again and sharing the stage with so many musical luminaries. She has performed once before and then served as musical director for a Soul Sisters collaboration some years ago.

Khumalo finds time to embrace other projects close to her heart. “I’m involved in a music project in KZN that my father started some 30 years ago. I am actively involved in trying to raise money for the programme there and I am also involved with SA Business Women in the Arts, and that kind of activity keeps me on my toes. This is a very important space for me to be in.”

An insatiable appetite for music
Asked about recording plans, Khumalo said she was due to record another album this year, but other projects took priority. “I decided I wasn’t going to rush it, but I am now looking at recording early next year.”

Sibongile remains one of South Africa’s most celebrated performers, a singer who continues to exemplify the Southern African singing tradition of the past. During her glittering career, she has repeatedly demonstrated her insatiable appetite for music and a profound belief that music belongs to everybody and is not the exclusive domain of one group only.

Many say that she could have been the star of any major European or American operatic stage but Sibongile decided to remain with her people in South Africa and make a valid contribution to their welfare and upliftment.

For more from the Standard Bank Joy of Jazz, see our special report.