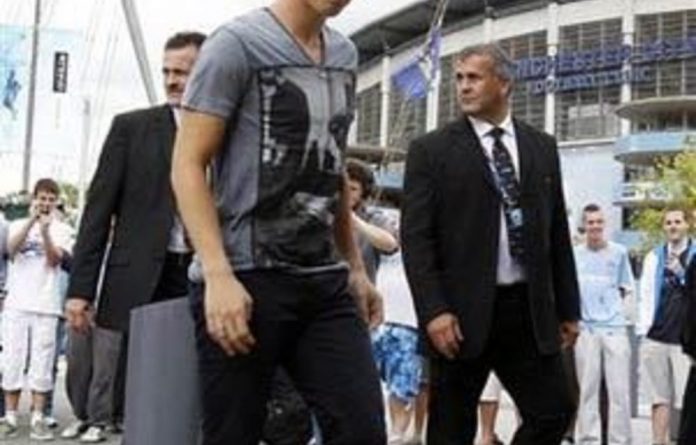 The club did not give financial details of the deal but local media reported the transfer fee for the player, who will wear the number 19 shirt, was around £25-million ($41-million).

“The 24-year-old, adept in both wide and central roles, arrives in time to merit consideration for Sunday’s game at White Hart Lane against Tottenham, his former club Arsenal’s fierce rivals,” City said in a statement on their website.

Television pictures showed Nasri signing autographs and posing for photographs with fans outside City’s stadium as manager Robert Mancini finally got the player he has been wanting to sign for much of the close season.

Mancini has spoken of his frustration at the time it has taken to bring Nasri to Manchester, saying he would have preferred to bring him in earlier so he could get to work with his team mates before the season started.

The Italian will have to work out how to fit Nasri into a team that already boasts another playmaker, David Silva, and attacking talent such as Sergio Aguero, Edin Dzeko, Carlos Tevez and Mario Balotelli.

Perfect start
With City gearing up for their first Champions League campaign when the group stage starts next month, Mancini has plenty of chances for squad rotation.

Mancini has hinted he has not quite finished shopping in this transfer window, which shuts at the end of August, having replied “I hope not” when asked last week whether Nasri would be the final player to arrive at the club.

Since being taken over by the Abu Dhabi United Group in August 2008, City have spent an unprecedented amount for British soccer on buying top players.

In 2009, they bought Tevez, Gareth Barry and Emmanuel Adebayor. During the August 2010 transfer window their outlay was around £130-million on players such as Yaya Toure, Silva and Balotelli.

Under Mancini, who took over as manager in late 2009, City finished third in the Premier League last season, one place above Arsenal. City also won the FA Cup, their first major trophy in 35 years.

City have enjoyed a perfect start to the new Premier League season by winning both games to top the table on goal difference ahead of champions and neighbours Manchester United. — Reuters