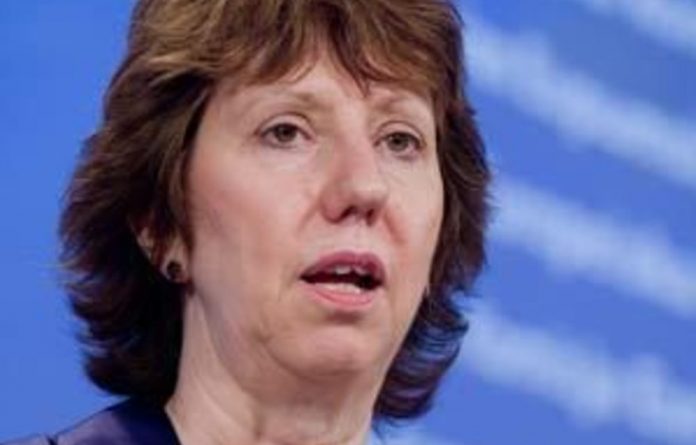 “Faced with the worst droughts in 60 years, over 12-million people in Somalia, Kenya, Ethiopia, Eritrea and Djibouti are in urgent need of food, water and shelter,” Ashton said on Wednesday, the eve of an African Union international donor conference in Addis Ababa in Ethiopia.

“The situation is grave, and it is a moral obligation of the international community to offer its help,” she said.

Citing EU commitments she tallied at nearly €1.3-billion through until 2013, she said the 27-state European Union “calls on those attending … to continue to do likewise” in raising their own levels of aid.

The demands are huge, with a $1.1-billion shortfall from a total $2.4-billion needed, according to the UN’s Office for the Coordination of Humanitarian Affairs (OCHA).

Somalia is the worst hit, with several southern regions in famine, where more than 390 000 children are at risk of dying from malnutrition, according to OCHA.

The UN has described Somalia, ravaged by a civil war that began in 1991, as facing the most severe humanitarian crisis in the world.

Campaign organisers have said the African Union (AU) should offer a minimum of $50-million to relief efforts. The AU has so far pledged $500 000.

Ashton said the EU’s immediate humanitarian commitment for this year had risen from €97-million to €158-million, while national aid pledges from its member states totalled a further €440-million.

The money has been used to provide food, health care, water and sanitation facilities from Somalia to a refugee camp in Kenya.

She said another €680-million in long-term aid is focused on “agriculture, rural development and food security”.

She underlined: “Drought comes on top of many other problems facing the countries of the Horn of Africa.”

She also highlighted the role of anti-piracy efforts off the coast of Somalia. — AFP