A country divided over Strauss-Kahn’s reputation 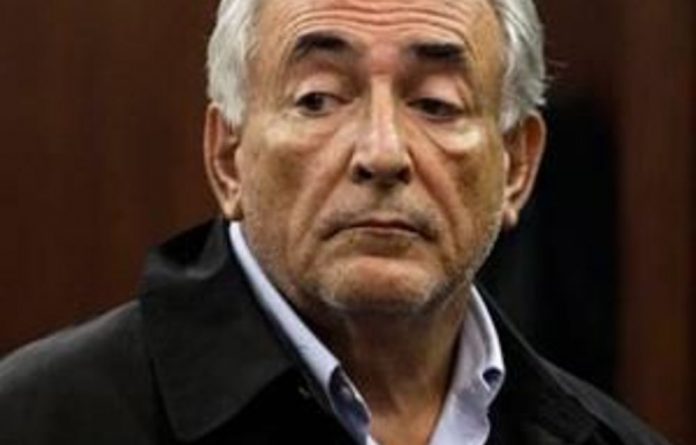 The spectacular collapse of the rape case against Dominique Strauss-Kahn has prompted a bout of soul-searching in France amid fresh debate over how clean the former presidential hopeful has emerged from his American “ordeal”.

As Strauss-Kahn celebrated his victory and prepared to collect his passport from police in New York, friends and supporters in France declared him blanchi — literally whitened — cleared and vindicated after accusations that had blackened his name and stymied his attempt to become the next president of France in 2012.

Others, even those from the traditional left, believe that the Socialists’ one-time “providential man” will fly home less blanchi and more a grubby shade of grey.

Commentators veered between outrage at Strauss-Kahn being paraded in handcuffs after his arrest in May and admiration for the US justice system’s dealing with the case rapidly and letting him go.

The philosopher Daniel Salvatore Schiffer, a Strauss-Kahn defender, described the court’s decision as “courageous and honest” and said it had allowed the emergence of “if not the truth, which we will probably never know — at least impartiality”.

But Le Monde pointed out that Strauss-Kahn (62) who was forced to quit as head of the International Monetary Fund, had not been “totally whitened” as the case had been dropped because of a lack of witnesses or proof that the “hasty sexual relations” between him and chambermaid Nafissatou Diallo were forced.

On the eve of the Socialist party’s summer conference in the seaside town of La Rochelle, where six rival candidates for the presidential nomination will gather this weekend, some felt the return of the left’s former champion was an unwelcome distraction.

‘Victim of his own carelessness’
Most of his supporters are now backing other candidates, including frontrunners François Hollande and Martine Aubry. Hollande has spoken of Strauss-Kahn’s economic expertise being “useful to his country” but nobody is seriously suggesting the rules of the primary election be altered to allow him to stand.

Le Monde believed the events in New York had put paid to Strauss-Kahn’s 2012 presidential ambitions, having “lifted a veil on aspects of his personality, his relations with women and with money”.

“Like most French male politicians he felt protected by our tradition of respect for private matters,” it wrote, adding that he was the “victim of his own carelessness”.

An editorial by essayist Pascal Bruckner in the newspaper, headlined “The DSK affair reveals a sad image of America”, highlighted the cultural chasm between French views of sex and relationships and those of “Les Anglo-Saxons”. Bruckner described a sheriff on a Florida beach ordering him to cover his naked two-year-old daughter, as an example of the US’s “problem with sex”, which he described as “twisted puritanism” resulting from the alliance of “feminism and the Republican right”.

France’s national philosopher, Bernard-Henri Lévy, who outraged many with a string of outbursts in which he described the treatment of his friend in America as “utterly grotesque” because he was “not some commoner”, was equally outspoken. In an extraordinary interview with Nice Matin newspaper he described the chambermaid’s defence as “a masquerade” and said her lawyer had “reached the summits of obscenity”.

‘Rutting chimpanzee’
Many French papers have contrived to portray Strauss-Kahn as the victim of a mendacious, money-grabbing woman and a foreign legal system. A front-page cartoon in Le Monde after Diallo’s lawyers launched a civil suit against Strauss-Kahn showed her vacuuming bank notes from DSK’s pockets.

The affair also led to qualms about Strauss-Kahn and his heiress wife Anne Sinclair’s gauche caviar lifestyle. That they were paying more than £30 000 a month for a Manhattan townhouse, £170 000 a month for detectives and lawyers and had produced more than £3.5-million in bail guarantees sat uneasily with some Socialists.

Another stain yet to be blanchi is the attempted rape investigation Strauss-Kahn faces in France. The journalist and writer Tristane Banon claims he assaulted her when she went to interview him in 2003, accusing him of behaving like a “rutting chimpanzee”, allegations his lawyers have dismissed as “fantasy”.

“Sex, lies and a case dismissal,” wrote the tabloid France Soir. “But DSK hasn’t yet completely finished with the justice system.”

Strauss-Kahn seemed in no hurry to return home. On Tuesday night he celebrated his victory at L’Artusi, a fashionable restaurant in Manhattan’s West Village, with his wife and daughter. Lawyers said he intended to spend his first full day of freedom retrieving his passport from prosecutors and might then head to Washington, where he has a townhouse in Georgetown.

Abandoned
“I’m looking forward to going back to France very soon,” Strauss-Kahn said outside the $50 000-a-month Tribeca townhouse he rented while facing the assault charges.

Ken Thompson, Diallo’s lawyer, told CNN his client was “devastated” by the verdict. “She has told the truth about what happened in that hotel room. She can’t understand why Manhattan district attorney Cyrus Vance would abandon her. She and her daughter have been crying through the night,” he said.

Diallo intends to pursue her civil action against Strauss-Kahn but his lawyers are confident that they can fend that off too. “She doesn’t have much, if any, chance in a civil case. The same difficulties, the same lies will come back to haunt her in a civil case,” said his attorney William Taylor.

Vance refused to answer questions about whether he would bring perjury charges against Diallo. He is facing political fallout for his handling of the case. Senator Bill Perkins, a Democrat representing Harlem and a vocal supporter of Diallo, said the case had been “mishandled”. Before the decision he wrote that if the charges were dismissed, it would be “a travesty for all rape victims and for ‘due process’.” —