An afternoon in Argentina 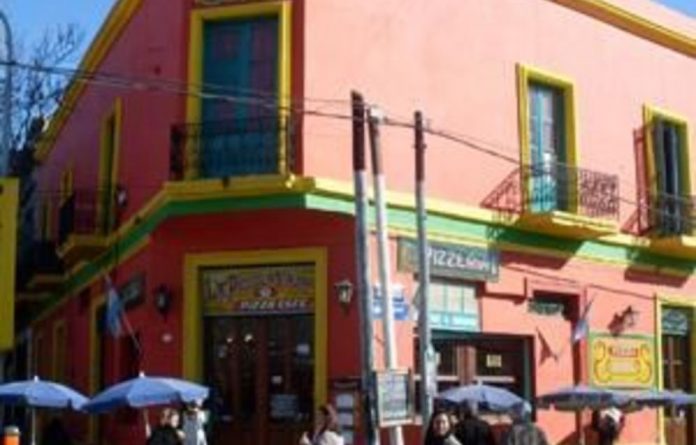 It was a Monday afternoon, barely 24 hours since we had arrived in Buenos Aires.

The winter sun was shining optimistically, as if it could sense our excitement at the beginning of a spectacular holiday. But there was also a slight bite in the air — a hint that maybe not all was as peaceful as it seemed.

The three of us had decided to spend our first day sightseeing in La Boca, arguably the most touristy neighbourhood in all of Buenos Aires, and home to famed soccer team Boca Juniors. Our mission was simple and straightforward: wander around the Caminito and have lunch at El Obrero.

The former is a pedestrian walkway where colourful houses sit jam-packed like Lego blocks, cute and kitsch curiosities abound, and the legendary tango is performed on small wooden stages outside cafés. The latter, El Obrero, is one of the best eateries in the Argentine capital. It’s a hidden gem that’s been around since the 1950s and apparently didn’t have a table open for Bill Clinton when he stopped by.

The Caminito was predictably pretty. Along with representatives from most of the western world, we wandered and wondered and took our fair share of photographs. We were in a happy exploring mood and didn’t think twice about walking the eight blocks to El Obrero.

Dangerous encounters
But the next few moments were a blur. An innocent stroll down a quiet street turned into an adrenaline-packed struggle as three wayward locals rushed at us, trying to grab our bags and cameras. But screaming and shouting, pushing and pulling, running and kicking, these three South Africans were not scared.

Once the neighbourhood dogs joined in the cacophony, the men (who were thankfully unarmed) had nothing left to do but flee — without any loot.

Another 10 minutes later, after a final frantic sprint and hysterical taxi ride, we were seated at El Obrero, gasping, trembling and gulping large glasses of whisky. Little did we know that, adrenaline rush and near-death experience aside, the meal awaiting us was one of the best of our lives.

El Obrero is an unpretentious bodegon (tavern), where the walls are adorned with sports memorabilia, photographs of soccer stars and customers, and the ubiquitous blackboard, announcing the daily menu.

With broken Spanish and wild gesticulation, we explained to the middle-aged waiter what preceded our visit to his restaurant. Although shocked and more than forthcoming with soothing alcohol, his main concern was that the meal ahead would be the most exciting part of our day. And so it was.

Land of plenty
As with most meals in Argentina, we started with a basket of crusty white bread rolls, tiny bowls of butter, and chimichurri, an uncooked dressing consisting mostly of chopped parsley, garlic, oregano, chilli, oil and vinegar. Next came battered squid rings and two fat chorizo sausages — more than double the size we’re used to back home — which we cut into bite sizes and nibbled on whilst waiting for the pièce de résistance.

The bife de chorizo was the most magnificent cut of beef we’d ever had the privilege of eating. A variation on sirloin, and a standard on all Argentine menus, it was served unseasoned and unaccompanied on a stark white plate — a thick slab of juicy perfection. We had it with a side of chunky deep-fried chips, a simple salad of rocket and parmesan, and the other Argentine favourite, malbec.

The frenetic chewing and swallowing of earlier magically subsided whilst we applied ourselves to the bife de chorizo. Savouring the magnificent grass-fed beef for which Argentina is famous, we were silently thankful that not even an ambush kept us from experiencing it.

Two hours later we were happily stuffed. But we had, after all, narrowly escaped death (or at least the horror of a camera-less holiday) and deserved as much consolation as possible. Enter dessert: flan casero mixto (baked custard with whipped cream and dulce de leche) and pave de vainilla casero con dulce de leche (vanilla pave with a large dollop of aforementioned caramel). Shared between the three of us, these comforts were the perfect ending to a spectacular meal and a manic first day.

But maybe next time we’ll take a taxi straight there.


Go to www.eatout.co.za for more restaurant listings and reviews.

In two recent documentaries, we finally get up close to the complicated sadness of Argentina’s original football deity
Read more
National